Artworks for all Age Groups 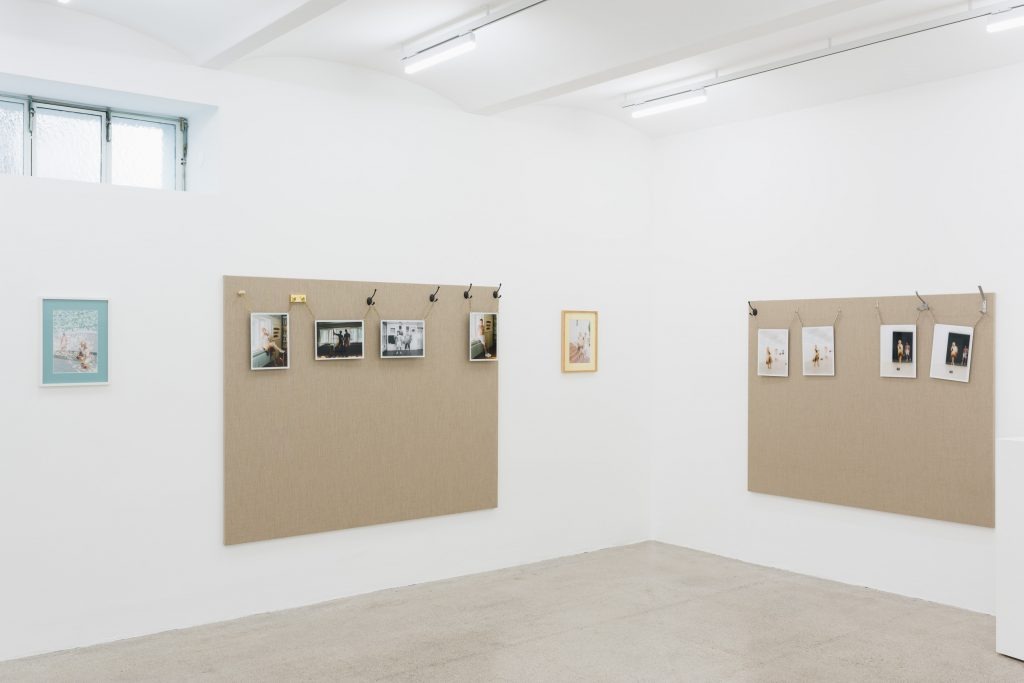 Philipp Timischl’s expansive multimedia tableaus combine personal notes from the humdrum of daily life with found materials to build narrative structures. Balancing between documentation and fiction, between the private and public spheres, they play with intimacy and self-reference. Major themes in Timischl’s art include the lasting influence of our roots, exclusion, and queerness in relation to social classes as well as the power dynamics between art and its audience.

One recurring media element that has already emerged as a signature feature of the young artist’s growing oeuvre are hybrid towers combining a flat-screen monitor with a canvas mounted directly above it. With their conjunction of two image fields, these sculptures echo traditional forms in the history of art such as the diptych or collage. Timischl’s installations usually play out on several such towers. The seamless fusion of painting and technology extends to the motifs as well. The interplay between static and time-based digital images weaves dense textures, although the disparate visual material does not congeal into a single unified narrative, which is merely hinted at in the manner of vignettes.

A similar play with ambivalence is evident in the titles of Timischl’s exhibitions: consider Philipp, I have the feeling I’m incredibly good looking, but have nothing to say (21er Haus, Vienna, 2013), They were treating me like an object. As if I were some sextoy or shit. I don’t wanna see them again (Künstlerhaus, Halle für Kunst & Medien, Graz, 2014–15), or Hostile Habits Domestic Monuments, Class Drag (Galerie Layr, Vienna, 2017). Like many of the titles he chooses for his works, they quote a variety of sources including TV shows, books, movies, as well as conversations he happens to overhear in the street.