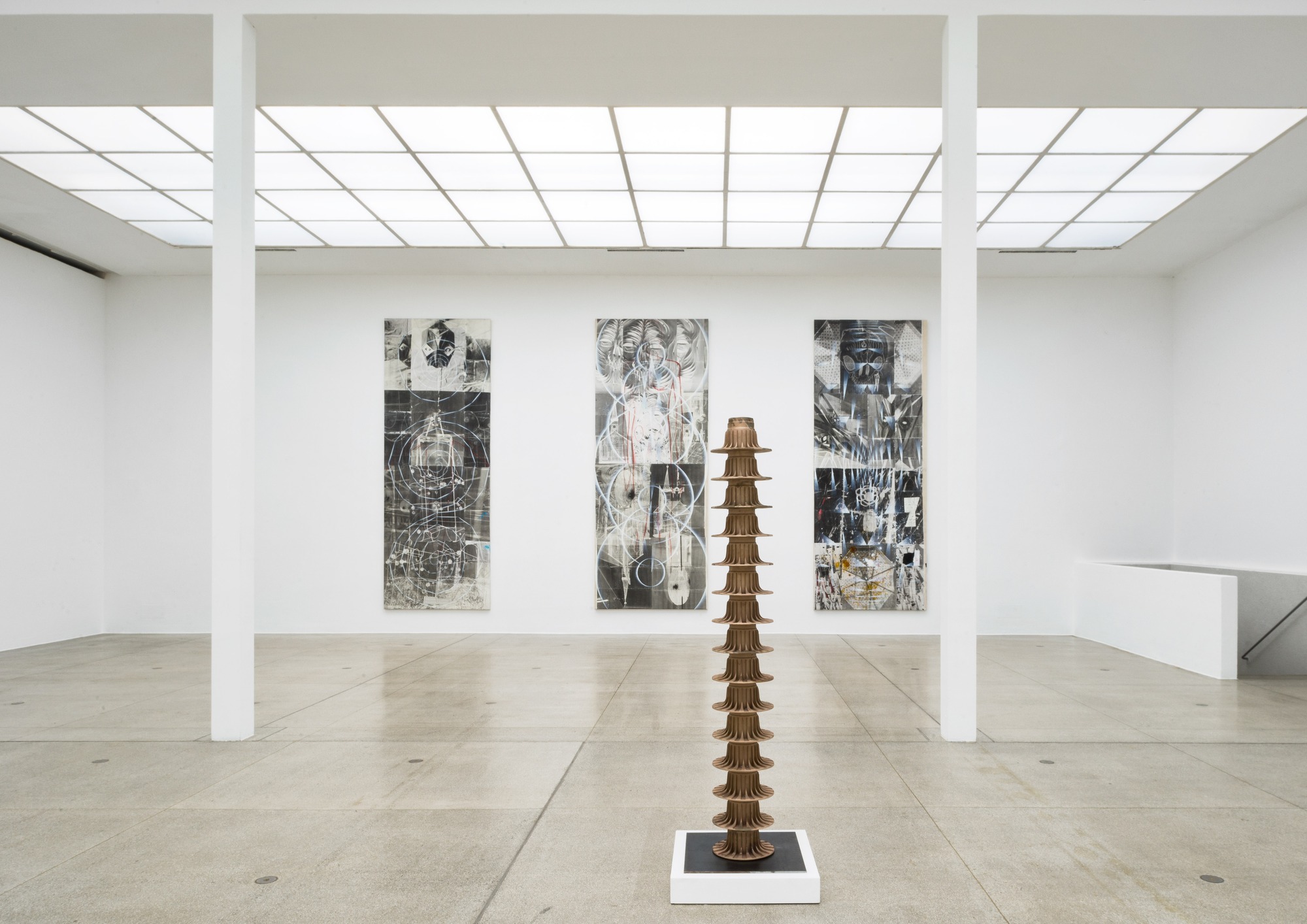 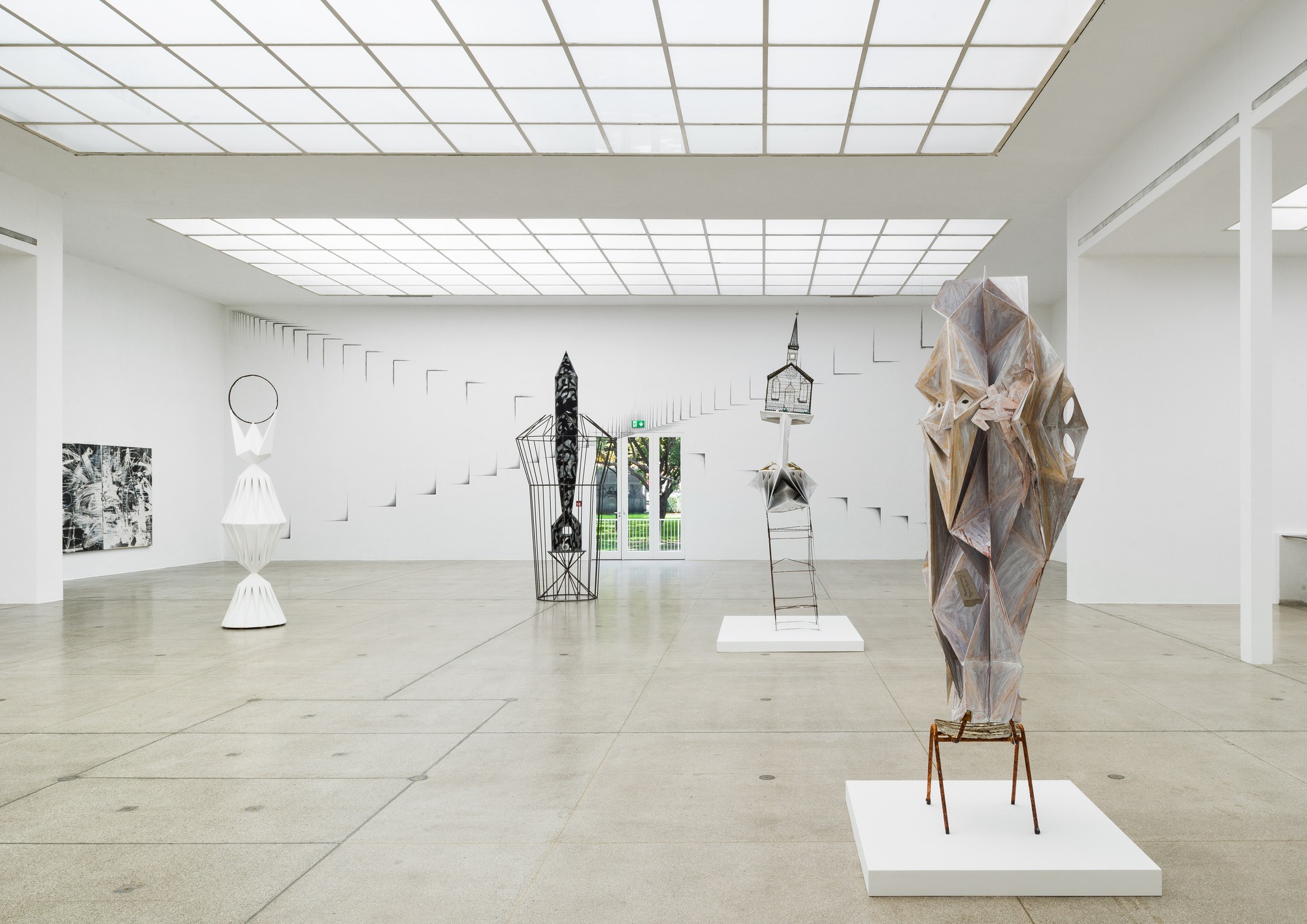 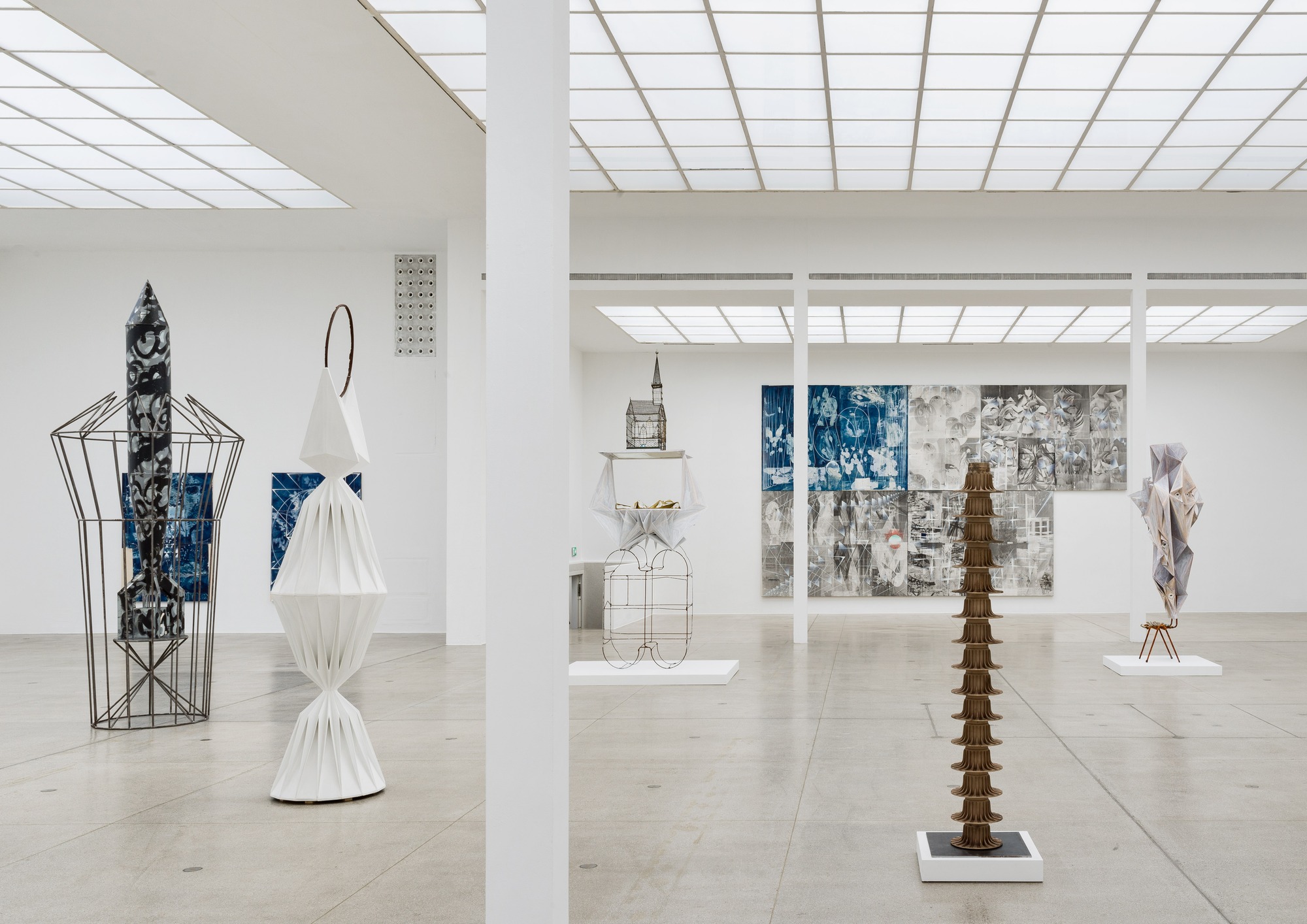 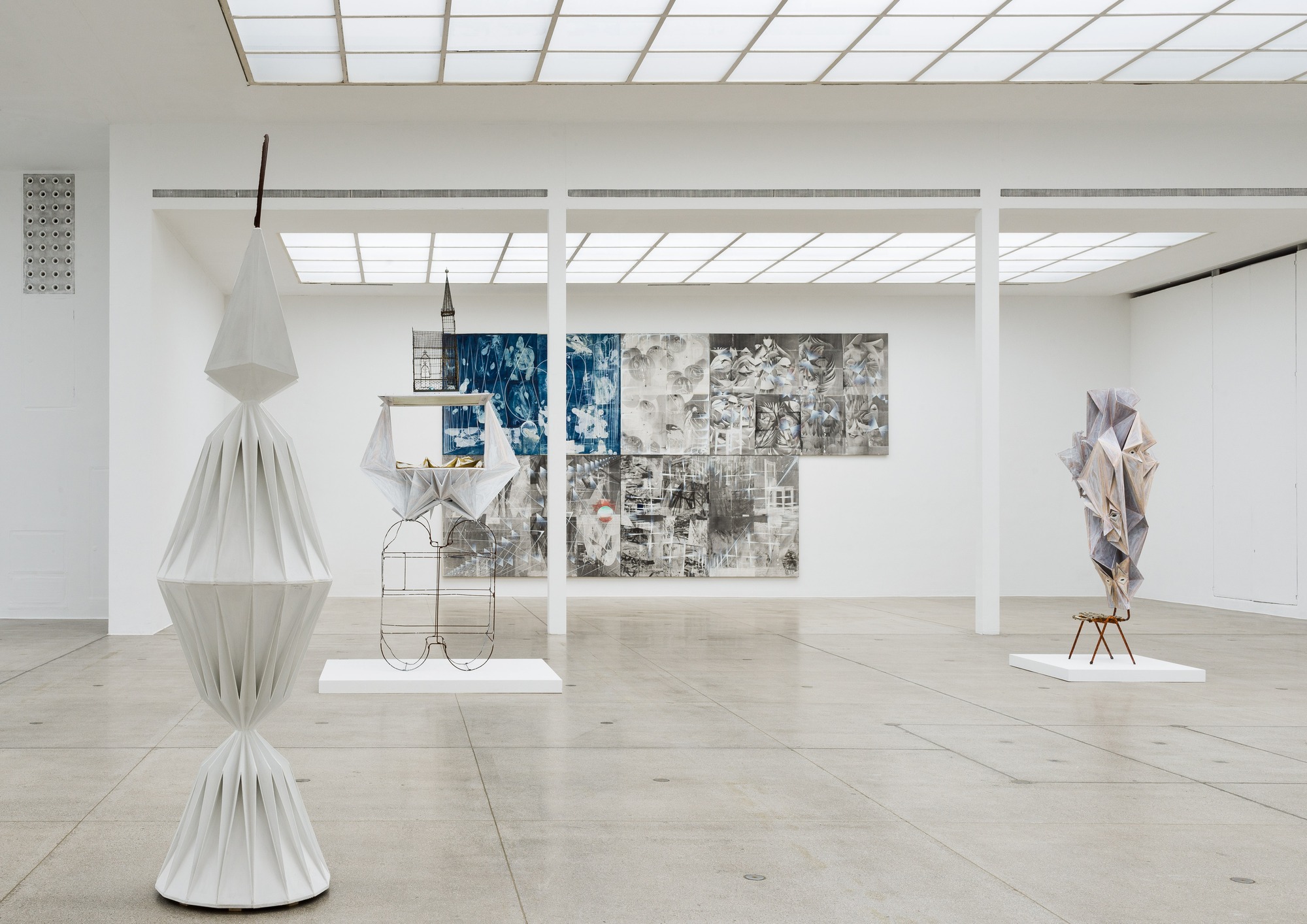 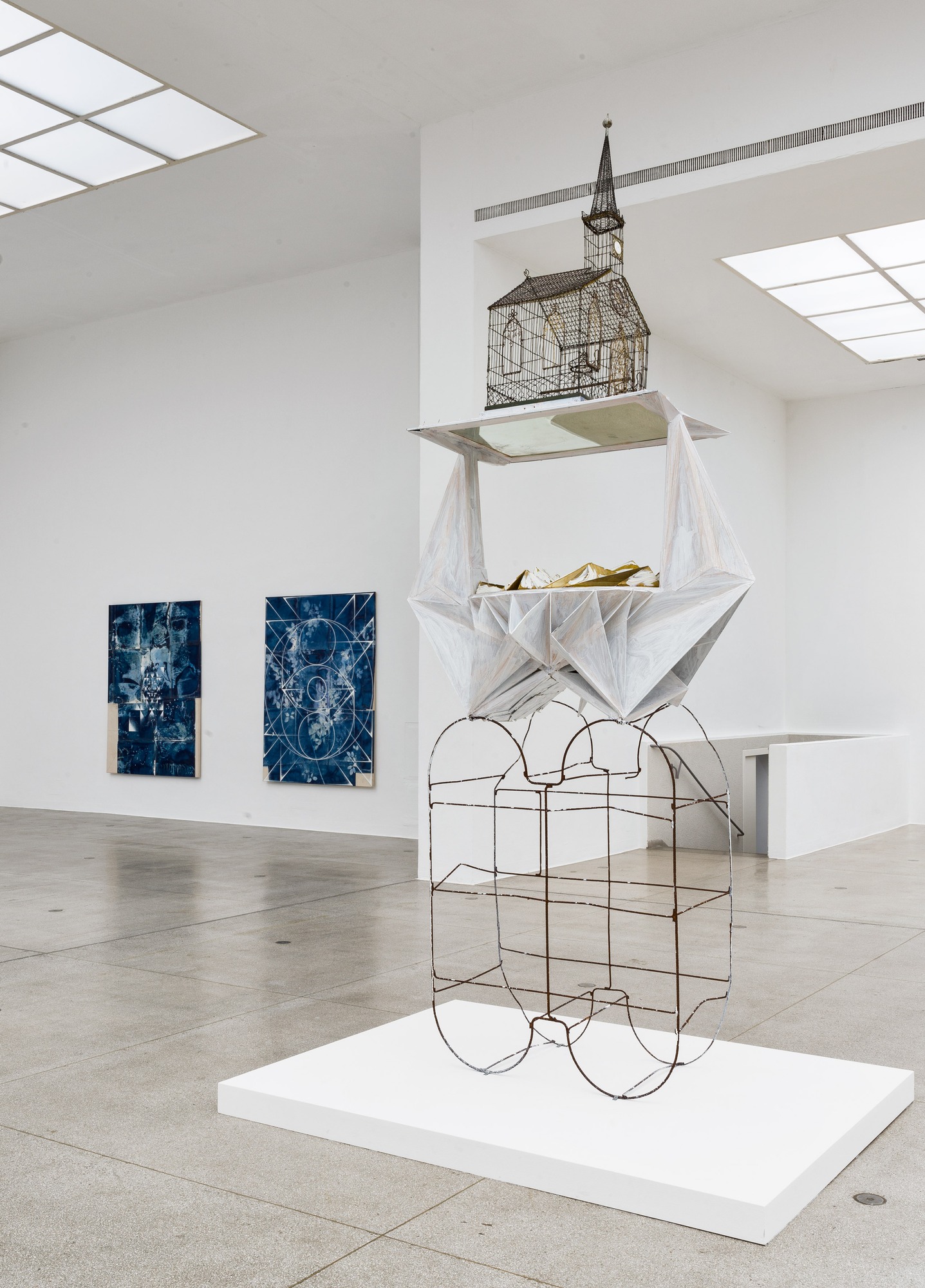 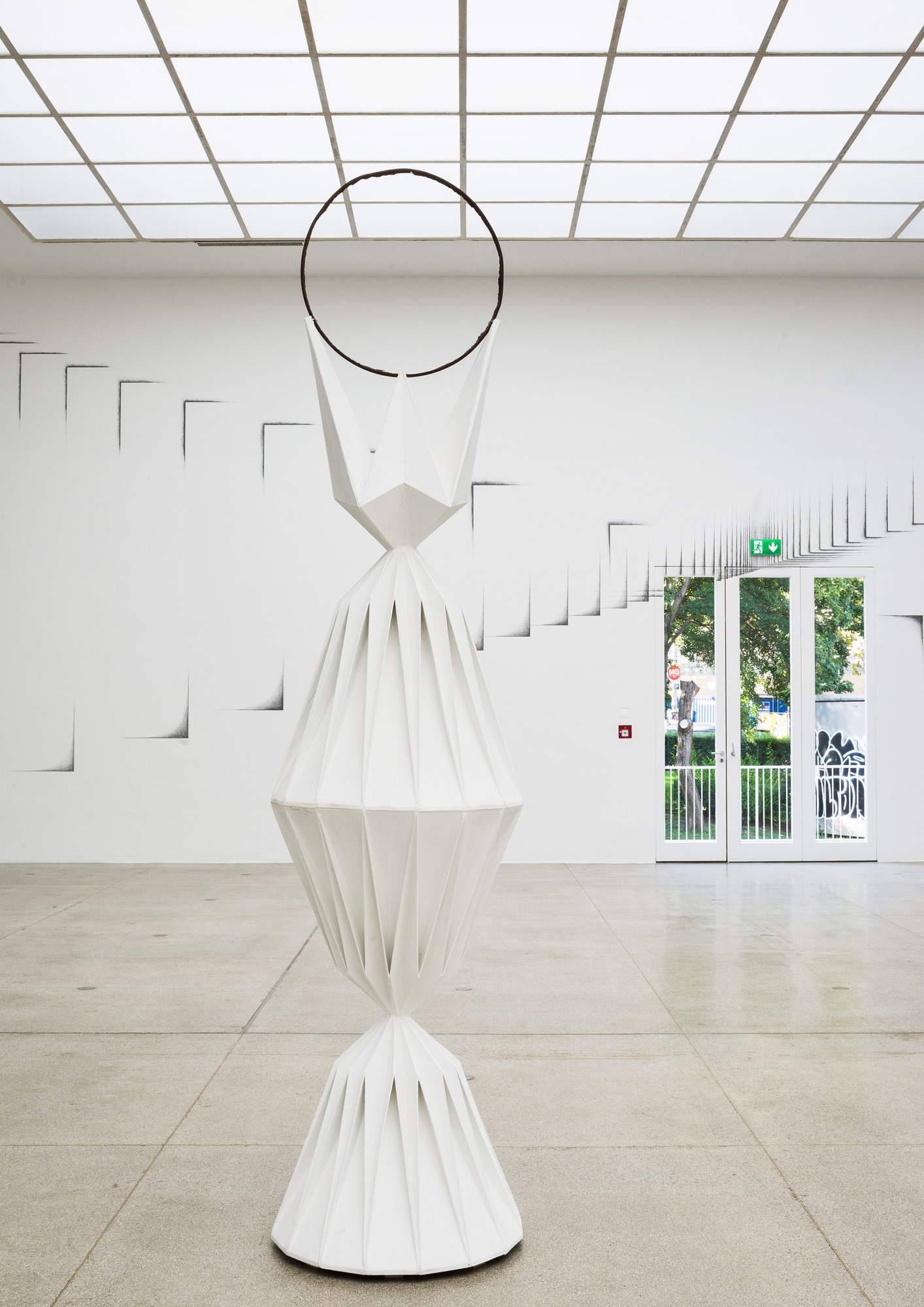 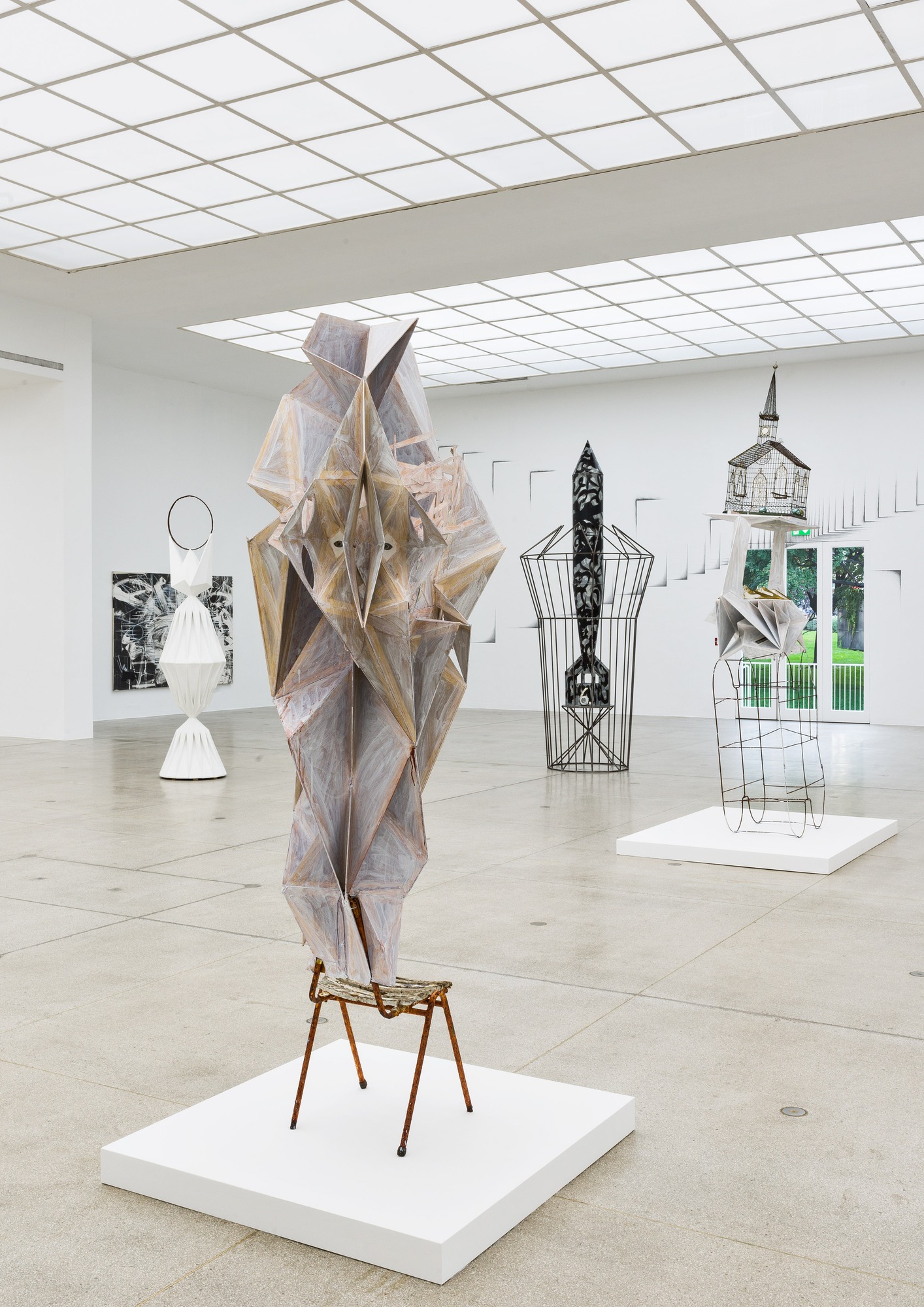 As the artist sees it, a church or cathedral is not a functional structure; synthesizing diverse arts—architecture, sculpture, and painting—it possesses a beauty that is an end in itself. With a nod to the Kantian idea of disinterested pleasure, Kaiser argues that all art—his, certainly—aspires to beauty in this sense. Made in the studio, his work does not depend on the interaction with a specific exhibition site. And yet the half-laconic, half-ironic title he has chosen for his show, which translates as In the Cathedral, transplants us into an ecclesiastical space and hints at the possibility of a spiritual experience. It is a deft stratagem, drawing a connection between the Secession—conceived at the dawn of modernism as a total work of art and “temple” of beauty—and his own oeuvre while questioning the institution’s status and signaling critical distance.

Kaiser’s pictures combine photography with painting and graphic art. Photographs recorded with a homemade camera obscura as well as cyanotypes and photograms made without the use of a camera are the material he subsequently reworks in a painterly process. When defects such as stray light in the camera occur, Kaiser embraces them as traces of contingency and an index of his creative process. An artist who is keen to point out that he should not be identified with what he does, he notes that wit and humor are key elements in his work.

Each photo from the pinhole camera with the impressive image size of 100 x 75 cm consists of several sheets of photographic paper, and his pictures, usually in large formats, are in turn composed of multiple photographs pasted onto the canvas. The basis of his works, then, is always already a collage, synthesizing different motifs as well as the iteration and variation of a single motif on one surface and lending the pictures a distinctive rhythm and complexity.

He combines techniques that require preparation and planning and do not generally lend themselves to impromptu expression with painting, a medium in which gesture and the artist’s physical interaction with the canvas read as signals of immediacy, spontaneity, and expressiveness. Kaiser toys with this ambiguity on several levels, making his works scenes of a clash between contingency and planning, conception and improvisation. The artist’s emphatic distrust of simple explanations and inexhaustible delight in the enormous variety of the visible world recognizably informs his work.

Eyes, ritual masks, a model of a church, and other references from the artist’s studio are central motifs in his work, making frequent appearances in both pictures and sculptures. Most recently, the two genres seem to be coalescing: elements from the sculptures, cobbled together out of a variety of materials, figure in the pictures as photographic images; the sculptures, in turn quote structures and motifs from the pictures.

Folding and geometric forms as well as the use of straightforward and “poor” materials are the defining characteristics of Kaiser’s sculptures, objects, and three-dimensional wall pieces. Their sometimes futuristic shapes are also reminiscences of the avant-gardes and early modernism. The reference to avant-gardistic tendencies of the twentieth century is underscored by the artist’s choice of materials: forms folded out of cardboard and paper, sometimes in conjunction with found and repurposed everyday items, lend his objects the ephemeral aspect of models or prototypes. Just as crystalline patterns in prismatic repetition often constitute the compositional scaffolds of the paintings, the sculptures are constructed from reiterated geometric forms.

Patterns generated by the repetition and perspectival distortion of simple graphic elements sprawl over Kaiser’s canvases and tie the different elements of his compositions together. In an enormous mural produced on site, he isolates this design principle and demonstrates the fascinating effect of what is at bottom a simple but striking technique.

Tillman Kaiser was born in Graz in 1972 and lives and works in Vienna.
www.secession.at