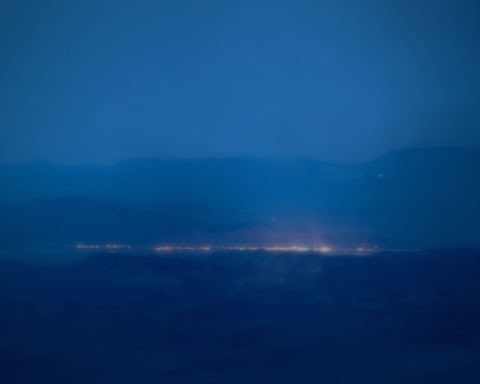 Paglen often uses sophisticated technology including special cameras and high-precision telescopes developed for space photography with focal lengths of up to 7000 mm—for example to take pictures from great distances of isolated military facilities in the deserts of the United States. For one of his latest works, The Other Night Sky, he used long exposure to document 189 orbiting satellites that make up a network used by the CIA for seamless global surveillance.

His works are preceded by meticulous observation, research, and data gathering. As well as the use of advanced photographic techniques and the programming of software to obtain data, his working methods include exchanging information with international networks of amateurs such as aircraft and satellite spotters. Such observers were instrumental in uncovering the secret air transfers (extraordinary rendition flights) to destinations including Guantánamo Bay, which brought prisoners to sites outside the United States for interrogation and torture. Paglen was one of the first artists to document these flights, recording his findings in his book Torture Taxi (published with A.C. Thompson, 2006).

With his work, Trevor Paglen takes his place in the history of political art activism, which has a long tradition in the United States, especially since the Vietnam War, with particularly deep roots in Berkeley, where Paglen teaches at the University of California.

For his exhibition at the Secession, Paglen will develop a new work.

Trevor Paglen (*1974 in Maryland, USA) is an artist, writer, and experimental geographer. He teaches at the Department of Geography at the University of California, Berkeley.