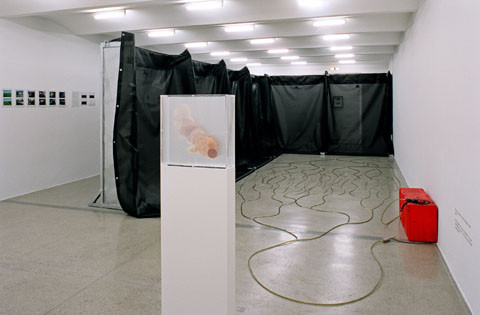 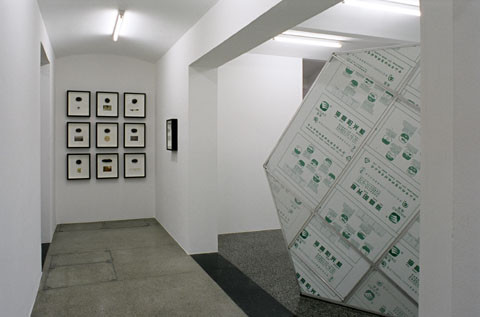 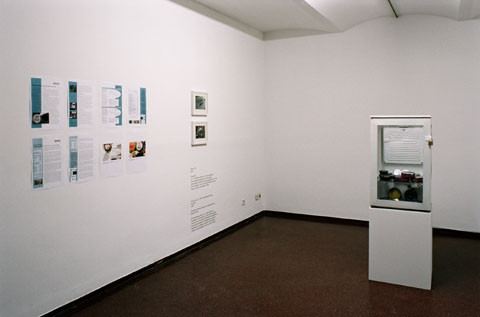 How do we define our role in the world? This is the question asked by Danish artist Tue Greenfort, who sees humanity as a marginal part of a far greater whole and who identifies a close link between the question of progress—be it technical, cultural or interpersonal—and our ability to rethink our position in the world. Greenfort’s works reflect his interest in issues of ecology and economics: thinking in global terms, he examines our approach to environmental protection and biodiversity, to resources and sustainable development in view of dwindling supplies of certain materials, relating these themes to the system of art.

Tue Greenfort’s projects are characterized by interdisciplinary openness and a “scientific” approach based on extensive research. MEDUSA, the artist’s first major solo exhibition in Austria, focuses on the complex links between monoculturalization and its consequences, such as the loss of diversity and habitats, both in nature and in urban public space. The show occupies spaces throughout the Secession building, including some not usually used for exhibitions.

Betting up a caviar bar in the former café of the Secession, Greenfort focuses attention on the links between the caviar trade—an extremely lucrative business, with a kilogram of beluga caviar costing up to 7000 euro—and the threat of extinction to the beluga sturgeon (Huso huso), one of the Earth’s oldest species. In spite of a UN convention protecting it, poaching seems to be beyond any form of control. Greenfort relates this development to a notion of luxury and wealth, and to cultural production, the idea of art as a luxury and market value as opposed to autonomous artistic work. In cooperation with WWF Austria and the Austrian Finance Ministry, the artist was able to obtain caviar confiscated by the customs authorities, which he presents as a readymade. This precious commodity is displayed embedded in a narrative of the history of preindustrial sturgeon fishing using historical photographs.

In another project developed specially for the Secession in cooperation with Vienna Butterfly House, Greenfort focuses on the threat posed to biodiversity by structural changes to habitats in the spread and intensification of monocultures. In each of a series of brief interventions by performer Mia Parmas, visitors to the exhibition will be shown a living specimen of an exotic species of butterfly that is threatened with extinction and which is therefore being bred at the Butterfly House. The exclusivity of the exotic species is contrasted—also in terms of its unspectacular appearance—with the common European cabbage white that is able to adapt perfectly to monocultures and thus to today’s living conditions. This species is presented in the form of a specimen prepared by the artist in the style of traditional natural history collections. Thus the usual scale of values is inverted, using this moment of fleetingness to call into question both artistic forms of representation and the values of collectors.

TUE GREENFORT, born in 1973 in Holbæk (Denmark), lives and works in Berlin.