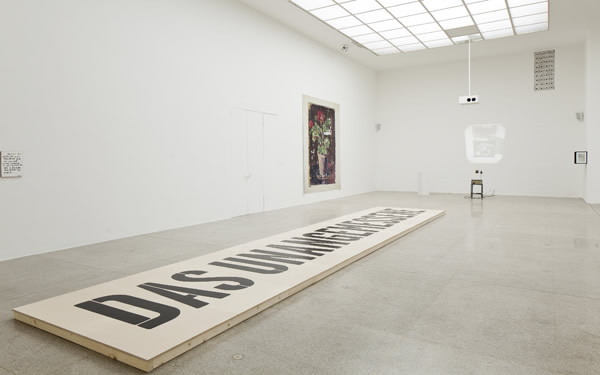 The annual group show has become a firm fixture in the Secession’s program of exhibitions and events. The curators invited to stage this exhibition are tasked—like the artists themselves—with creating a new project premised on as much latitude as possible with regard to content. Among the internationally acclaimed personalities who have risen to the challenge in recent years are Pierre Bal Blanc, Moritz Küng, and Catherine David.

This year, the series will continue with a very special project: Unrest of form. Imagining the Political Subject, an exhibition parcours curated by Karl Baratta, Stefanie Carp, Matthias Pees, Hedwig Saxenhuber, and Georg Schöllhammer with their concept of inquiry into the political subject and possible forms of aesthetic action at the interface of stagecraft, performance, and the fine arts:


“How can the art of today foster resistance against economic structures in which it participates itself nolens volens? Hasn’t all the potential of everything “difficult” and non-conformist long been annihilated behind the facades of spaces conceived as areas of freedom? Isn’t the project of a political aesthetic that extends beyond the type of activism guzzled up by the media something we must now view as being truncated and sidelined? And finally, can this “historical aporia” (as it might justifiably be designated) be heightened to such an extent that the artistic imagination of political subjectivity can unfold anew in response?

Questions such as these form the point of departure for the project Unruhe der Form/Unrest of Form. The Secession and exhibition spaces at the nearby Akademie der bildenden Künste (Academy of Fine Arts) and the MuseumsQuartier are integrated into this cross-genre exhibition parcours. Artistic contributions, lectures, concerts and performances add vitality to the pathway traced out by these exhibition spaces and – oscillating between the fine and performing arts – delineate the shape that might be assumed by an agora of the future and reflect on certain moments of modern art and the avant-gardes of the 20th century. In addition, a series of authors are giving speeches engaging with blind spots in the contemporary political scenario, seeking to address aspects that are missing from public discourse or are simply viewed as disruptive.”