Utopian Pulse – Flares In The Darkroom 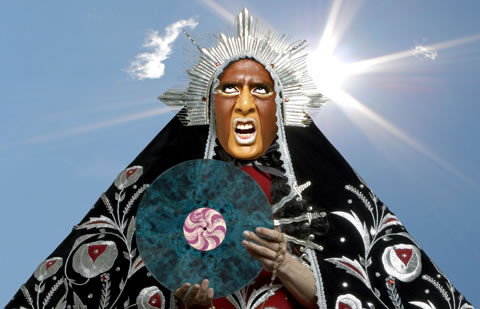 We understand "Utopia" as an always incomplete alternative, the invocation within the given world of something incompatible with, and hostile to, given conditions. It is a negation of the given and a recognition of "something missing," but also a necessarily imperfect assertion of that which is not—yet. The work will follow utopian projections that serve the purposes of secession from and resistance to our particular present. The "negative" or "critical" version of the utopian "impulse" is not just a matter of satire, or listing what's wrong with the world as though listing it could change it. Utopia, rather, is the assertion of the unrealized in and against the real.

Utopian Pulse – Flares in the Darkroom as an exhibition will be divided into eight salons. It seems urgent precisely when the potential imperfectly expressed in the salon is seen as neither a proto-public sphere—that is, one stage in an orderly evolution towards universal convivial conversation—nor pure "courtly" proprietorship, but rather as a partial breach of the prevailing order of class and gender, a disruption that cannot become the public norm because it prefigures total upheaval of what constitutes the "public" and is instead a place for the monstrous birth of new alliances.

Utopian Pulse – Flares in the Darkroom brings together international cultural producers who have substantial artistic and curatorial practices. Over an eight-week period, starting in September 2014, they will show and discuss works of other artists in the gallery of the Secession in Vienna every week. The contributions of the individual artist-curators will not be shown sequentially, but will productively interact with one another. The outcomes—whatever their form—will constitute a collective challenge to the constituent roles of social actors within the field of art in more complex ways than simply as "artists," "curators," and "viewers", in order to imagine new forms of exchange.

An initial preparatory meeting in January 2014 was followed by a public presentation entitled "Salon Klimbim" and orchestrated by the artist-curator Fahim Amir on January 23.
www.secession.at