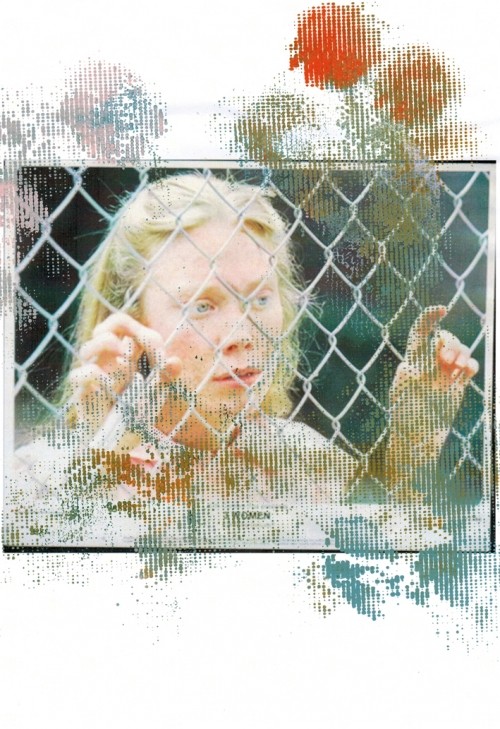 SEPTEMBER is pleased to present the exhibition Blossom on the tree you know how I feel featuring works by Haleh Redjaian and Henry Kleine. Both artists deal with ordering systems, with the interplay between control and “errors”. Redjaian works with drawing and installation, Kleine with painting and installation. The grid in the work of both artists forms a central reference system characteristic of 20th-and 21st-century art, from the Bauhaus and Classic Modernism, to minimal, pop, and Polke, all the way to recent conceptual painting, such as that of the U.S. artist R. H. Quaytman.
The formal rigidity and the repetition principle of the grid, as well as its objectifying, comparing function is taken up, broken up, and imbued with subjective gestures by Redjaian and Kleine in very different ways. As Redjaian and Kleine seek out new formal means of expression in drawing and painting, they negotiate themes such as decay, dystopia, and loss of control, as well as seduction, beauty, and warmth.
Haleh Redjaian, born in Frankfurt am Main in 1971, is a drawer. In her works she develops variable patterns, grids, and ordering systems formed by elementary forms such as lines, triangles, and circles. Her drawings and spatial works are always rendered in connection with everyday objects and architectural details from her immediate environment. In addition, Redjaian uses found paper from notebooks and calendars for her works, in which she reacts to linear structures she has seen. Redjaian repeatedly lets irregularities emerge in found or self-constructed grid systems. She purposefully uses empty spaces or “warm” drawing gestures, which sabotage the ornamental impression. At the same time, her work is full of references to pursuits with female connotations, such as weaving, embroidery, or keeping a diary. Rejaian’s compositions incorporate the universal approach of Bauhaus icon Annie Albers as well as the aesthetic reduction of Agnes Martin and the manic aspect of Hanne Darboven.
Henry Kleine, born in Leipzig in 1978, is a painter. His painting is inspired by everyday, often industrially produced surfaces, as well as media and visual phenomena and is influenced by his search for authentic, immediate expressive possibilities. Kleine belongs to a generation of German painters influenced by the digital revolution who deal with images and discourses faster, more arbitrarily, and less intellectually than their predecessors. But he is concerned with something serious: searching for, finding, tracing, and portraying empathy and authentic feeling. In his most recent paintings, Kleine makes use of the grid structures of PVC structures employed, say, for construction sites or advertising banners. Klein uses them like stencils, giving rise to paintings on which paint is applied to the background through holes in the fabric. Existential feelings become visible in the painting process due to the material properties and the idea that “what you can’t see, you can’t control.”
www.september-berlin.com