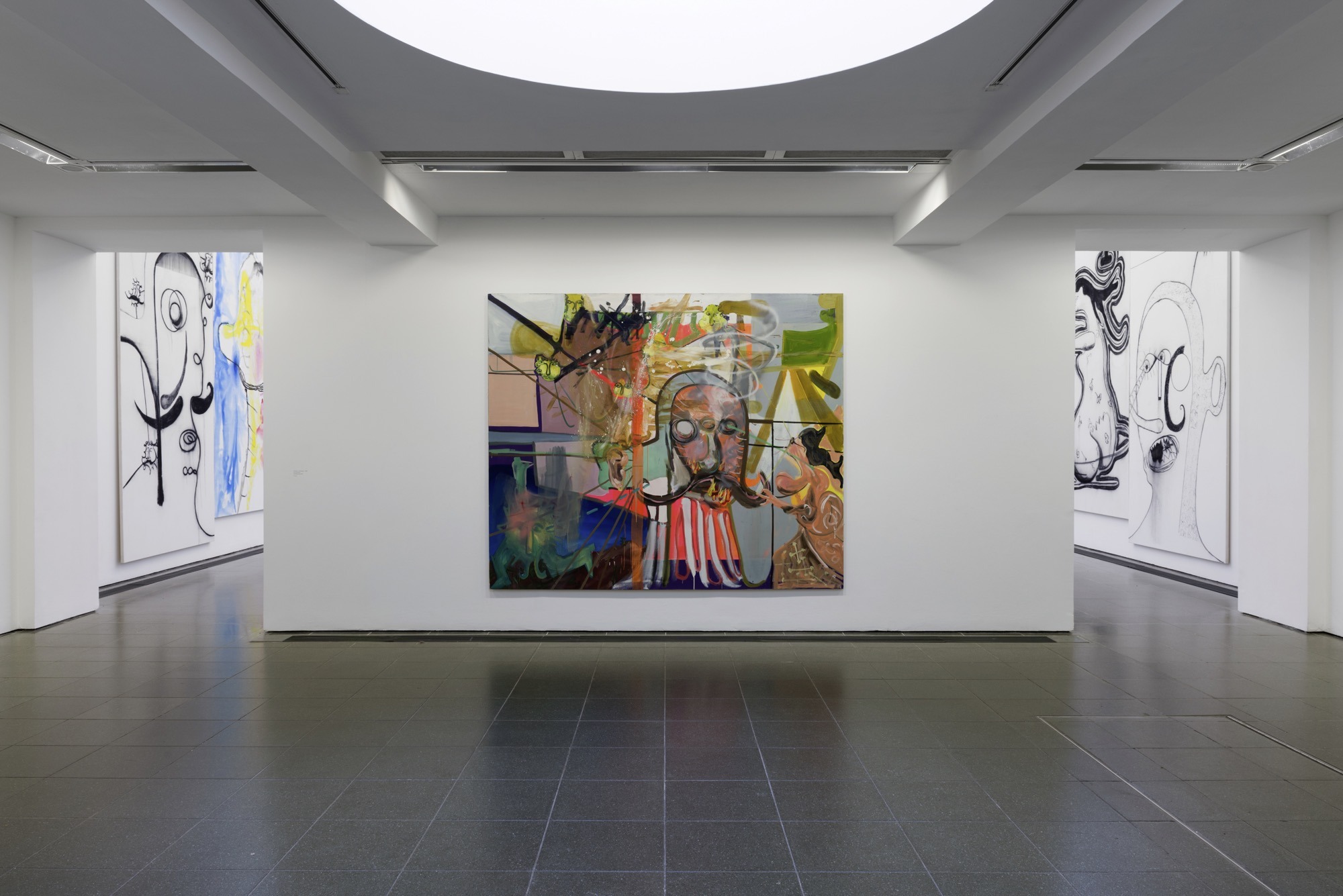 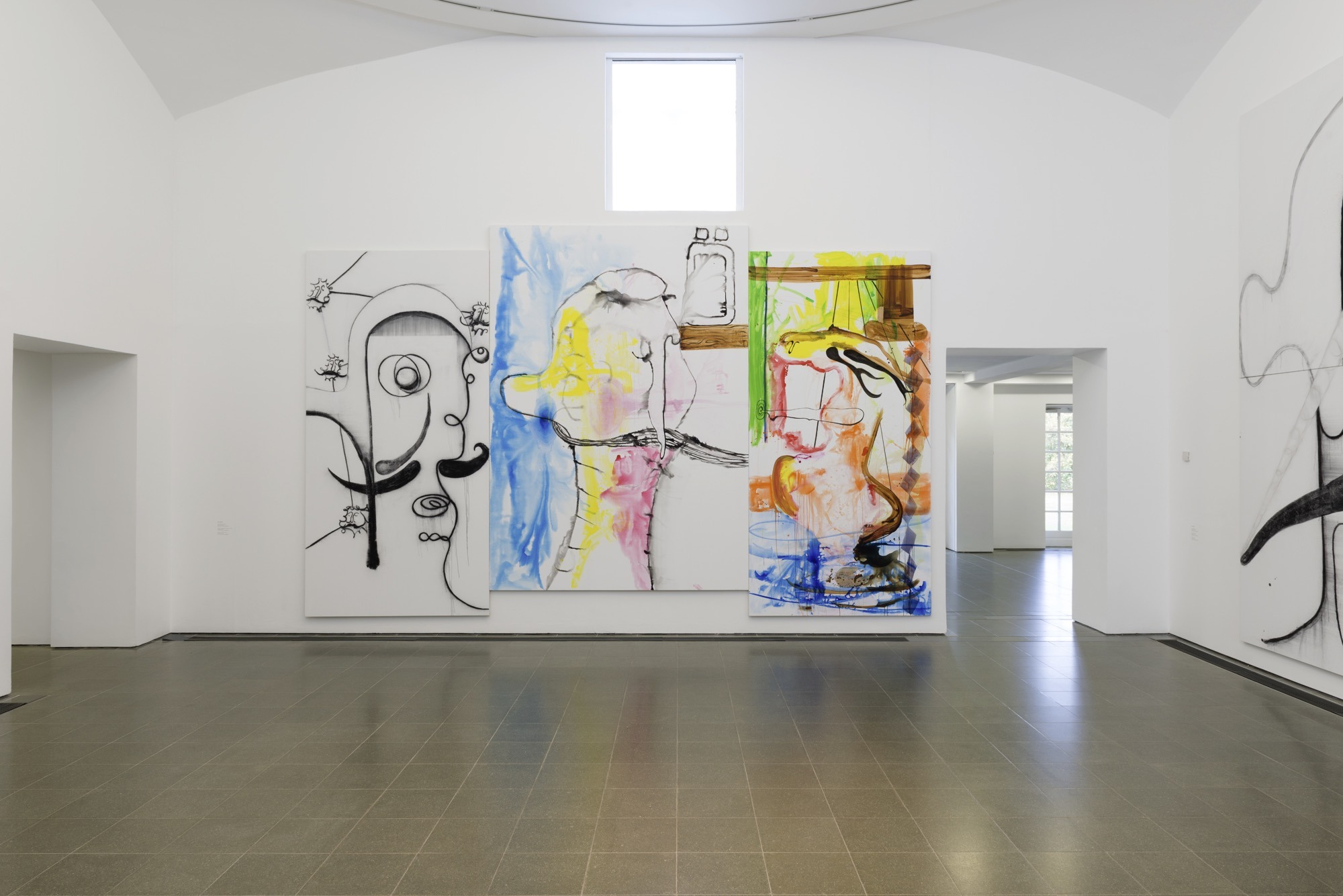 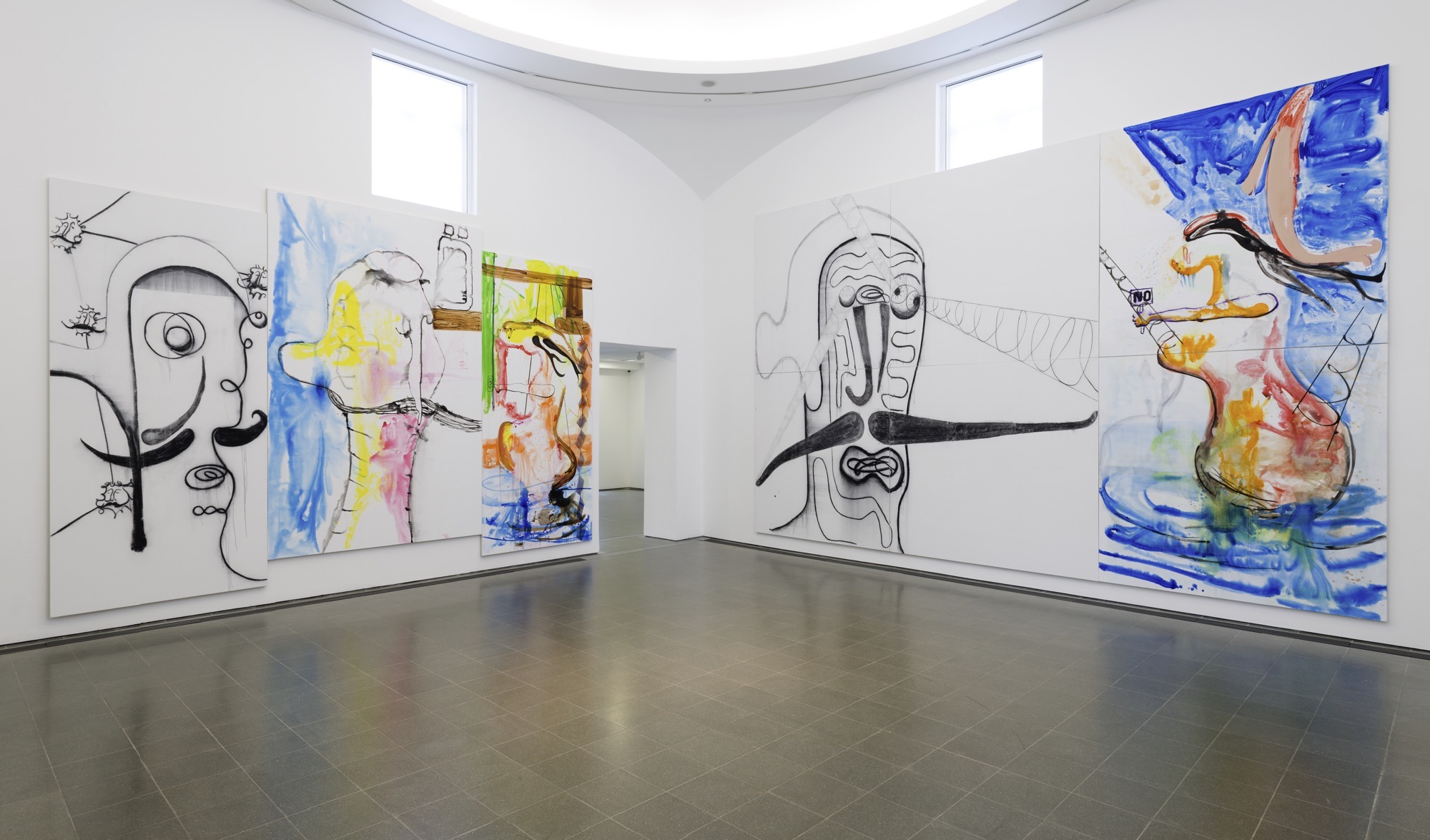 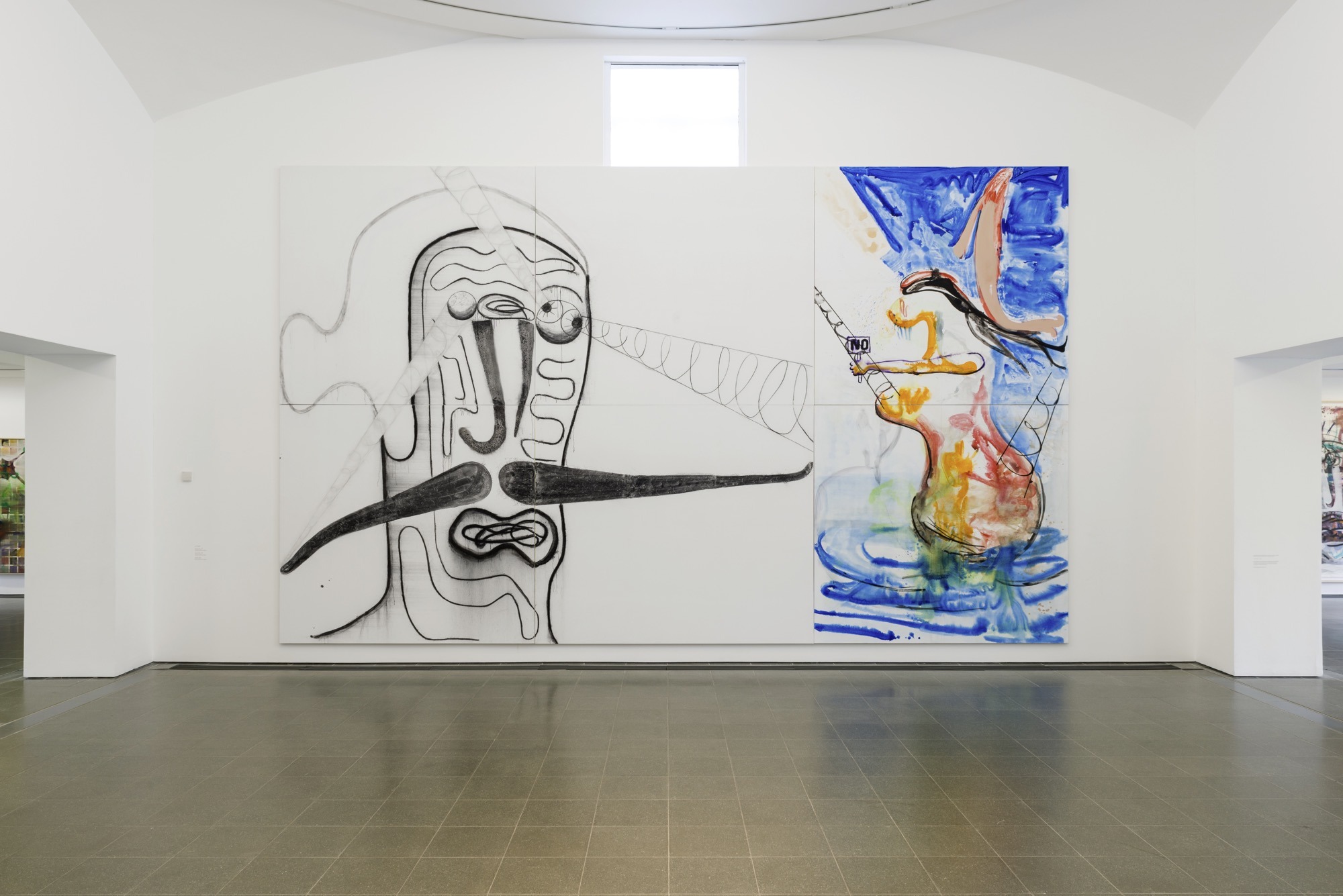 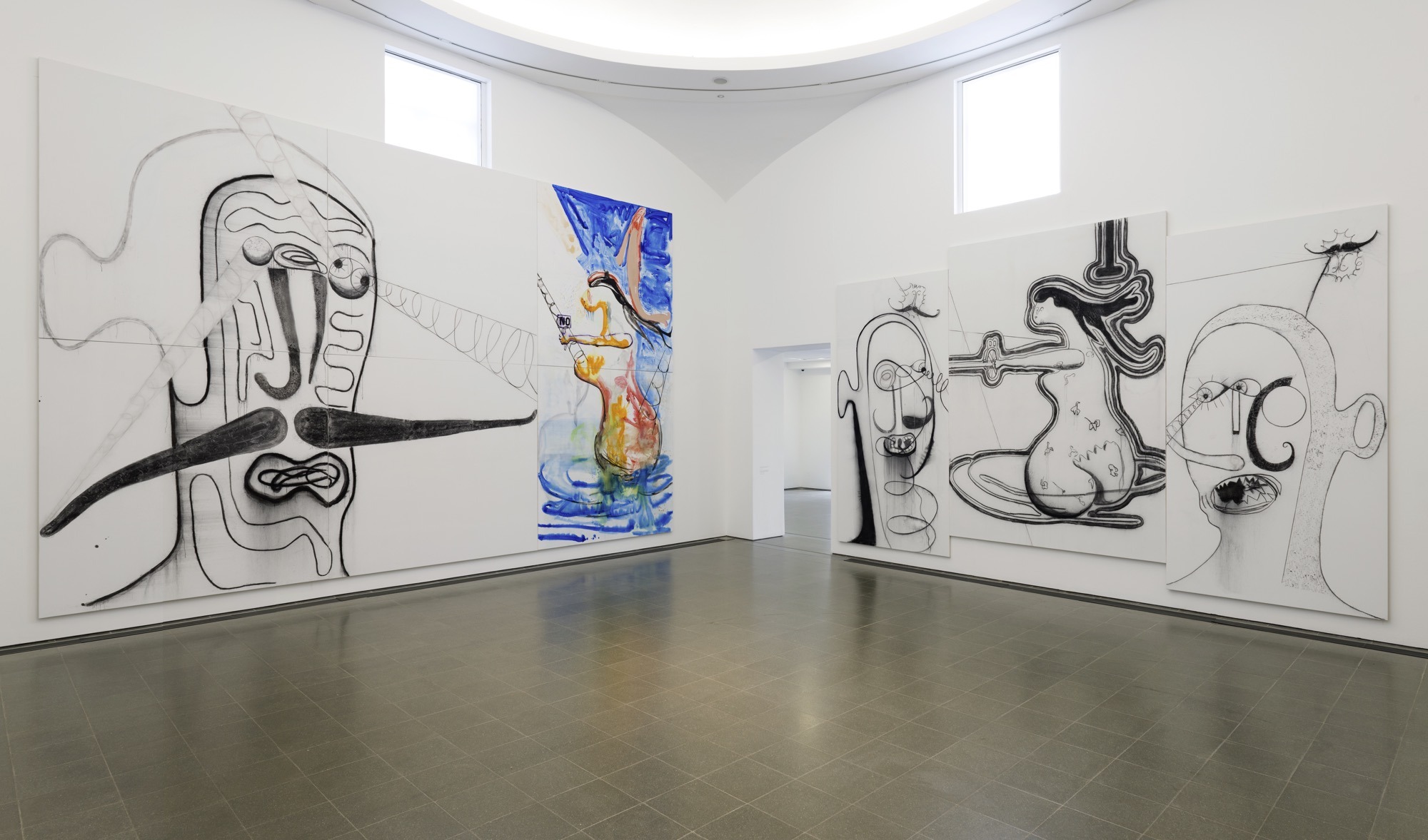 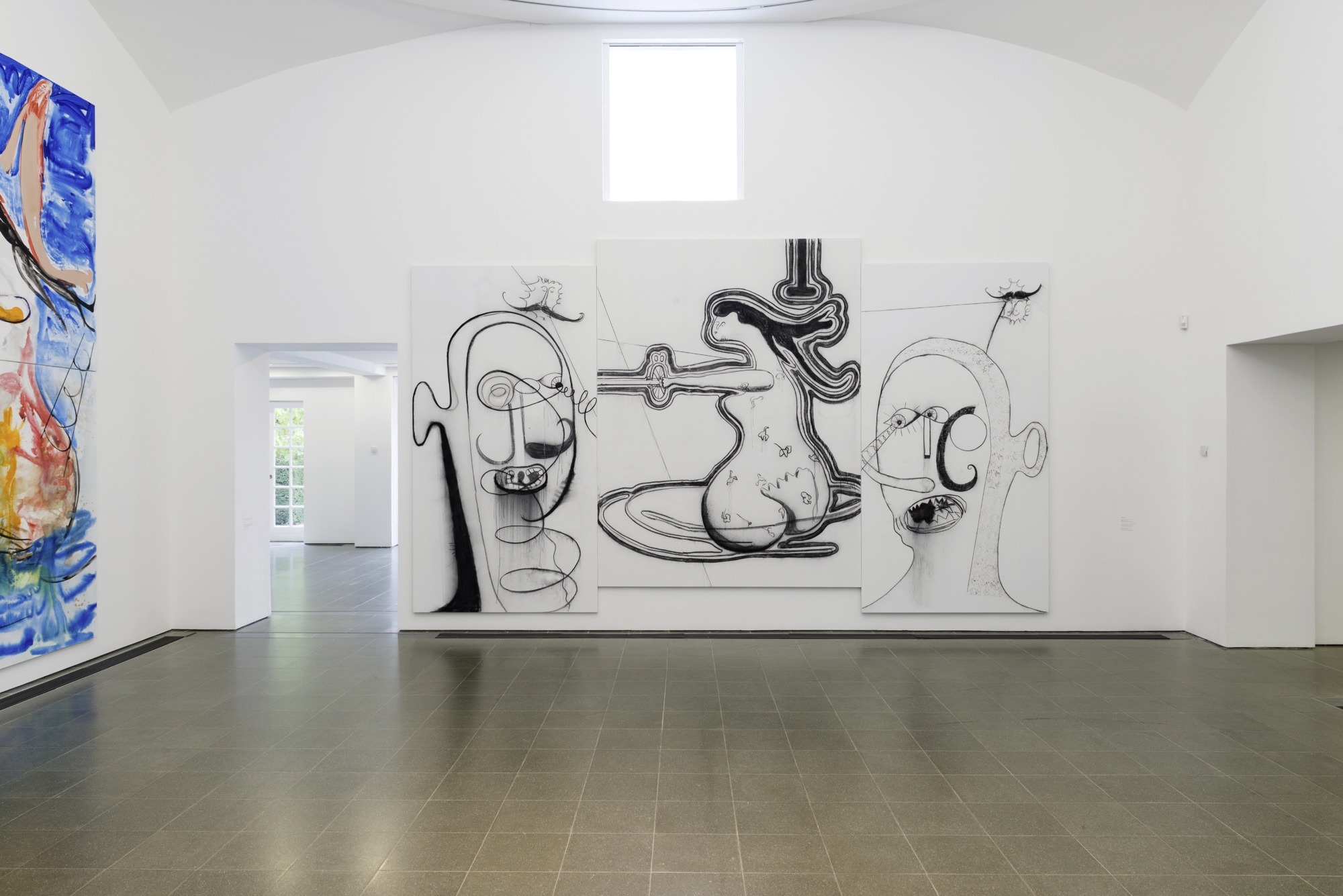 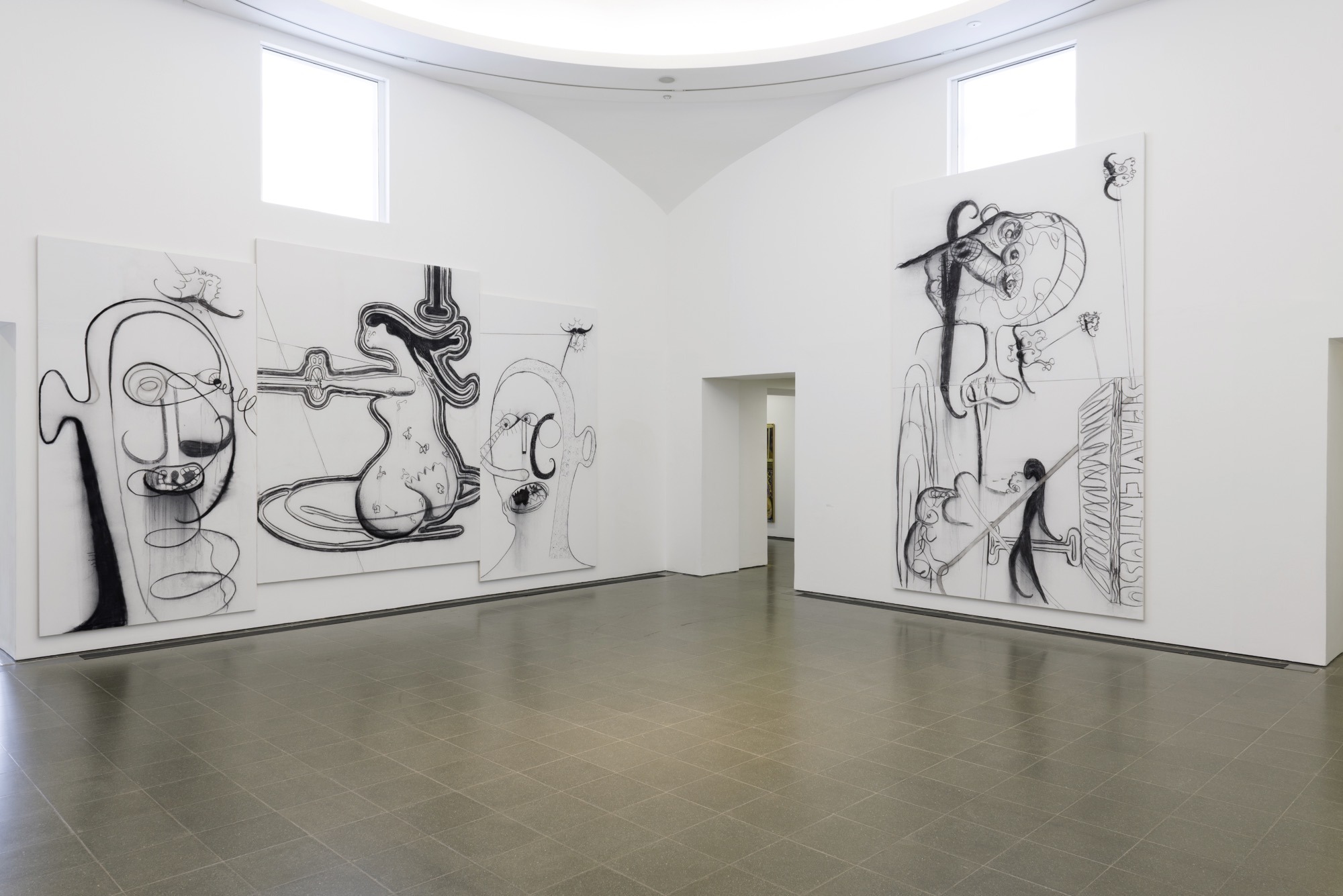 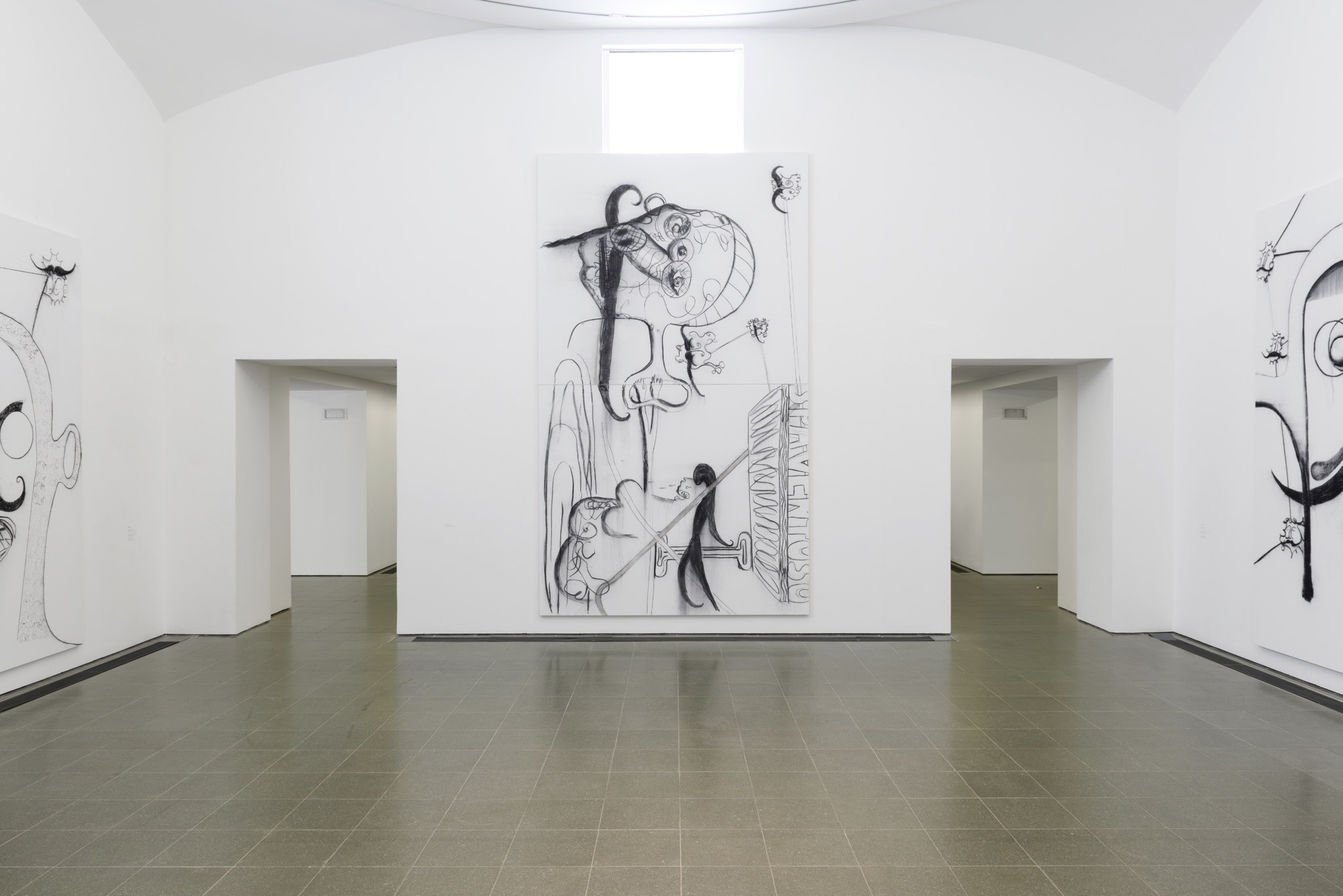 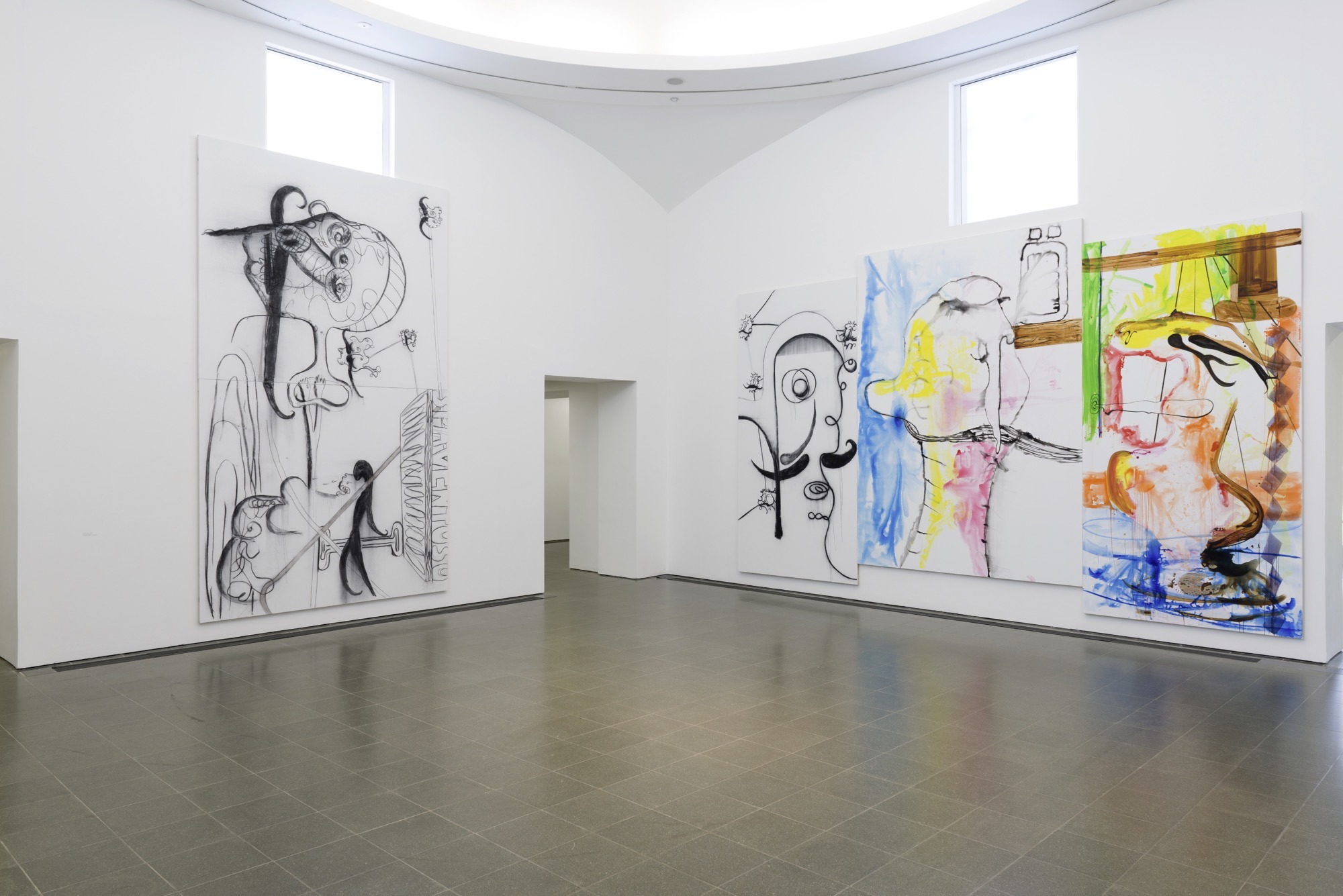 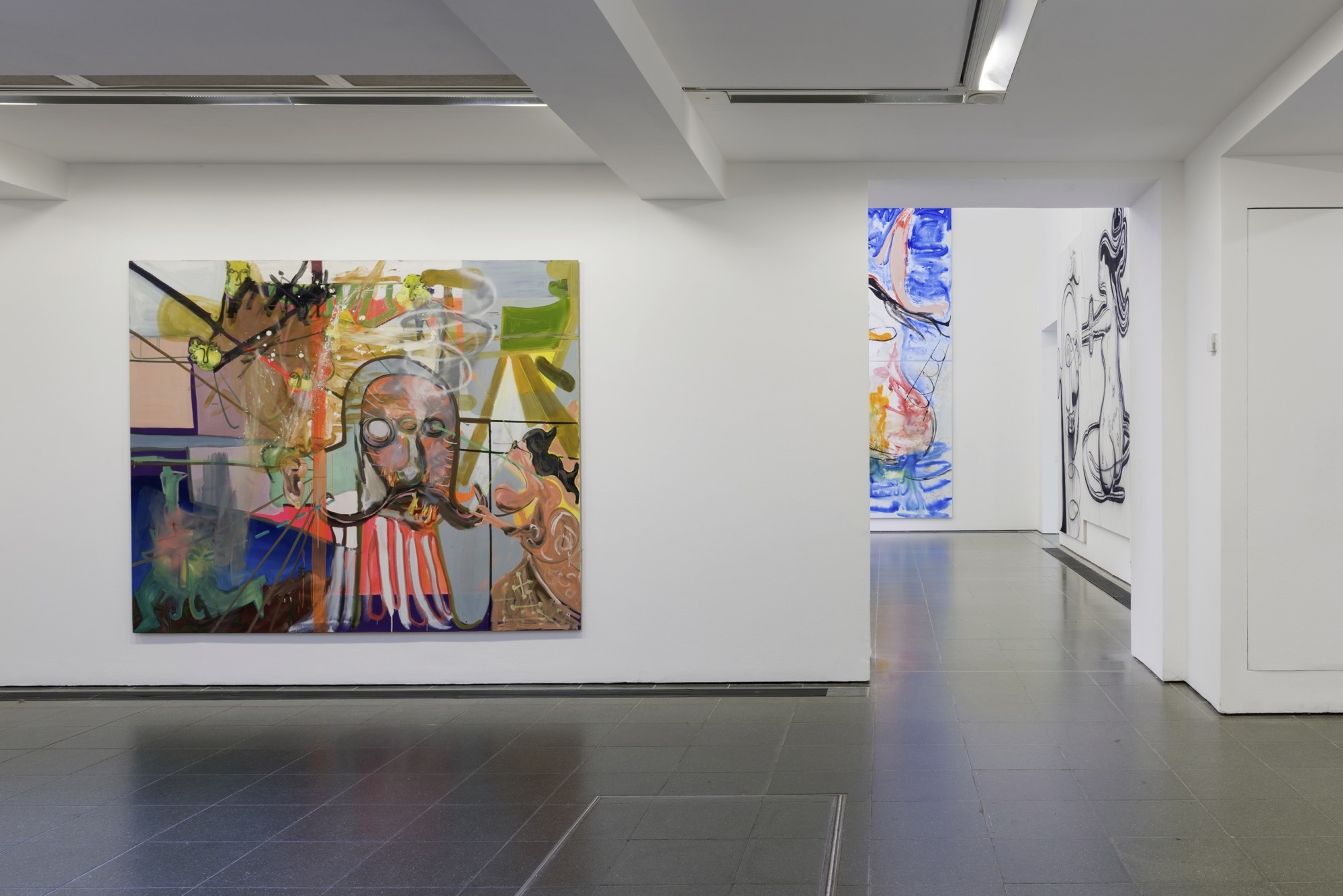 Albert Oehlen (b. 1954, Krefeld, Germany) has been a key figure in contemporary art since the 1980s. By bringing together abstract, figurative, collaged and computer-generated elements on the canvas, he continues to explore an inventive diversity of artistic approaches. Through Expressionist brushwork, Surrealist gestures and deliberate amateurism, Oehlen engages with the history of painting, pushing its essential components of colour, gesture, motion and time to bold new extremes.

From 1978 to 1981, Oehlen studied at the Hochschule für bildende Künste Hamburg under painter Sigmar Polke. Subsequently, he quickly rose to prominence, moving between different artist groups and scenes in Berlin and Cologne. It was during this time in the 1980s that these artists sought to create works that defied categorisation and contradicted the existing artistic status quo. Oehlen’s practice has since traversed diverse movements and styles, combining narrative and abstraction, blending the handmade with the electronic and machinic in his computer or ‘bionic’ paintings, and experimenting with form, tone and texture within set, premeditated parameters in his ‘grey’ and ‘tree’ paintings.

This exhibition at the Serpentine focuses on a recurring thread in Oehlen’s practice through a selection of works dating from the 1980s until the present day, which are brought together under the rubric of the John Graham Remix series. Taking its title from the eponymous American Modernist figurative painter, this body of work appropriates elements of Graham’s painting, Tramonto Spaventoso (‘Terrifying Sunset’) (1940 – 49), which have then been interpreted, remixed and reconfigured by Oehlen across multiple compositions. Graham’s painting becomes a singular starting point for the artist’s experimentation, ‘a vehicle for endless interpretation’ that he has continued to return to throughout his career.

The unique architecture of the Serpentine Gallery, in particular its domed central space, is the site of a new installation that forms part of Oehlen’s interpretation of the Rothko Chapel in Houston, Texas, founded by John and Dominique de Menil, located in Houston, Texas. A selection of new paintings based on Graham’s painting, which match the scale and size of the four horizontal paintings by American painter Mark Rothko displayed in the original chapel’s interior spaces, are exhibited at the Serpentine for the first time. Permeating this gallery is a newly configured soundtrack by the hardcore, avant-garde trio ensemble, Steamboat Switzerland, playing at intervals throughout the day, which draws connections between the movements, rhythms and systems of music and the internal strategies of Oehlen’s paintings.

Oehlen’s site-specific response to the Serpentine Gallery follows his interest in extending the internal logics of his paintings to the sites in which they are exhibited. It is this significance of architecture that results in unique installations that have a distinctly mutable relationship to space. As the artist says:
‘I am not interested in the idea of staging my work in a space specifically conceived for it. I think that art should adapt to the architecture or fight with it.’
www.serpentinegalleries.org