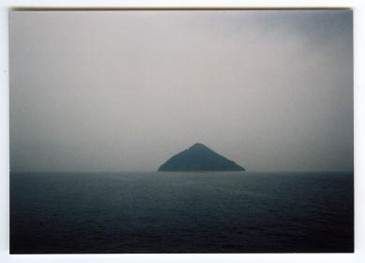 This summer, the Serpentine Gallery presents the renowned French artist Christian Boltanski’s acclaimed installation, Les archives du coeur (The Heart Archive) alongside the Serpentine Gallery Pavilion 2010 designed by Jean Nouvel. This work invites Serpentine visitors to contribute a recording of their heartbeat to the artist’s archive, within a specially designed booth. The resulting audio file is then added to Boltanski’s ongoing collection, which is permanently housed on the uninhabited Japanese island of Teshima, which is part of the Benesse Art Site Naoshima.

Boltanski is fascinated by the singularity of human experiences and the ephemerality of human life. “I am interested in what I call ‘little memory’, an emotional memory, an everyday knowledge, the contrary of the Memory with a capital M that is preserved in history books”, Boltansky says. “This little memory, which for me is what makes us unique, is extremely fragile, and it disappears with death. This loss of identity, this equalization in forgetting, is very difficult to accept”.

Archives have formed part of Boltanski’s work since the 1960s. This gathering of heartbeats is a continuation of his career-long examination of the issues of death, memory, disappearance and loss. In this work the artist is assuming the role of ethnographer, establishing a record of humanity, offering to immortalise all of us equally whilst collecting proof of the fragility of the human condition.

Boltanski was part of the Serpentine Gallery exhibition Take Me (I’m Yours), 1995, curated by Hans Ulrich Obrist and participated in the Serpentine Gallery Manifesto Marathon, 2008.
The artist was born in Paris in 1944. Projects in 2010 include Personnes at the Grand Palais, Paris and the Hangar Bicocca, Milan, and No Man’s Land at the Park Avenue Armory, New York. His most recent retrospectives took place at PAC – Padiglione d’Arte Contemporanea, Milan in 2005 and at Mathildenhöhe, Darmstadt in 2006-2007.

His prolific career has included presentations at Documenta (1972, 1977, 1987) and the Venice Biennale (1980, 1993, 1995, 2011). He has been the recipient of numerous awards including the Kaiser Ring, Goslar (2001), the Praemium Imperiale Award by the Japan Art Association (2007), and the “Créateurs sans frontiers” award for visual arts by Cultures France (ex AFAA) (2007). In addition Boltanski has worked extensively with theatre projects, including the Théâtre du Châtelet, Paris and the Ruhr Triennale in Germany.
www.serpentinegallery.org