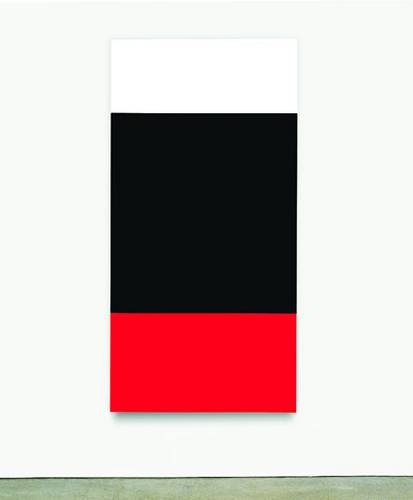 Ellsworth Kelly is among the greatest living artists. He pioneered an abstract aesthetic that has been vital to the evolution of post-war art. Throughout a career that has spanned more than 50 years, he has worked independently of trends and movements and the resulting body of work is one of the major achievements of American art.

Kelly’s career began in Paris, where he lived and worked from 1948-54. There he was influenced by European modernism, particularly the work of artists Jean Arp, Constantin Brancusi, Henri Matisse and Pablo Picasso. He began to create his rigorously spare and elegant approach to abstraction, inventing a vocabulary of forms, colours, and strategies that would become the core of his practice.

For his exhibition at the Serpentine Kelly has selected 18 works made since 2002, which will be shown together for the first time. These works exemplify the breadth of scale, colour and forms that characterise his art, including multi-panel works and reliefs
in vibrant contrasting colours, as well as shaped canvases and sculpture.

Born in Newburgh, New York in 1923, Kelly lives and works in Spencertown, New York. His work has been the subject of numerous surveys and retrospectives and his work is also represented in major museums and private collections worldwide.