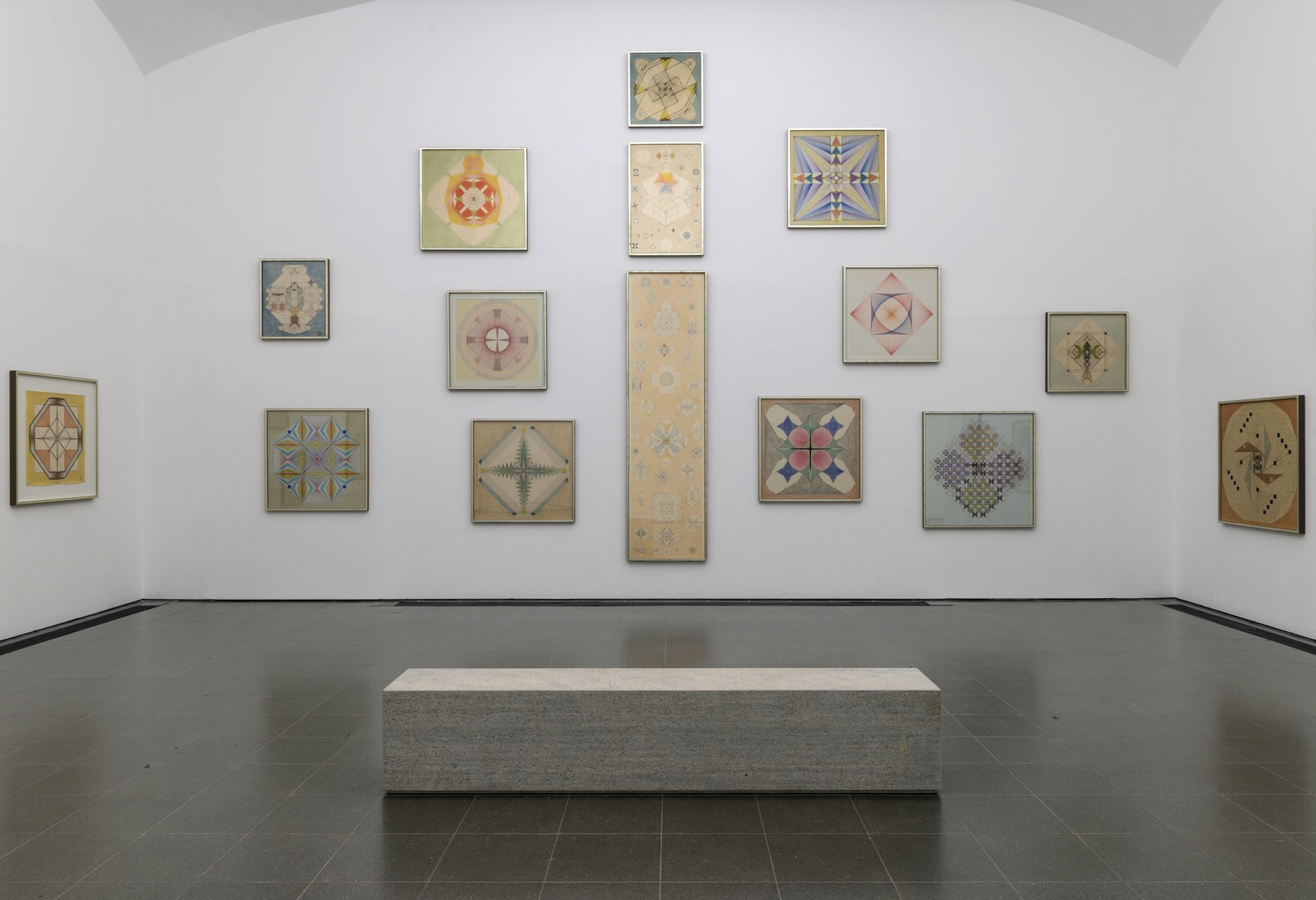 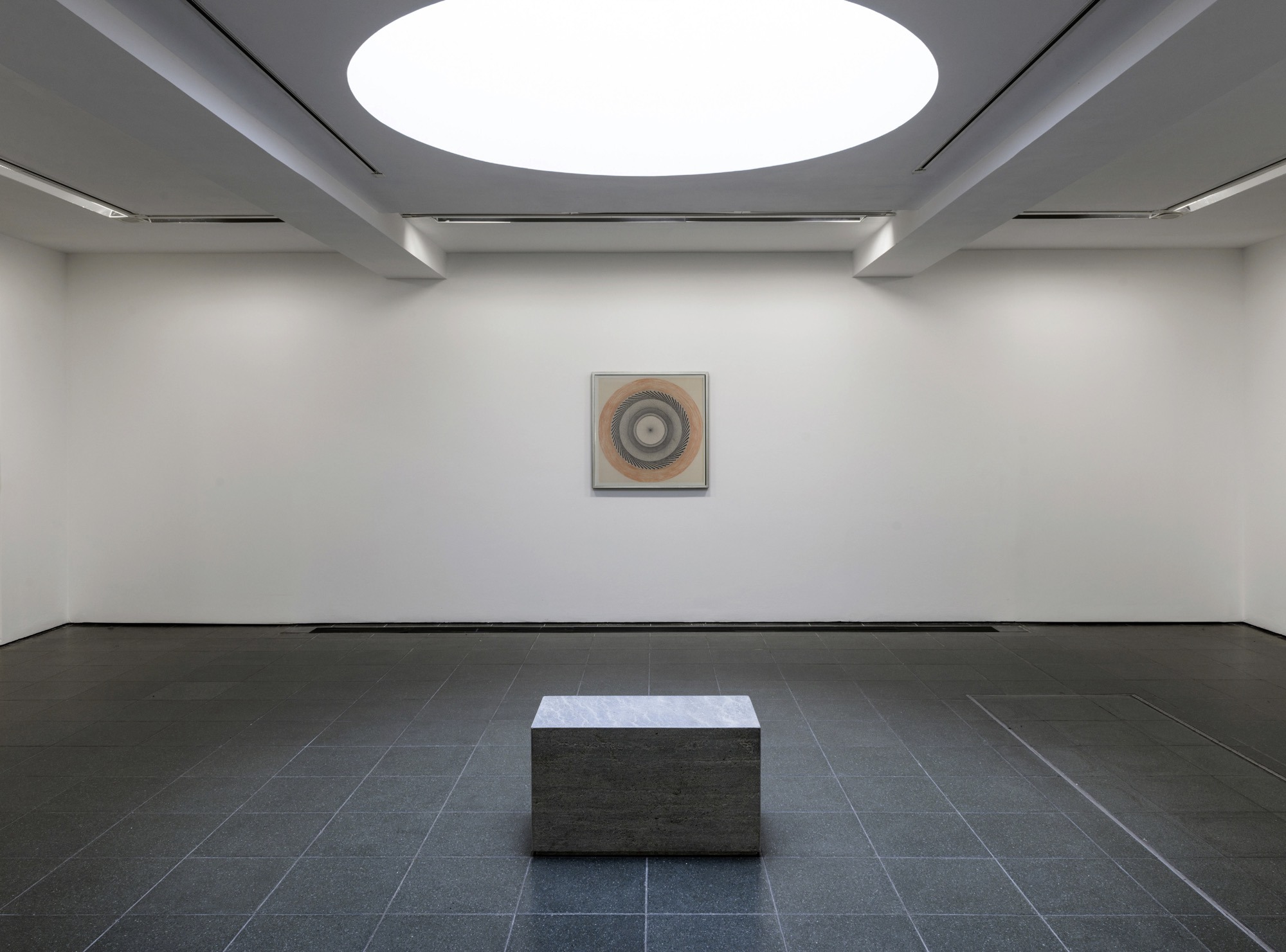 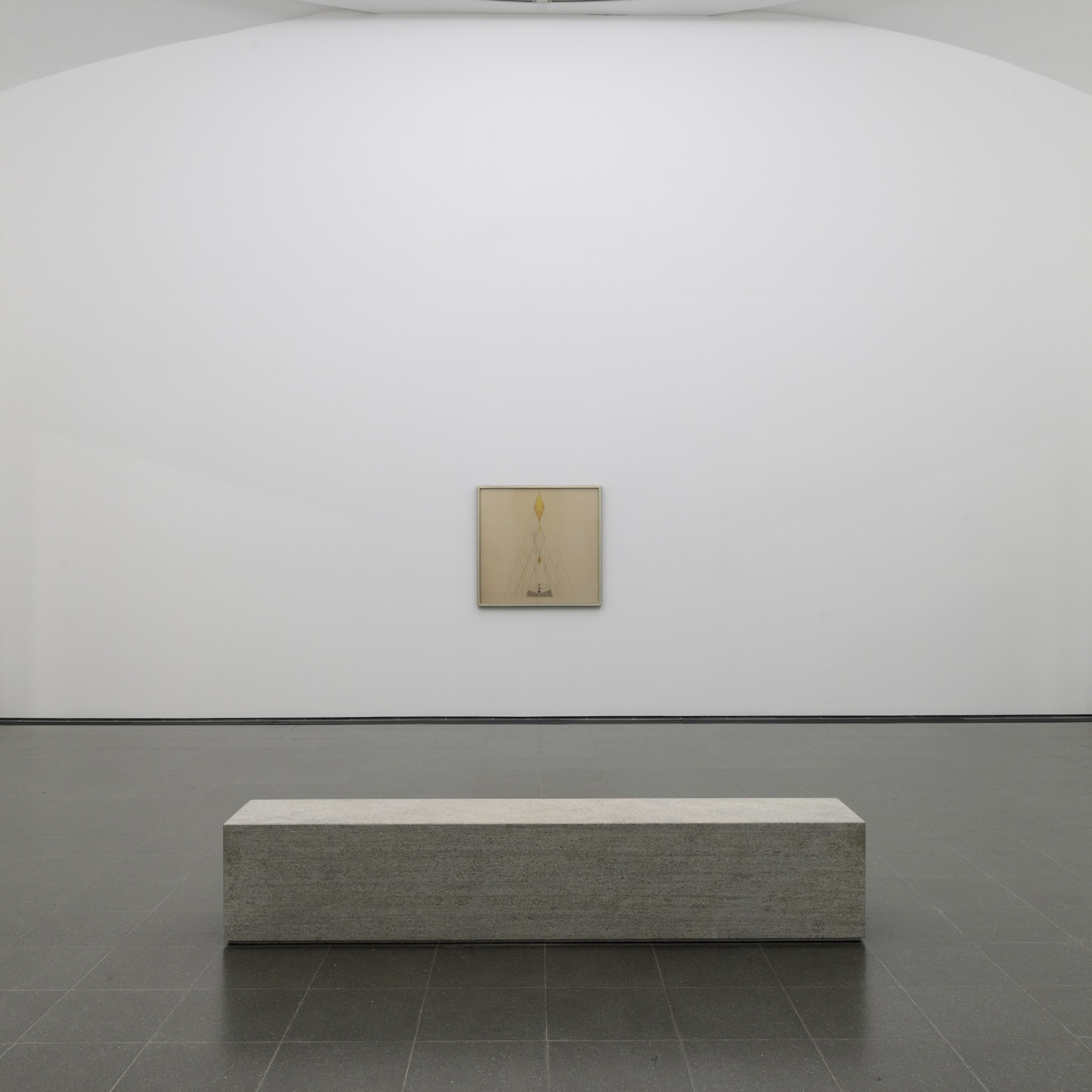 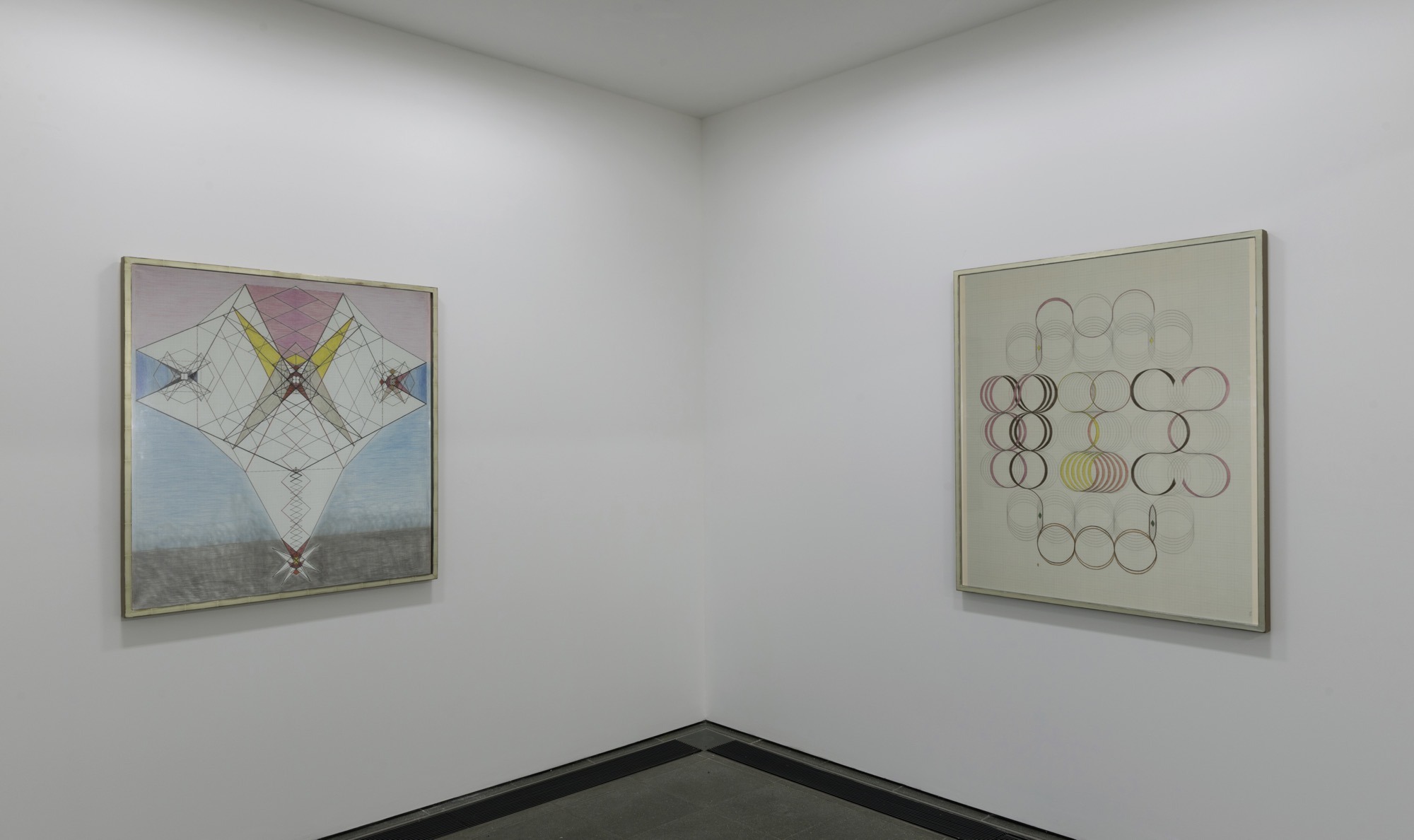 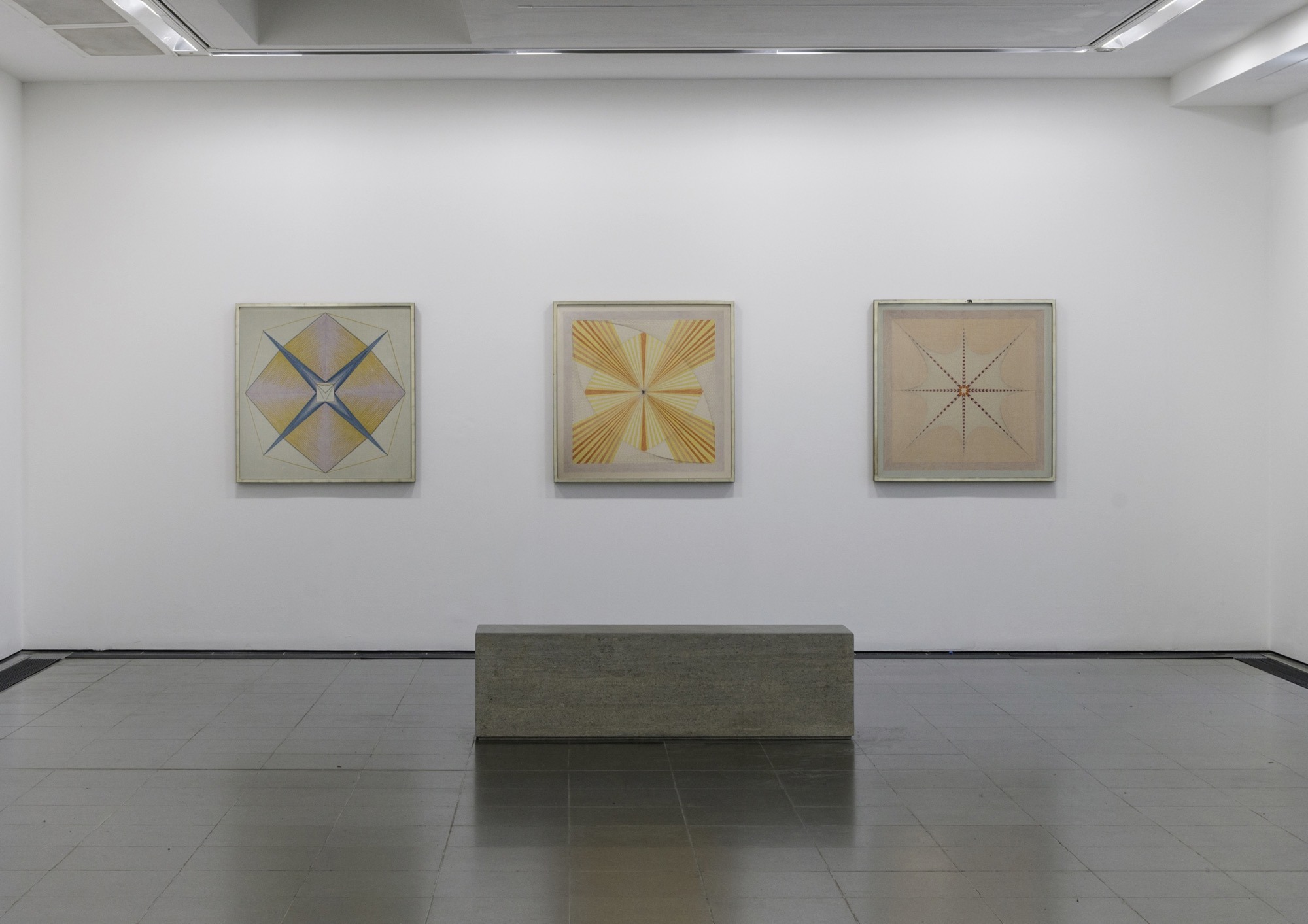 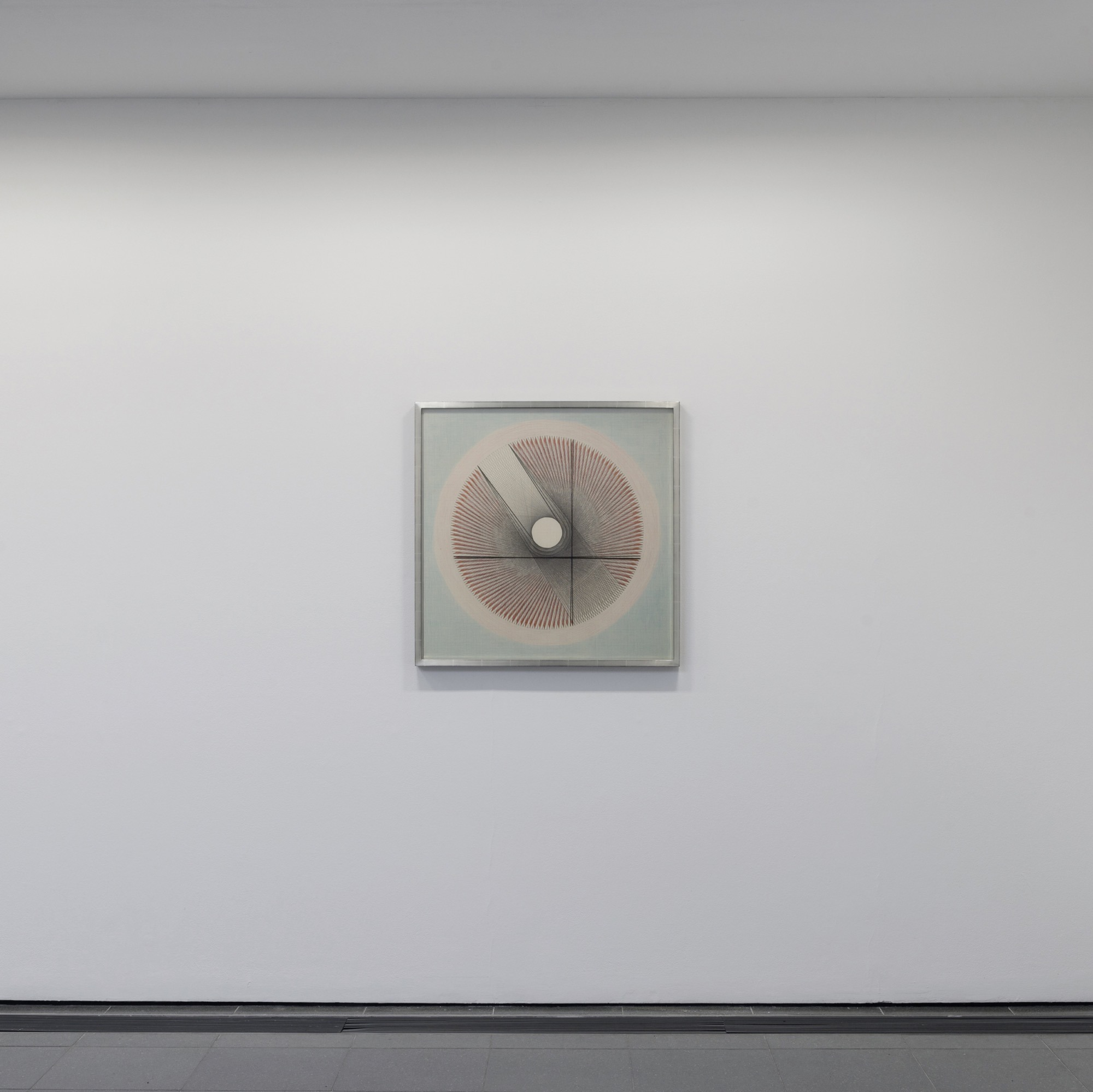 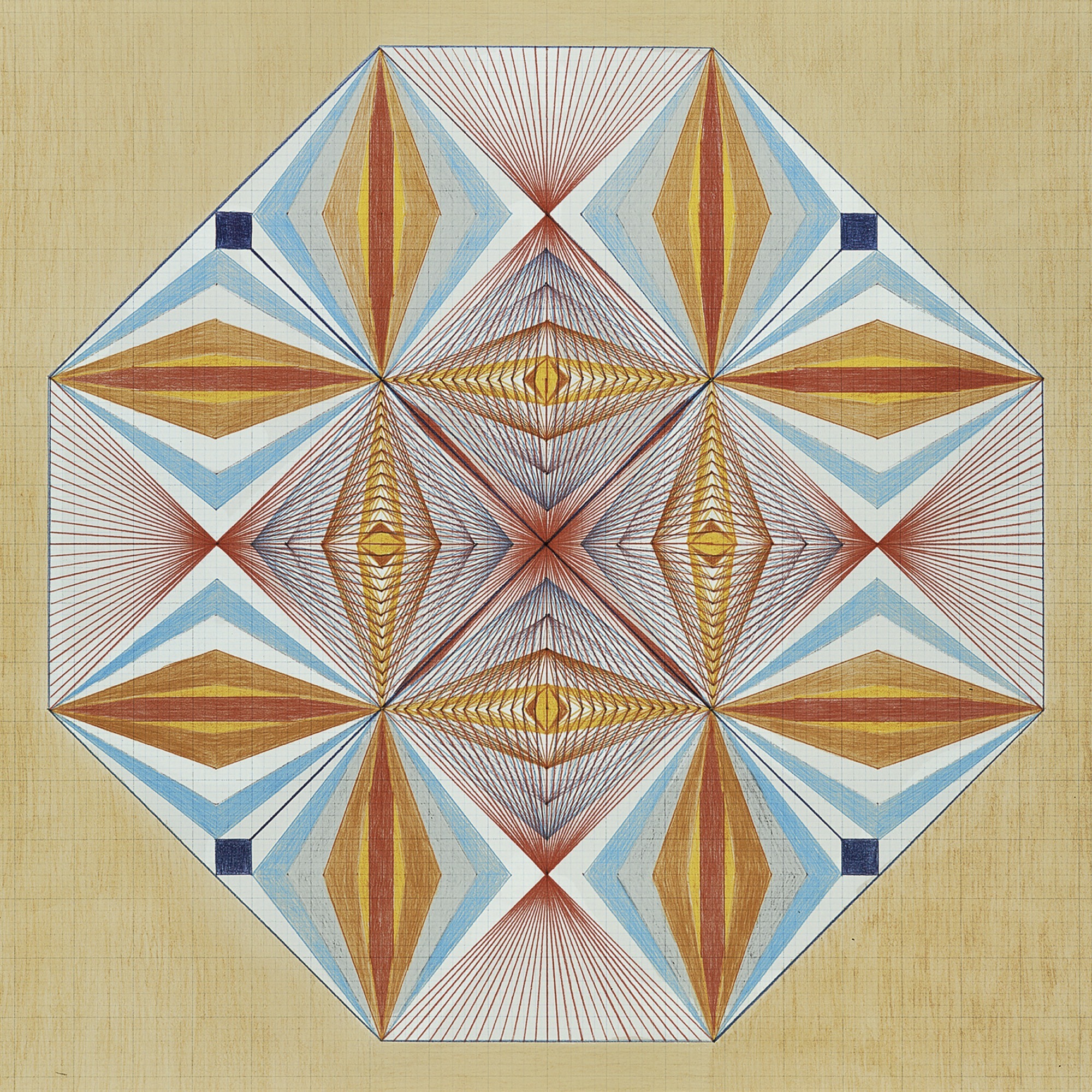 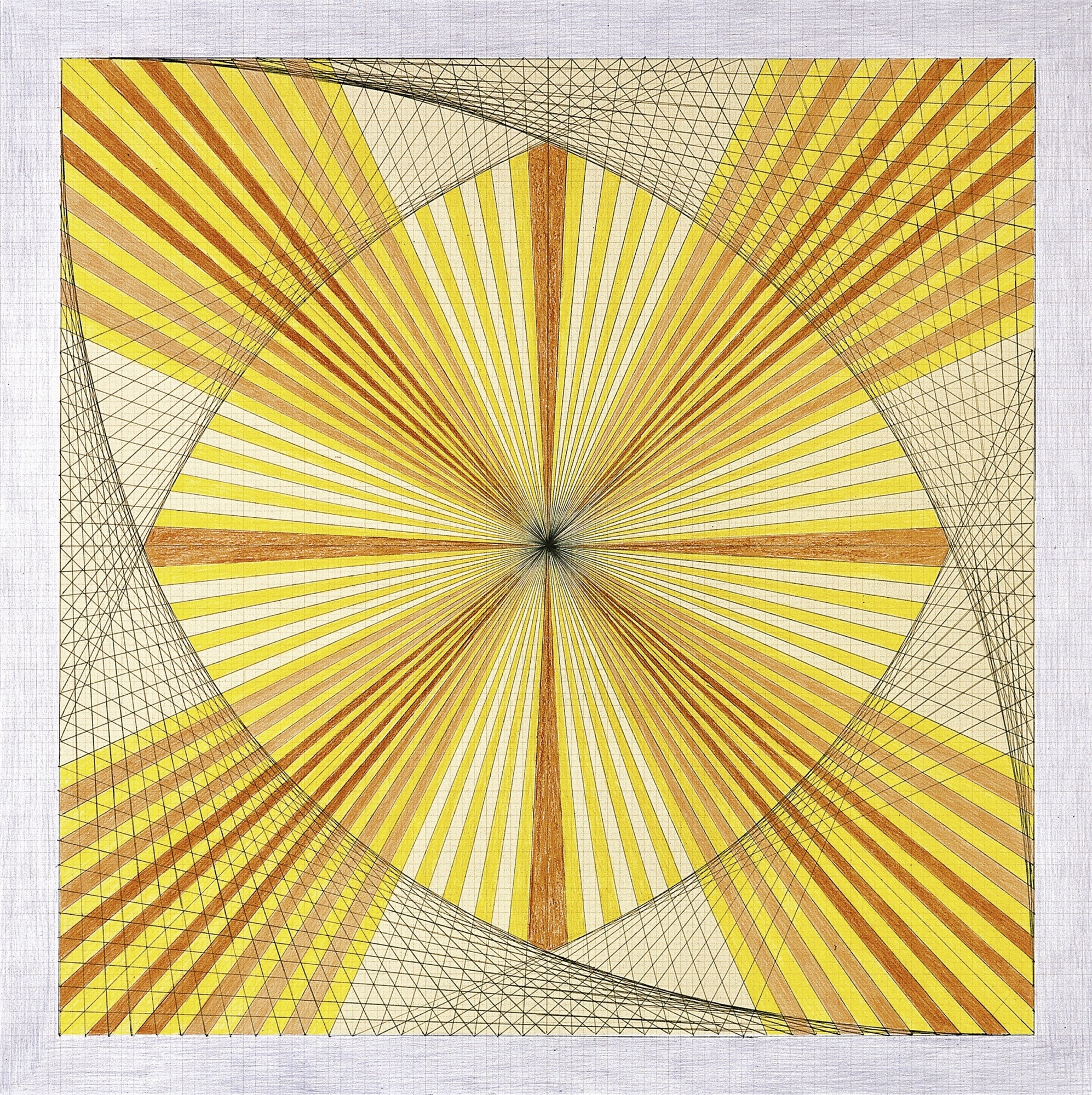 The Serpentine presents the first UK solo exhibition by the late Swiss visionary artist, healer and researcher Emma Kunz (1892–1963) that features over 40 of her rarely seen drawings.

“Everything happens according to a certain regularity which I sense inside me and which never lets me rest.” Emma Kunz
In the past, Emma Kunz’s work has been shown alongside Hilma af Klint, who was presented at the Serpentine in 2016, Georgiana Houghton and Agnes Martin, all of whom share her preoccupation with spirituality and forms of abstraction. This survey exhibition is a timely review of Kunz’s work which is underpinned by her belief in a holistic worldview. Systematic yet expansive in their compositions, her ‘energy-field’ drawings simultaneously contain micro and macro perspectives of nature, chiming with current discourses on ecology, as well as a desire to forge meaningful connections with our environment.

Never shown in her lifetime, Emma Kunz predicted her drawings were destined for the 21st Century. The Serpentine has invited a number of contemporary voices to collaborate on this exhibition, bringing this historic body of work to future generations: The contemporary artist Christodoulos Panayiotou has worked with the Serpentine on the conception of the exhibition and has created new work. The accompanying catalogue features new texts by Dawn Ades, Bice Curiger, Desmond Morris, Hans Ulrich Obrist, Tabita Rezaire and Ali Smith.

Emma Kunz lived in rural Switzerland and considered herself to be primarily a healer and researcher of nature. Discovering her telepathy and extra-sensory powers as a child, she begun to use her gifts at the age of 18, when she also started to draw in exercise books. She never received an arts education yet in her lifetime she produced hundreds of geometric drawings. They were visions of energy fields from which she could formulate diagnoses for her patients who would visit her seeking help for physical and mental ailments. From 1938, while in her forties, she first began making large-scale drawings which she would continue for the rest of her life, using radiesthesia – a drawing technique where a divining pendulum plots the complex and linear compositions of her drawings made on graph paper. Working primarily with graphite and colour pencils, Kunz would work intensely and continuously on each drawing for a period that could stretch over 24 hours, however she never recorded their particular meaning and none are dated or titled.

Parallel to her drawings, Kunz was a naturopath and she discovered a healing rock AION A in a Roman quarry in Würenlos, the site today of the Emma Kunz Zentrum and Grotto. The rock is still sold in chemists in Switzerland, mined from the same quarry, and used to treat a host of health issues from joint and muscular pain to inflammatory skin disorders. She also used the pendulum to polarise marigolds in her garden to produce multiple flower heads and documented the result with extraordinary photographs. Geometric abstraction became a means for structuring and visualising her philosophical and scientific research which was not only rooted to her own times and the pursuit of her own restorative practices, but also for the future.
Kunz’s drawings were first publicly shown in the 1970s some years after her death, when her work also came to the attention of Swiss curator Harald Szeemann (1933–2005) who wrote:
Her gift was an awareness of connections that contradicted both normal experience and scientific interpretations of the laws of Nature and art. This was a supernatural event, a miracle that, in revealing divine truths conveyed a secret impulse on a par with that of cosmic creation. Emma Kunz’s drawings are attempts to find a universal connection. They are the records of her concentration on the question of the Whole.

The exhibition research and planning has been conceived in conversation with artist Christodoulos Panayiotou (b.1978, Limassol, Cyprus), who has a long-term interest in Kunz’s work. Panayiotou’s sculptures often employ materials charged with history, politics or hidden narratives. For this exhibition he has produced new stone benches from which visitors can contemplate Kunz’s drawings. Quarried from the healing rock AION A, these benches bring another dimension of Kunz’s energy to the exhibition.

This exhibition continues the Serpentine’s long-term commitment to Panayiotou’s practice, following his acclaimed performance for Park Nights 2015, Dying on Stage, with Jean Capeille and his participation in the Serpentine Poetry Marathon in 2009 performed by Max Mackintosh.