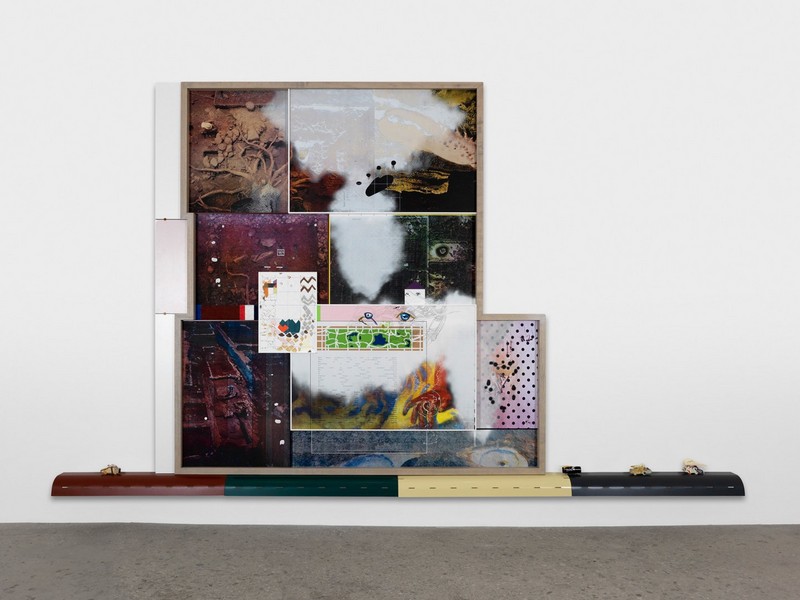 The Serpentine presents a major exhibition of new work by London-based artist Helen Marten (b. 1985, Macclesfield, UK) who has been nominated for both the 2016 Turner Prize and the inaugural Hepworth Sculpture Prize.

Helen Marten: Drunk Brown House at the Serpentine Sackler Gallery brings together work never before presented in London with new work in an installation that has been conceived specifically in relation to the Gallery. Combining sculpture, text and screen-printed paintings, Marten’s practice comprises images and objects, often playing with two and three-dimensionality. Her installations employ visual and linguistic ambiguity in order to explore the potential for misinterpretation and misunderstanding.

Marten’s sculptural installations often serve as repositories for disparate material combinations, resulting in an exhibition that calls into question our changing relationship to the readymade. Underscored by a process of collaged abstraction, her assemblages resonate with associative meaning. Creating a string of hieroglyphs or a kind of archaeological anagram, the work’sencrypted sequences are nevertheless driven by their own internal logic.

Marten says:
“I’m really interested in the point at which things become husked down to geometric memories of themselves, where a house, for instance, a pair of legs or a cat could be communicated with huge economy and speed via just a few lines. The vector can become a mechanism of delivery. As incorporated extensions, even a simple nod towards a shape that might be reminiscent of a readymade form is quite literally a vocaliser of external things – an agent of the world outside art-making. And this is the point where you can use recognisable authority, the obstinate fact of a universally existent thing – an arm, a teapot, an alphabet – and extricate it from its own sense of intentionality.”

Marten received the LUMA Prize (2012) and the Prix Lafayette (2011). She is nominated for the 2016 Turner Prize as well as the forthcoming Hepworth Sculpture Prize.
www.serpentinegallery.org