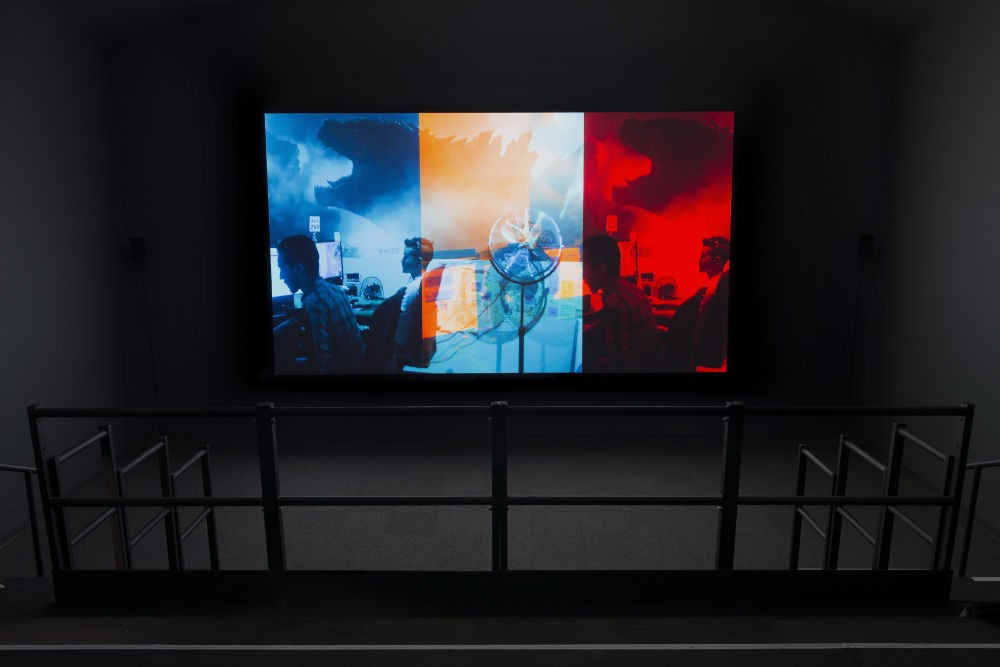 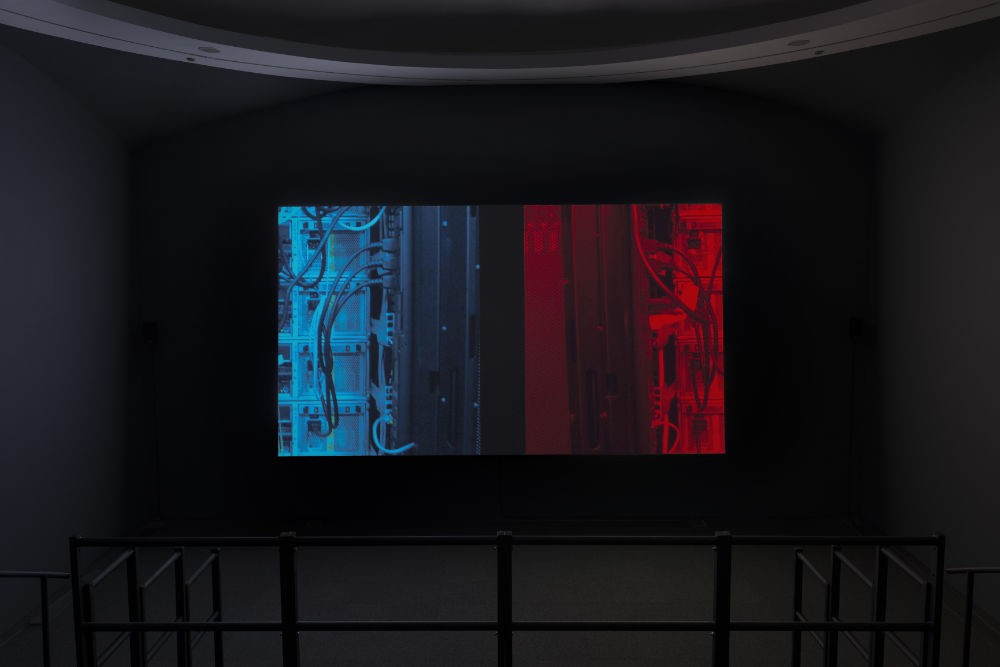 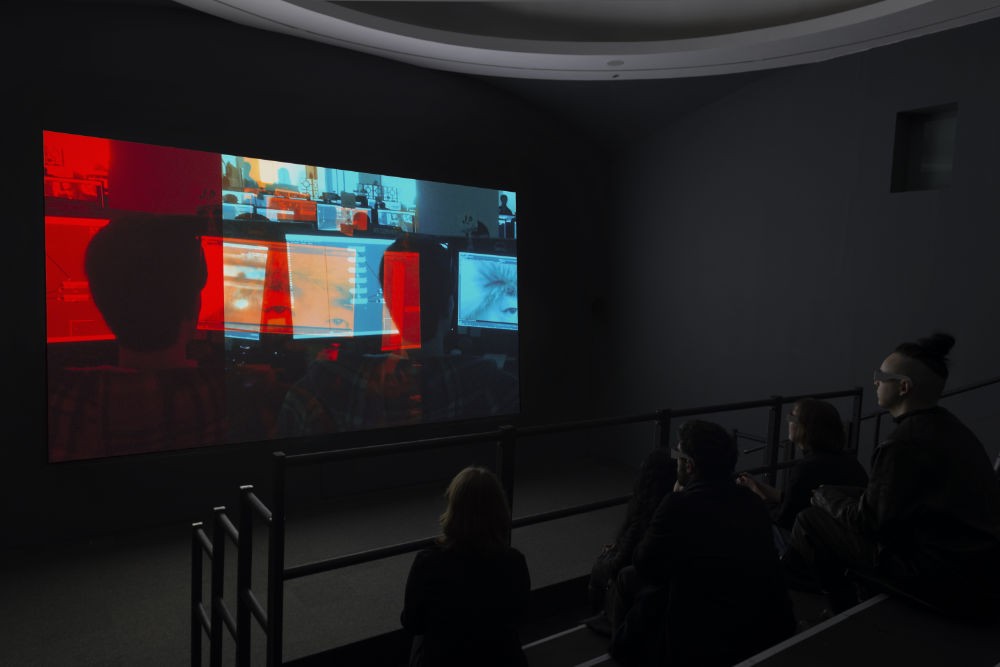 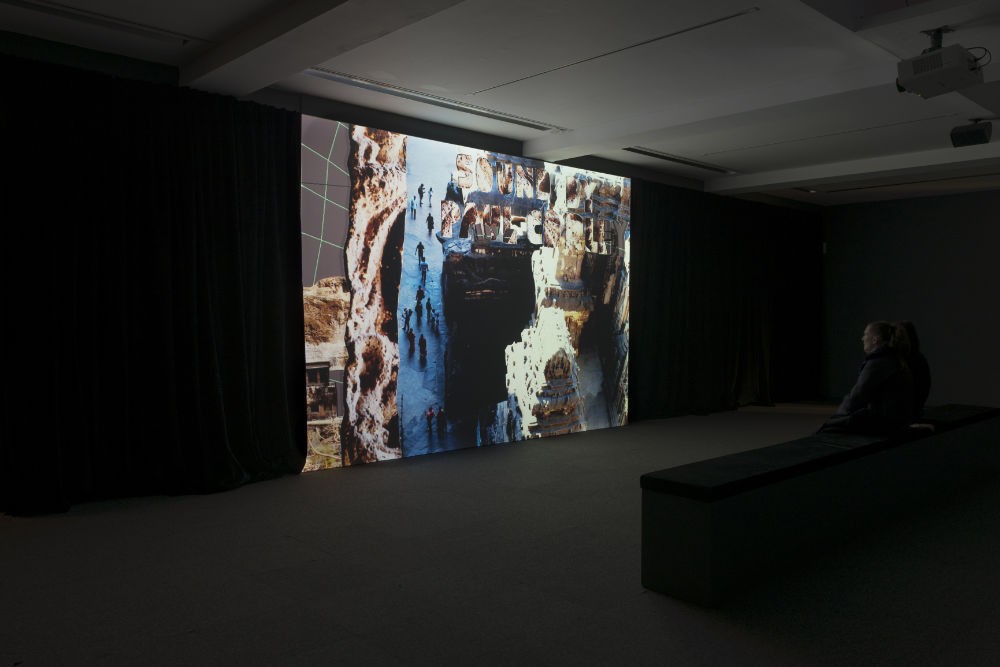 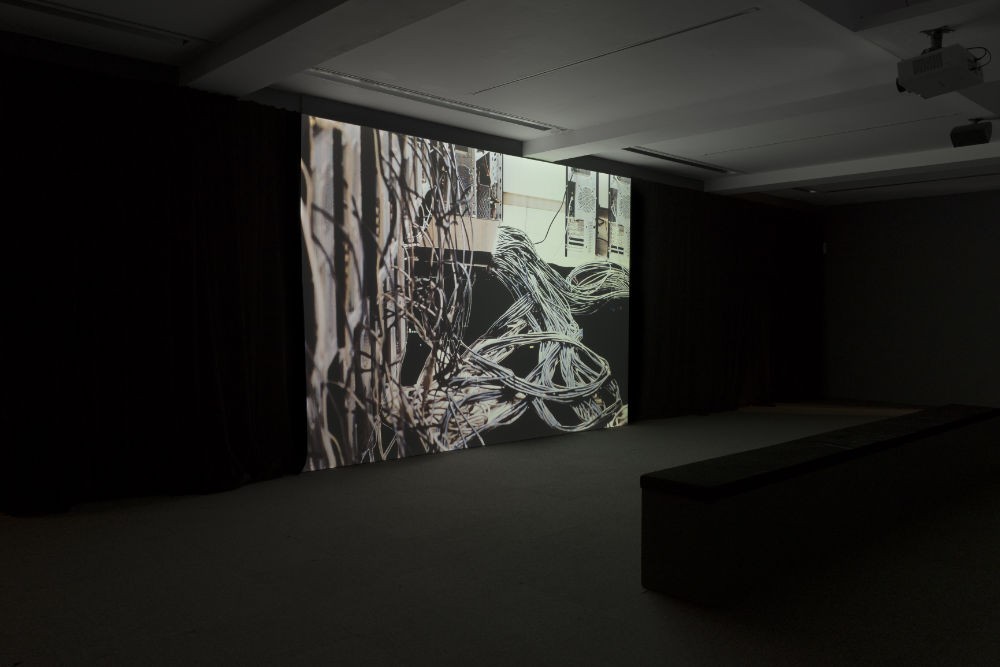 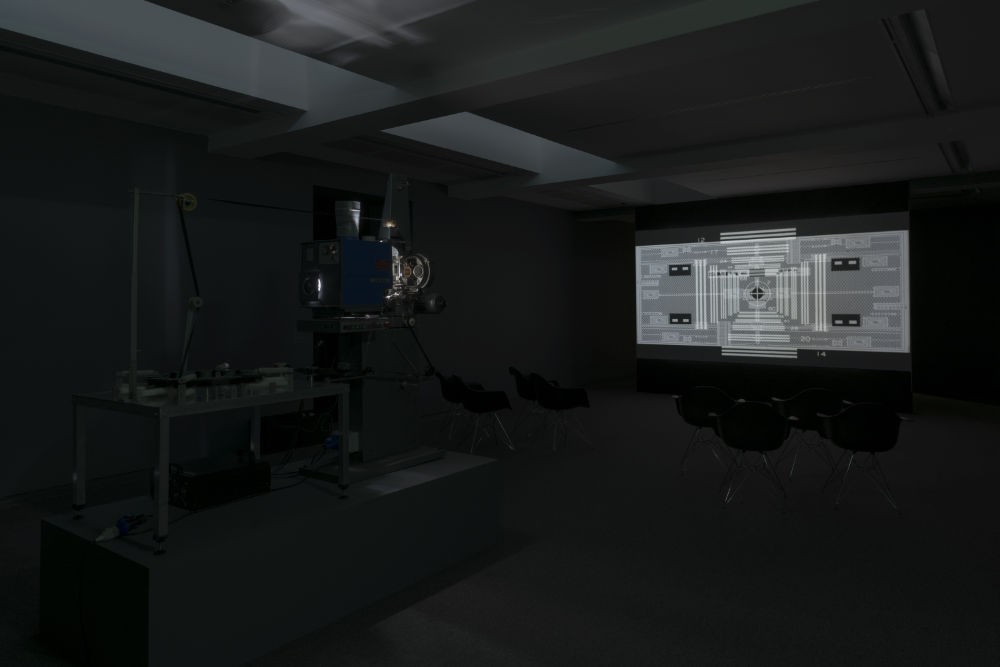 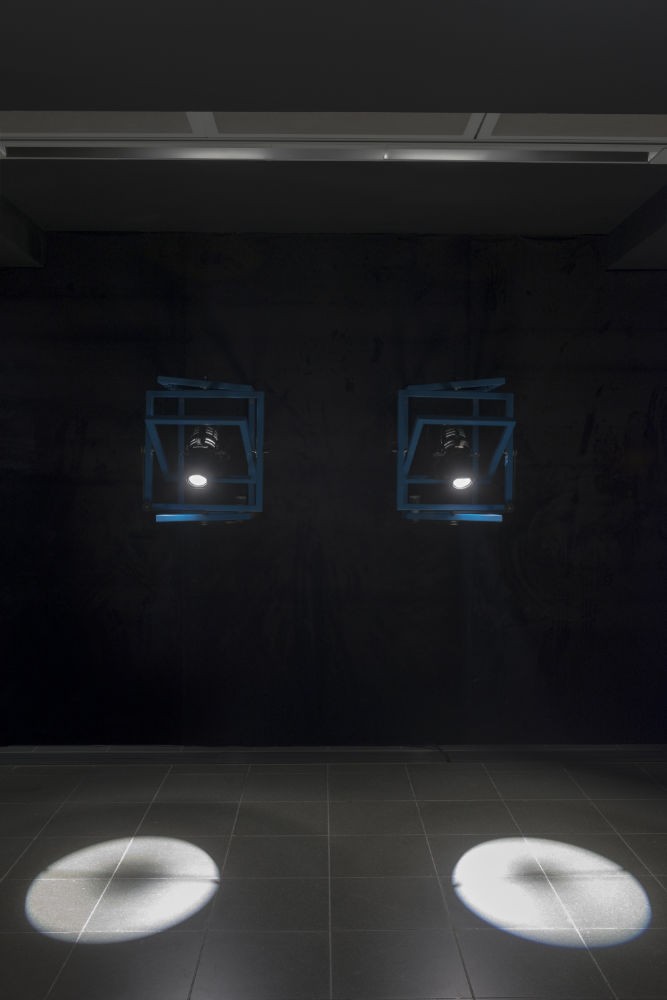 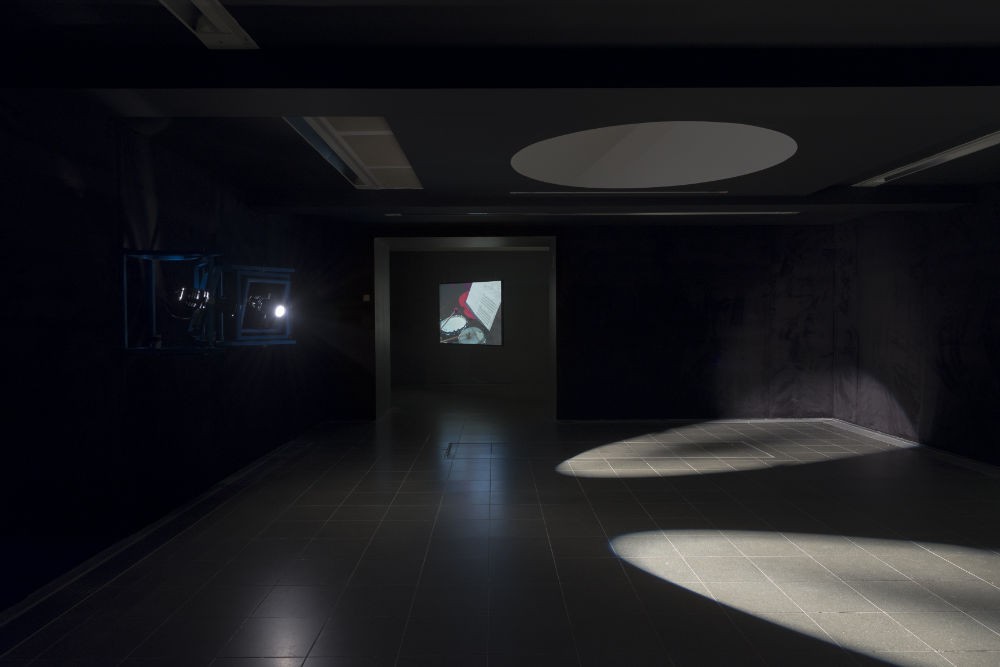 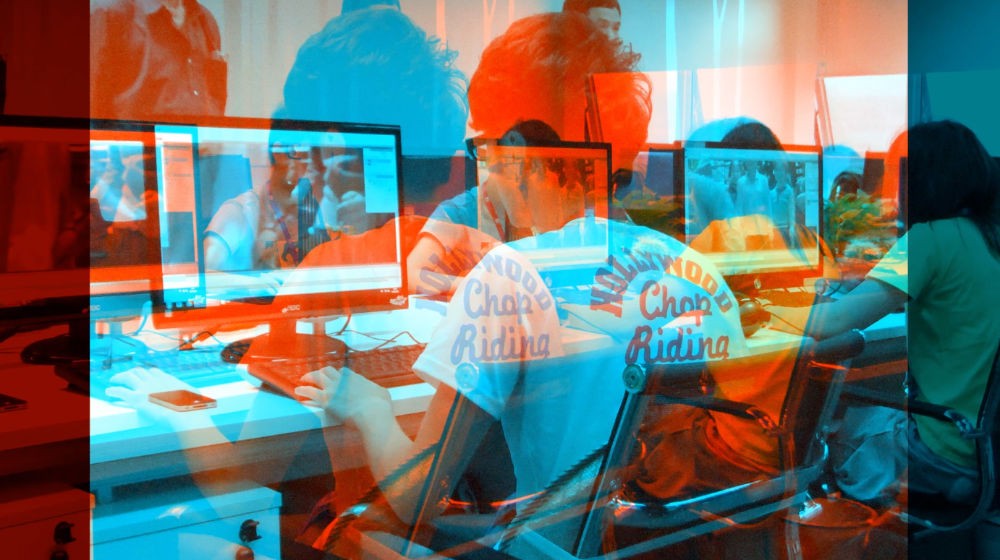 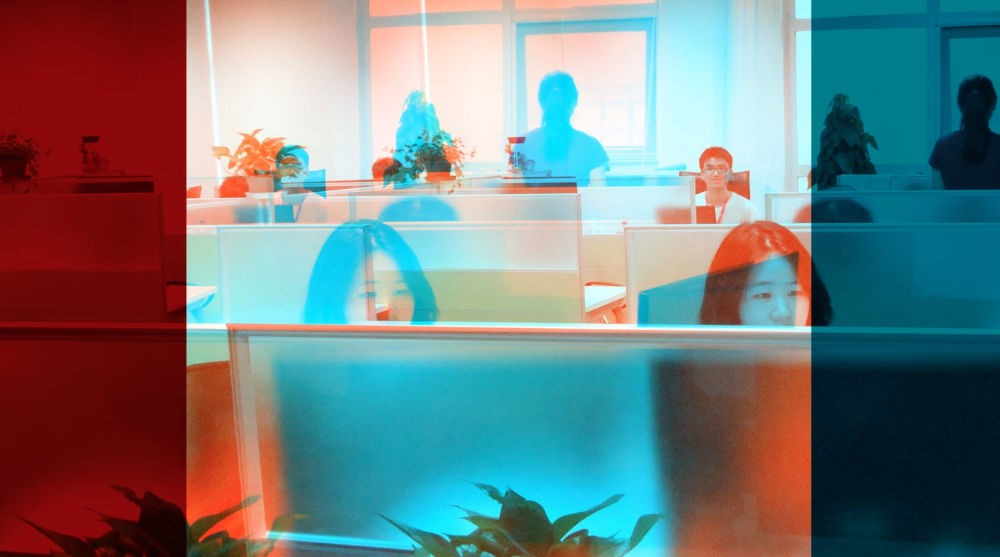 Lucy Raven’s work focuses on the marginal spaces at the edges of image production, what happens behind the camera or between the frames of a film or animation. She follows the production of copper wire from an open pit mine in the American West to a smelter in southern China in China Town (2009). She observes post-production technicians converting Hollywood films to 3D in Chennai, India, linking the digitally created illusion of depth to ancient Indian bas-reliefs in The Deccan Trap (2015). She describes spaces and people on the outskirts of Kingston, New York in the hand-drawn animation I Felt As If I Had Actually Been To China (2007). This shift of focus from the image to its production encourages interrogation of the kind of imagery that has become all too familiar.

Lucy Raven: Edge of Tomorrow brings together a diverse selection of works in a sitespecific installation within the spaces of the Gallery. At the heart of the exhibition, a cinematic space features the animated film Curtains (2014), in which a series of still stereoscopic images converge and diverge, becoming momentarily three-dimensional when viewed through anaglyph 3D glasses. Over the course of the exhibition, this space will play host to a series of film evenings programmed by Raven.

The question of time is paramount throughout the installation, which incorporates Raven’s own work as well as a selection of objects that relate to it. From the slow-moving beams of the installation Casters (2016) to the flickering of film projection test patterns that form a looping visual score in the 35mm film RP31 (2012), time experienced in the gallery is measured in frames and repetitions.