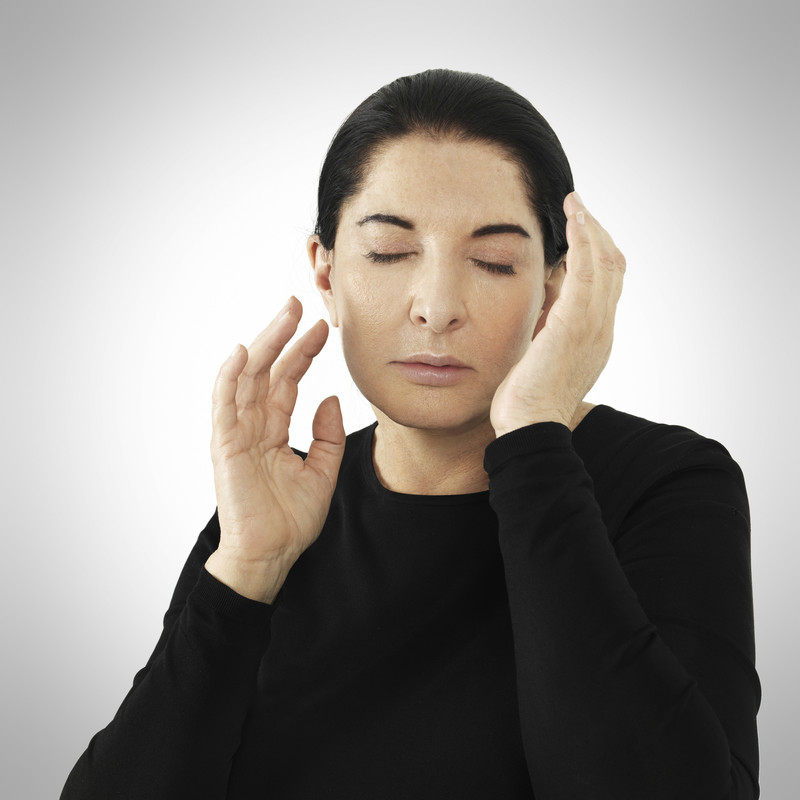 In a unique work created for the Serpentine, the internationally acclaimed artist Marina Abramović will perform in the Gallery for the duration of her exhibition: 10am to 6pm, 6 days a week. Creating the simplest of environments in the Gallery spaces, Abramović’s only materials will be herself, the audience and a selection of props that she may or may not use. On arrival, visitors will both literally and metaphorically leave their baggage behind in order to enter the exhibition: bags, jackets, electronic equipment, watches and cameras may not accompany them.

The public will become the performing body, participating in the delivery of an unprecedented moment in the history of performance art.

Marina Abramović is a pioneer of performance as an art form, using her own body as subject and object, she has pushed the physical and mental limits of her being. This is the first major performance by Abramović since her monumental piece The Artist is Present, at the Museum of Modern Art, New York in 2010, in which visitors were invited to sit in silence opposite the artist and gaze into her eyes for an unspecified amount of time. Abramović performed this work every day for three months.

The pared-down nature of this exhibition corresponds to Abramovic ́’s interest in the historically well established relationship between art and ‘nothingness’; visual artists including Robert Barry, John Cage, Mary Ellen Carroll, Robert Irwin, Yves Klein, Gustav Metzger and Yoko Ono (to name only a very few) have all explored the notion of material absence within their practice. The idea ofemptiness – of minimalism, reduction and simplicity – plays an intrinsic role in Abramovic ́ ’s own work, and has increasingly led to ‘more and more of less and less’, a longstanding aim that she recorded in her Artist’s Life manifesto of 2009. It is this journey towards immateriality that has led her to this unique moment in her work, where she will commit to an unscripted and improvised performance in the gallery space.

In the early 1970s, as a young artist in Belgrade, Abramović began exploring the relationship between artist and audience. Since 1978 she has conducted a series of workshops with art students, using a series of simple exercises to increase physical and mental awareness. Over the course of her career, Abramović has continued to develop these workshops, expanding their scope to reach a general public, through the Marina Abramović Institute.
www.serpentinegalleries.org