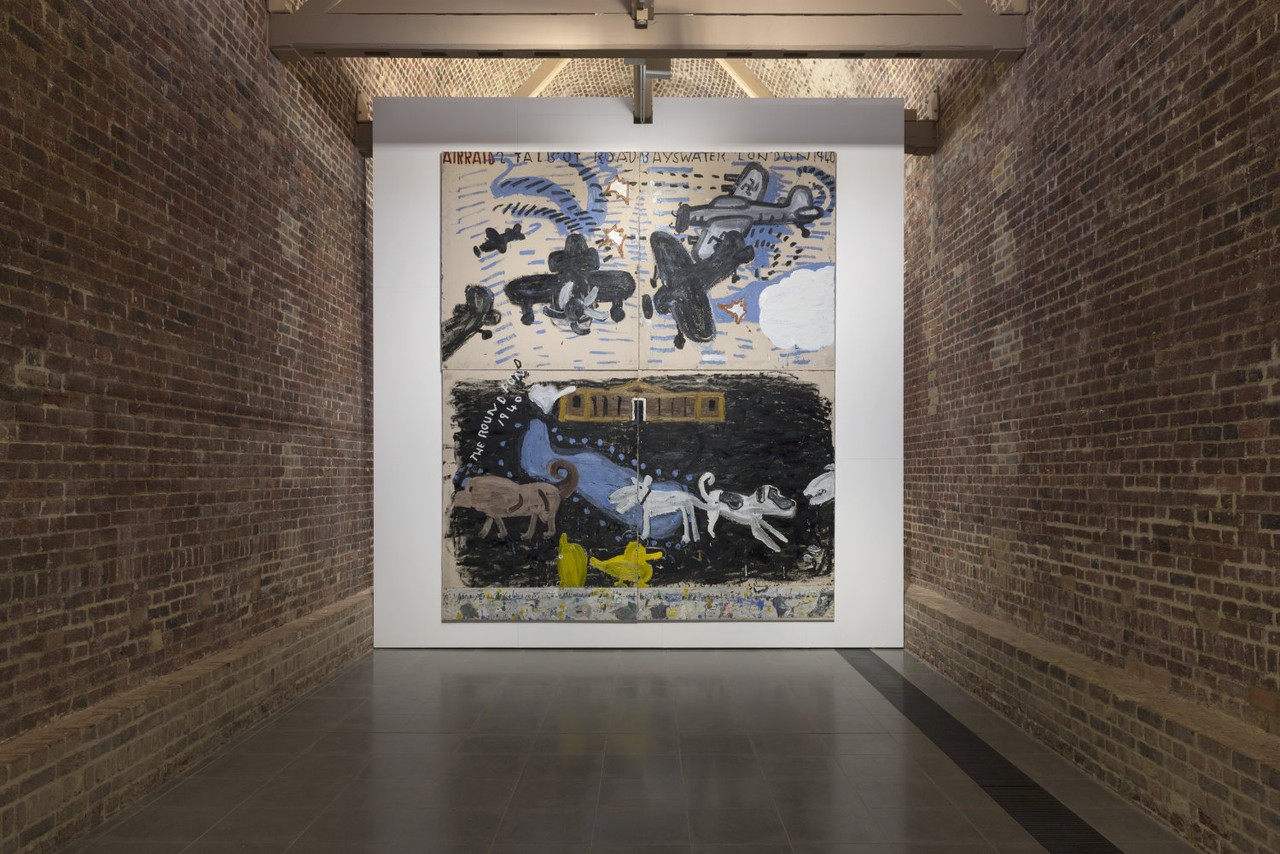 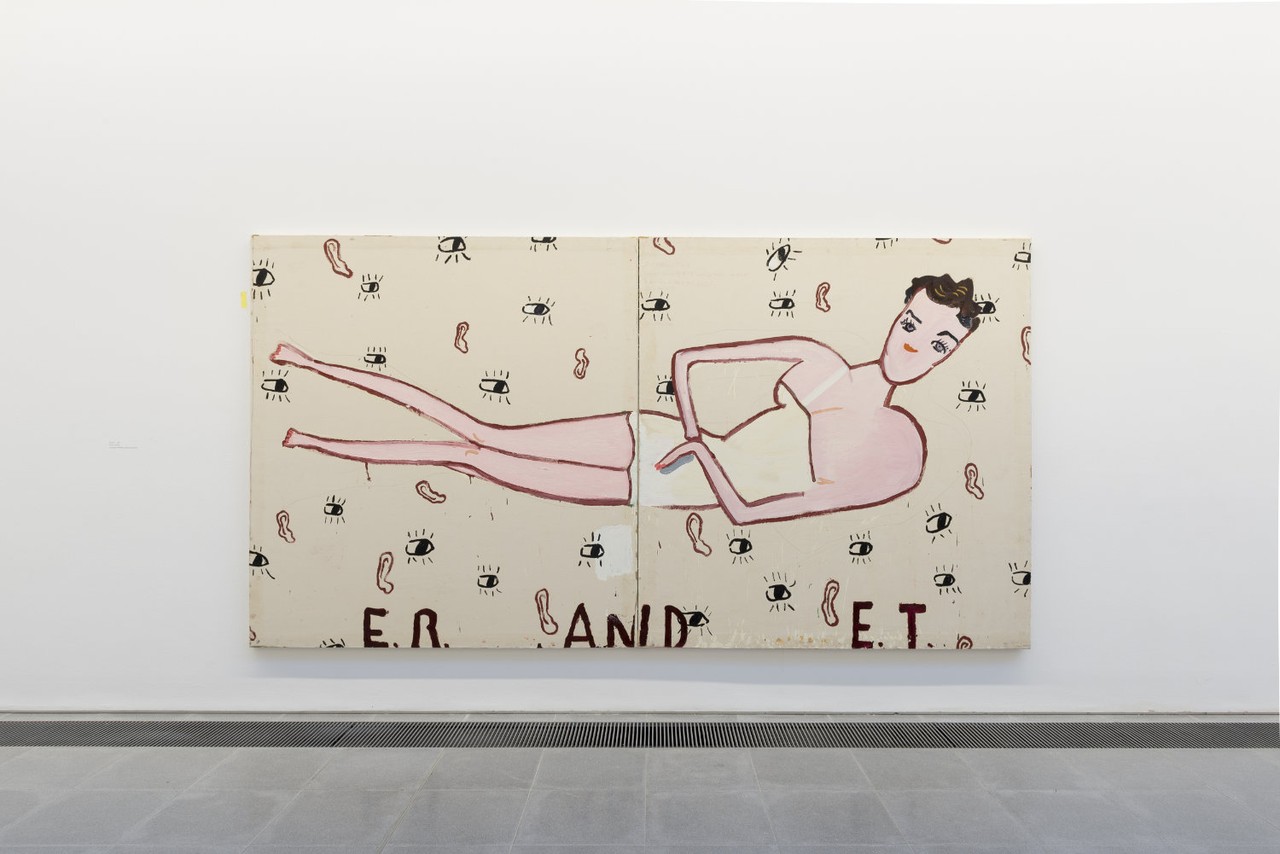 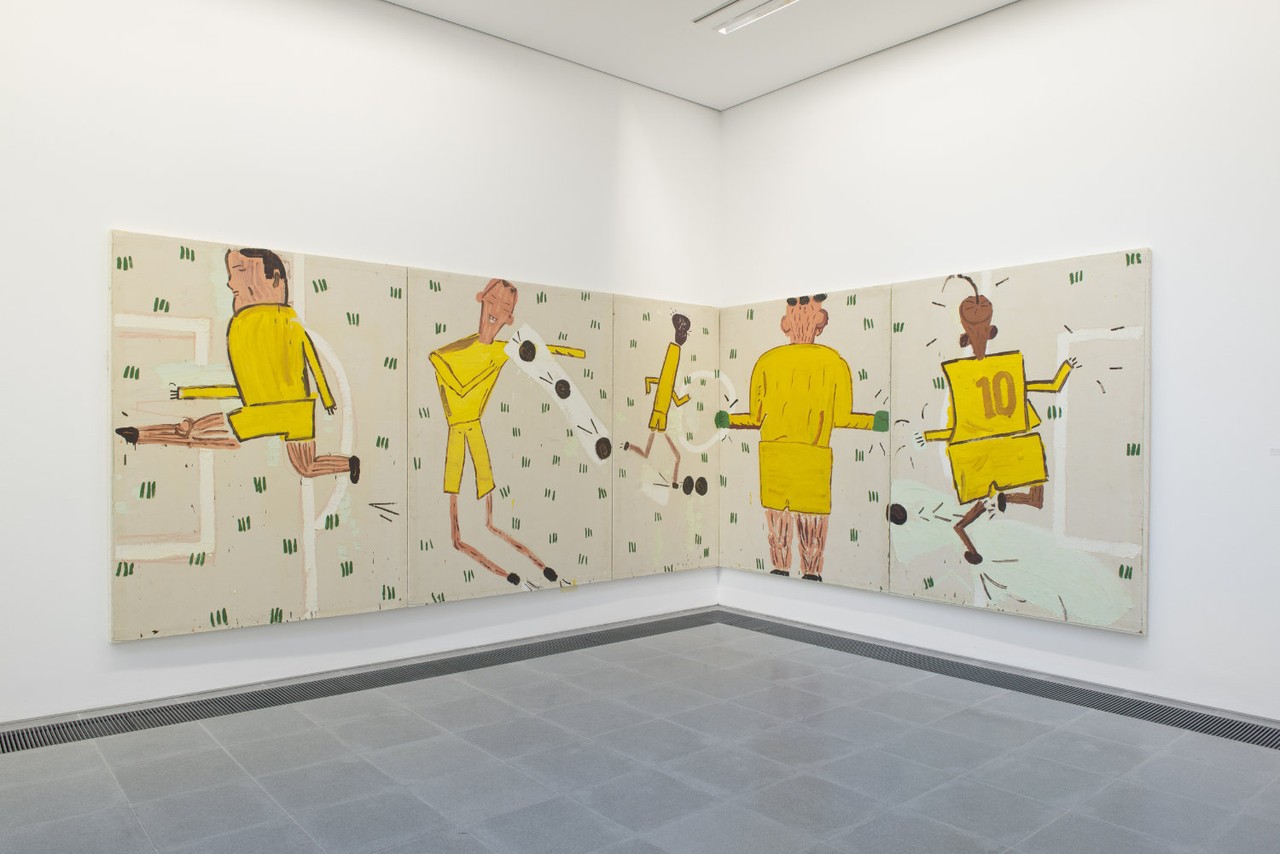 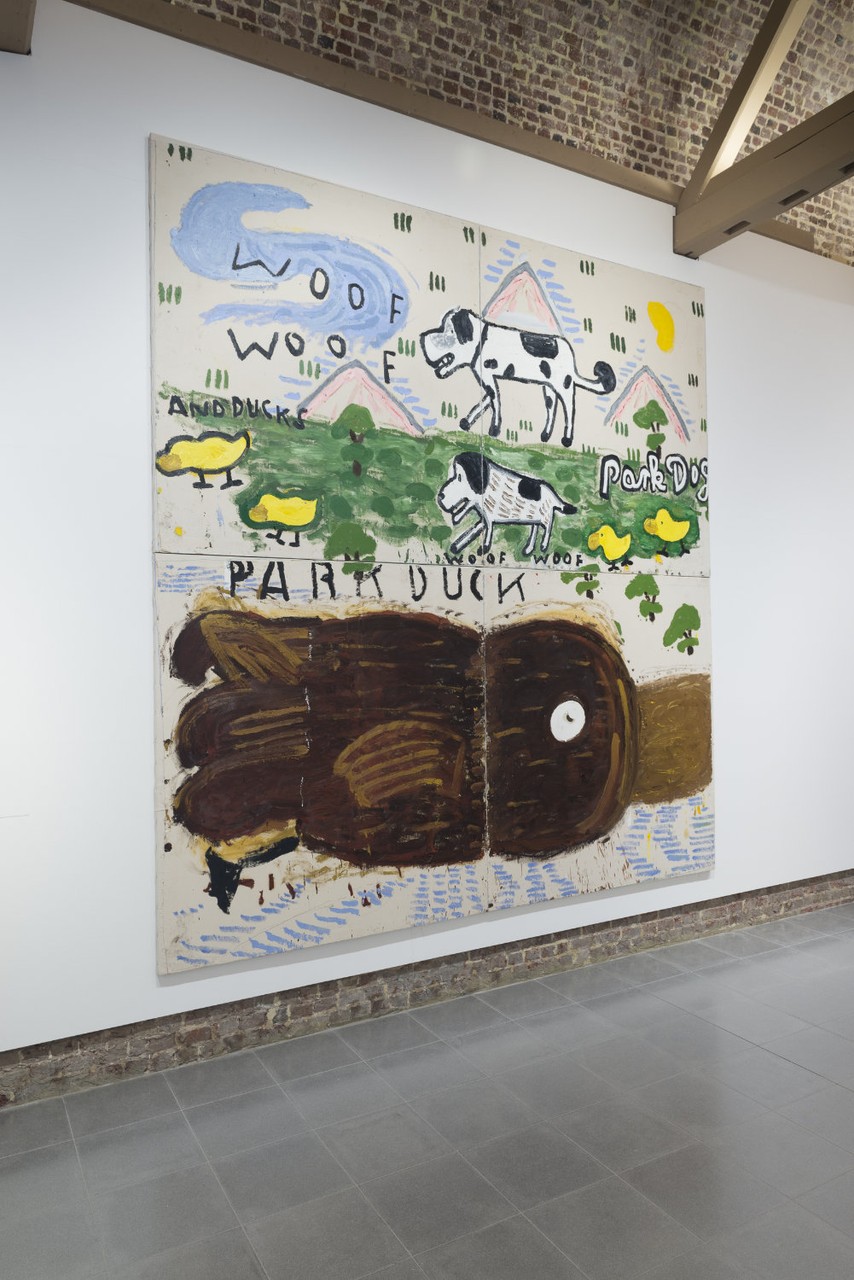 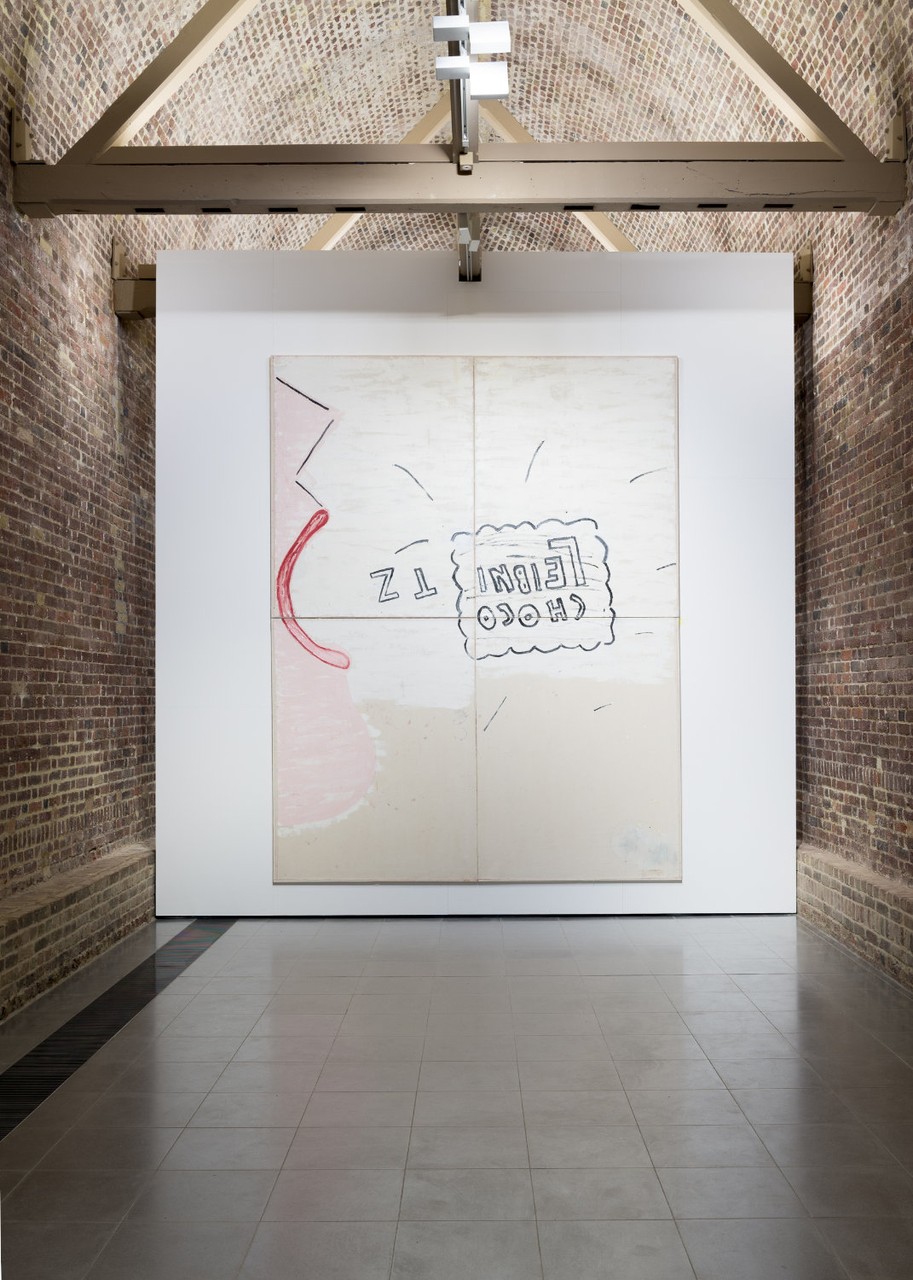 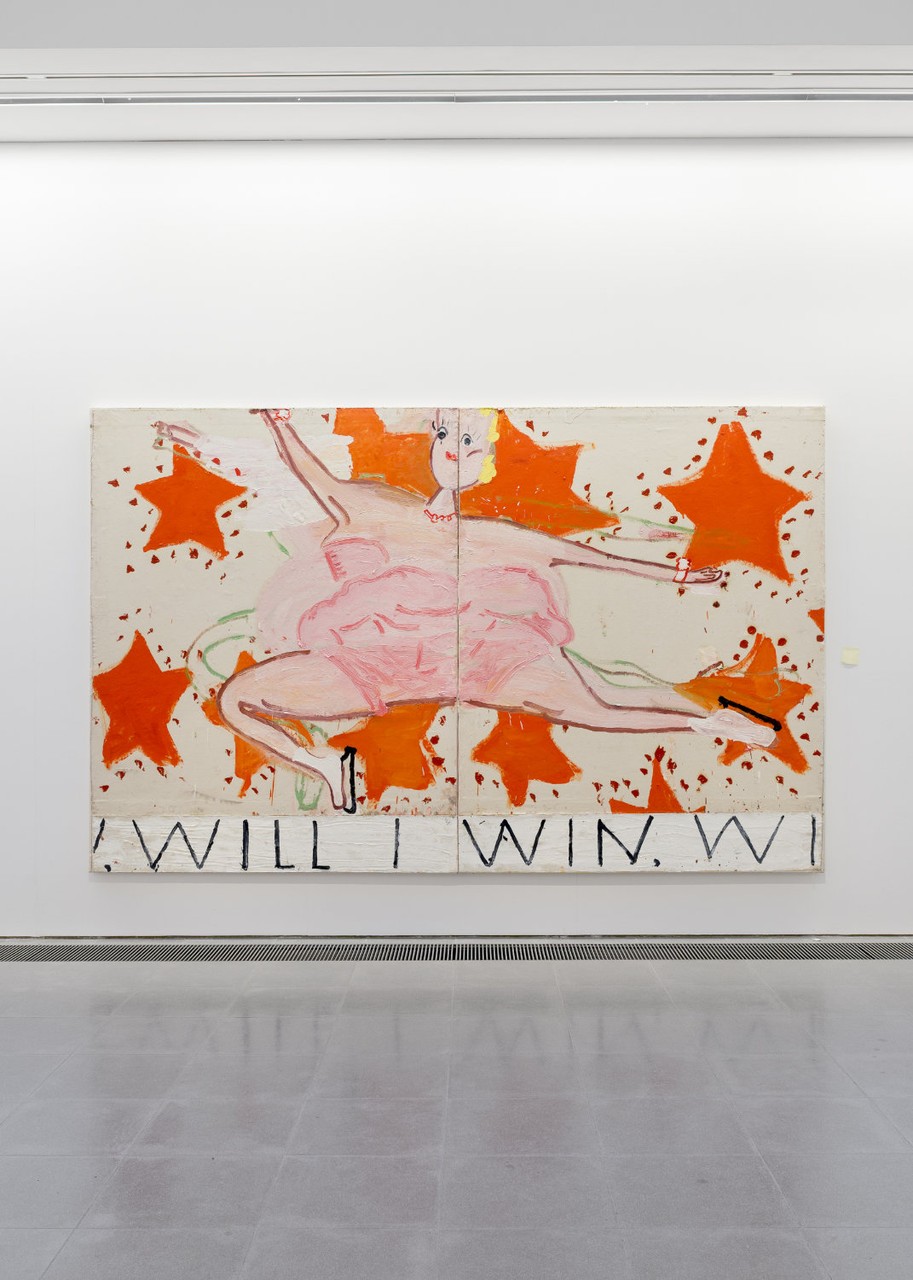 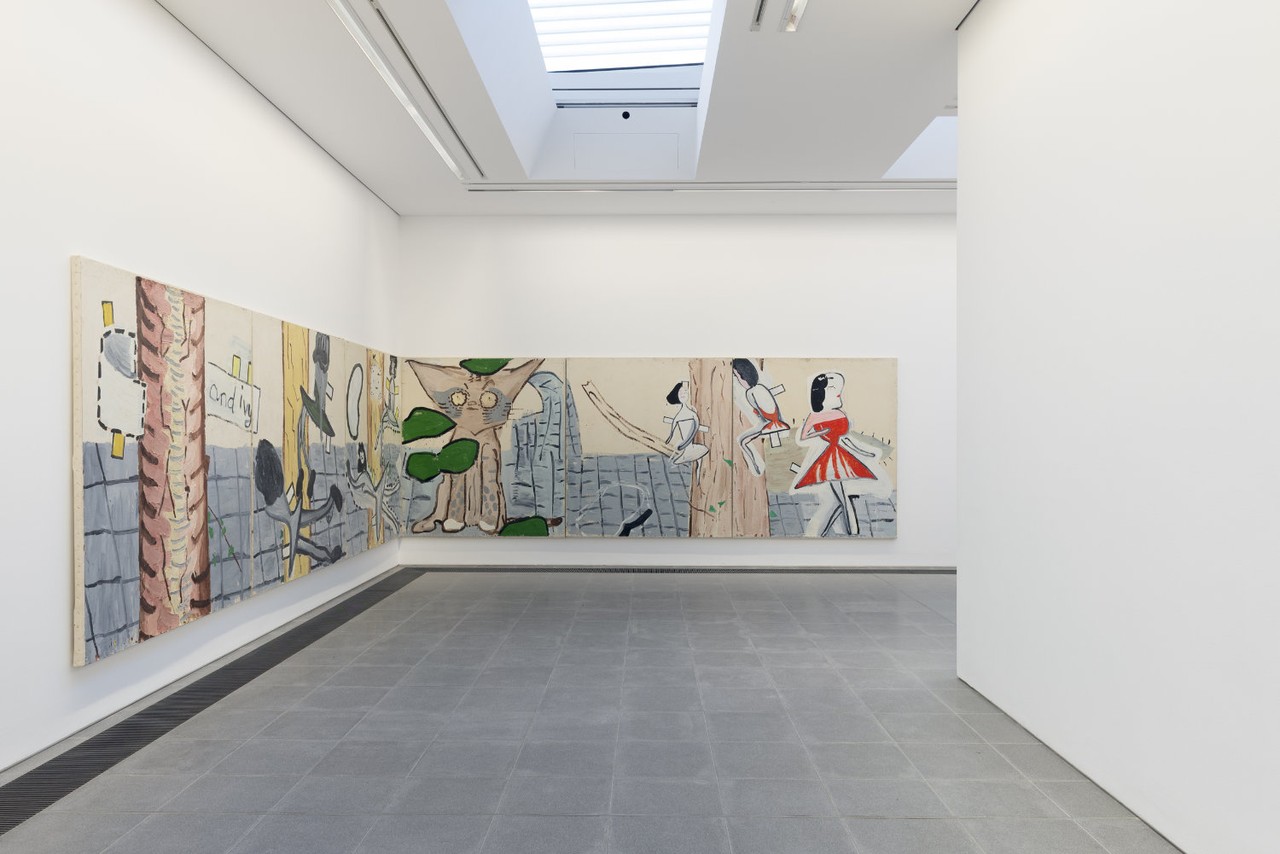 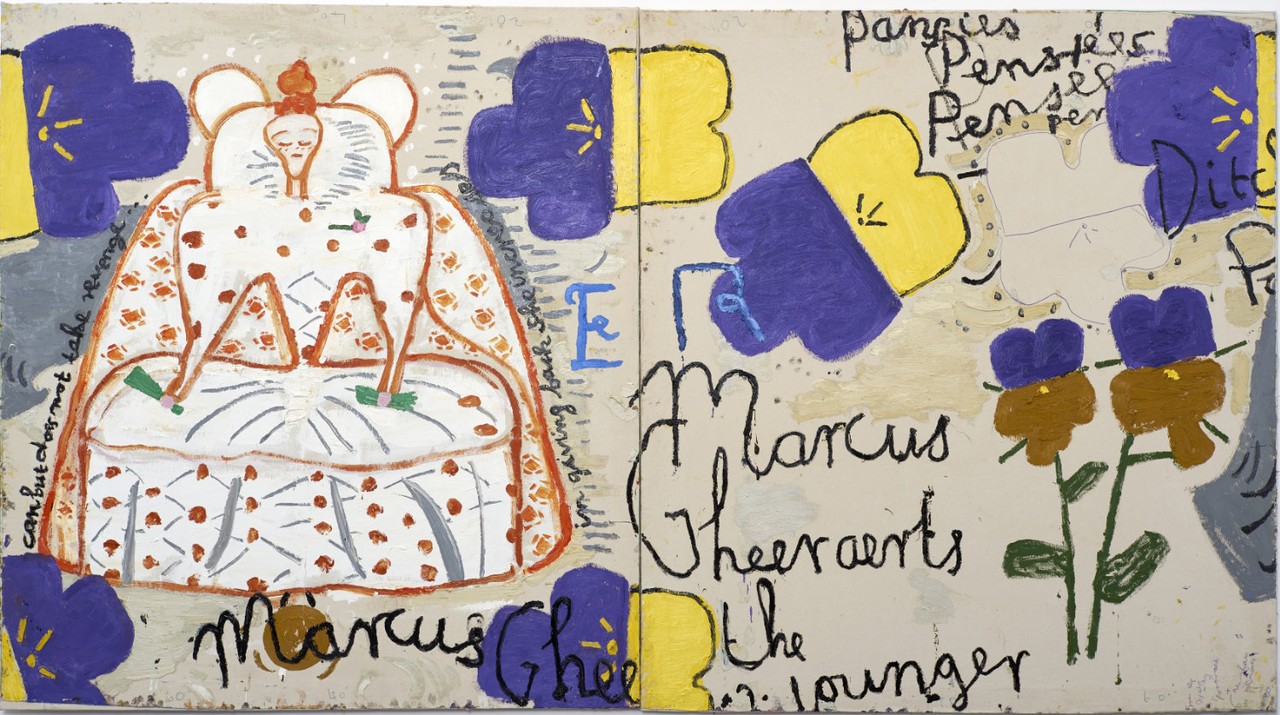 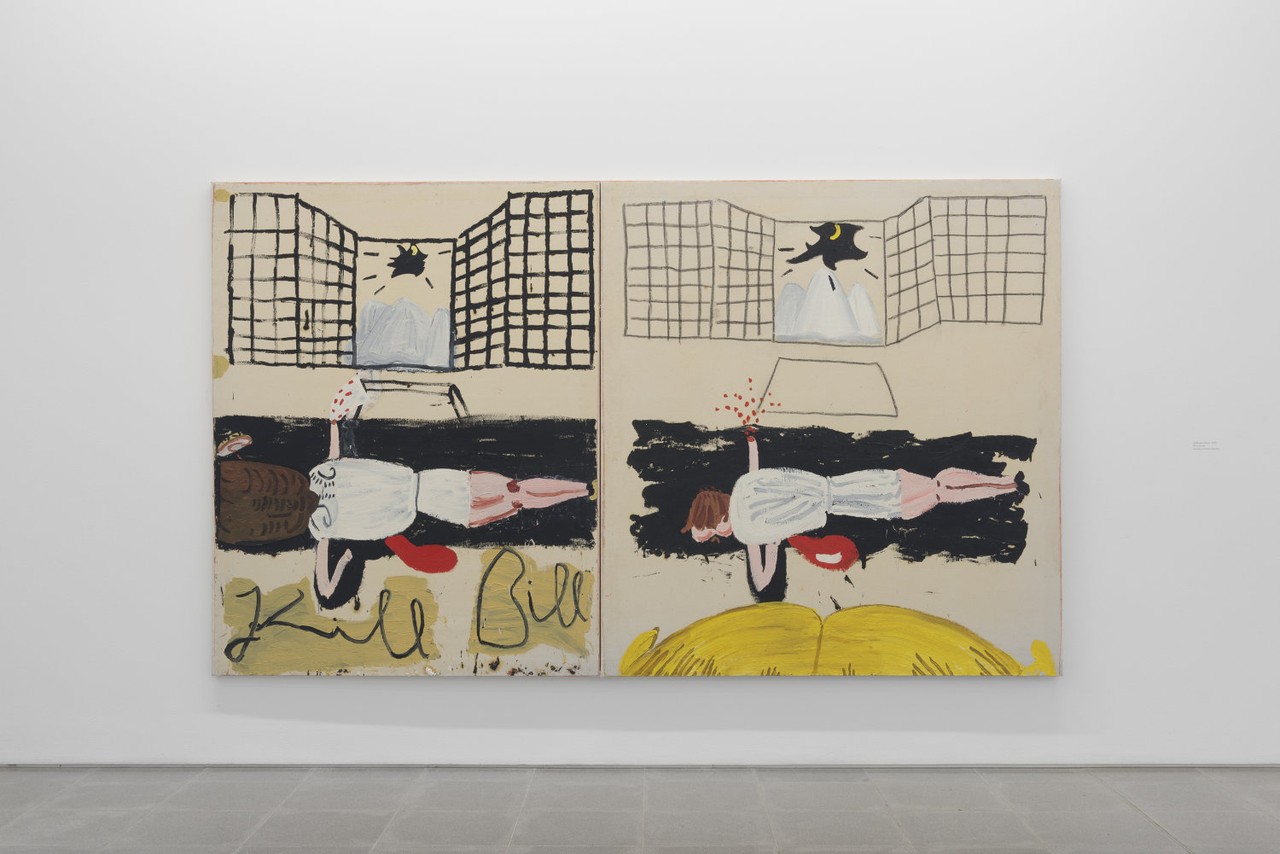 Rose Wylie finds inspiration for her visually compelling paintings through her daily encounters and a variety of sources, from art history, cinema, comic books and the natural world to news, verbal anecdotes, celebrity stories and sport. These might include a scene from Quentin Tarantino’s iconic Kill Bill films, a self-portrait of Wylie eating a chocolate biscuit, or a football match. Her vibrant, large-scale canvases fill the walls of the Serpentine Sackler Gallery.

Quack Quack includes paintings dating from the late 1990s to the present day – some never previously exhibited, including a new group of works inspired by Hyde Park and Kensington Gardens. One, based on Wylie’s childhood memories of living in Bayswater during the Blitz, maps the park’s landscape – dogs, ducks, the Serpentine lake, and both the historic building and Zaha Hadid’s present day extension of the Gallery – with memories of Spitfires and Messerschmitt planes fighting overhead. The exhibition title connects similarly to place as well as to ‘ack-ack’, a term used to describe Second World War anti-aircraft artillery.

Wylie often paints through the filter of memory and impression, using text to enhance facts and recollections and editing images by overlaying new pieces of canvas over images, like a collage. At times, the compositions of her paintings are informed by cinematic techniques, whether the multiple headshots of Sitting on a Bench with Border (Film Notes) 2008, based on Pedro Almodóvar’s 2006 film Volver, or Wylie’s two paintings from the 2005 film Syriana, which take in a panoramic and close-up shot of the same scene.

Instilled with wit, Wylie’s paintings are confident, animated and energetic, proposing new perspectives on the world and the plethora of images that make up our collective cultural memory.