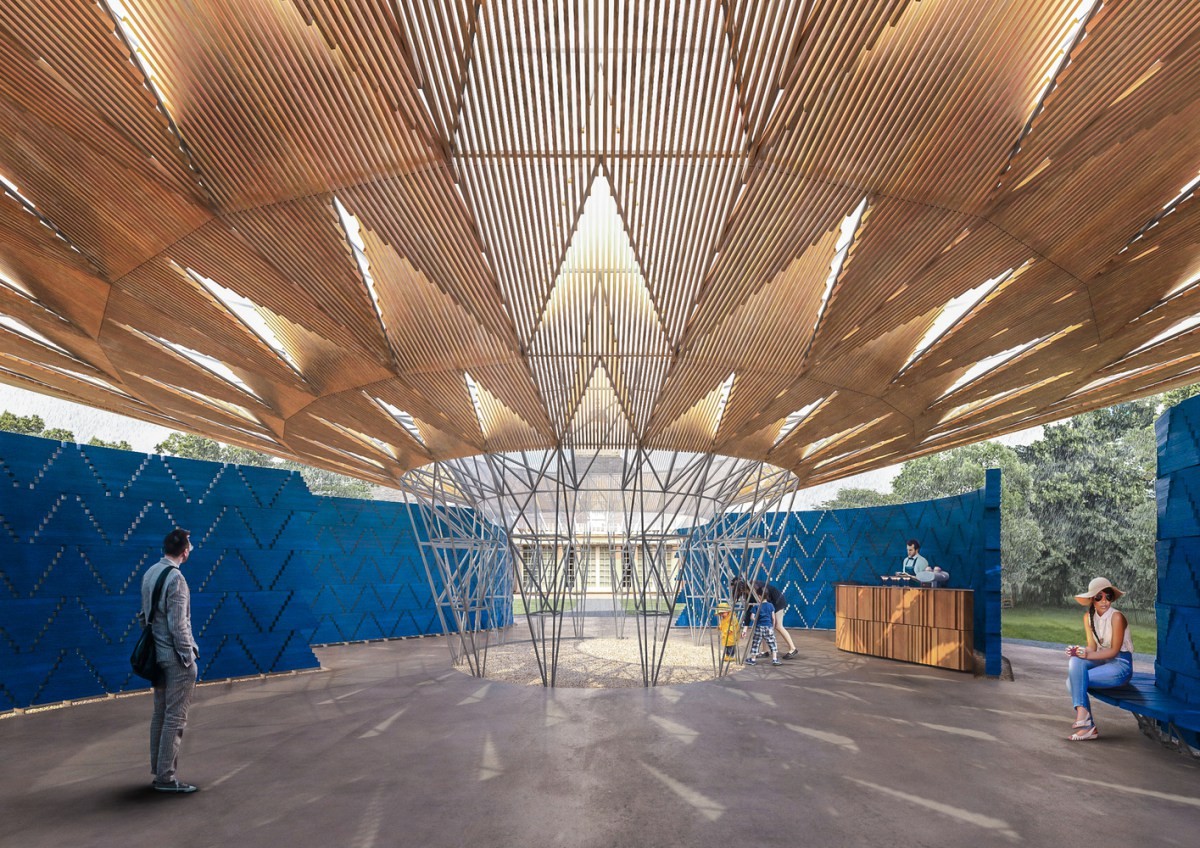 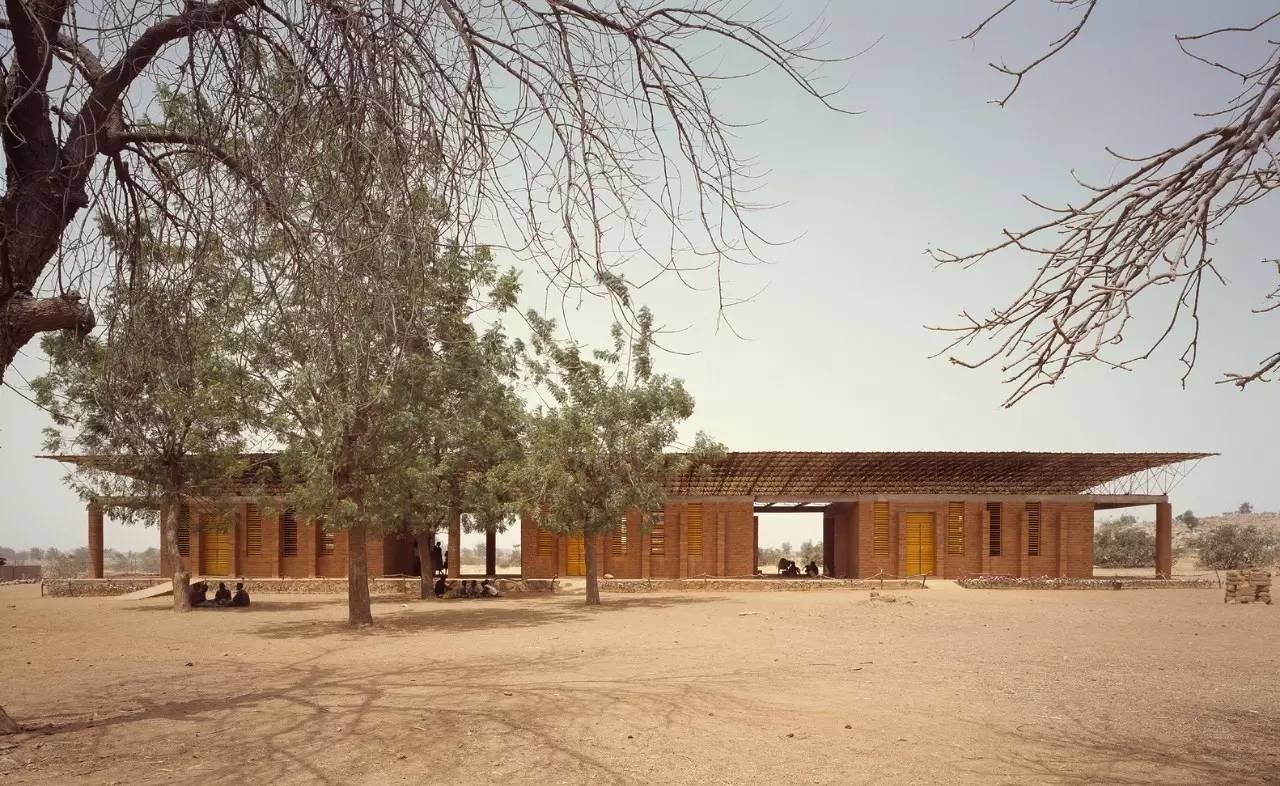 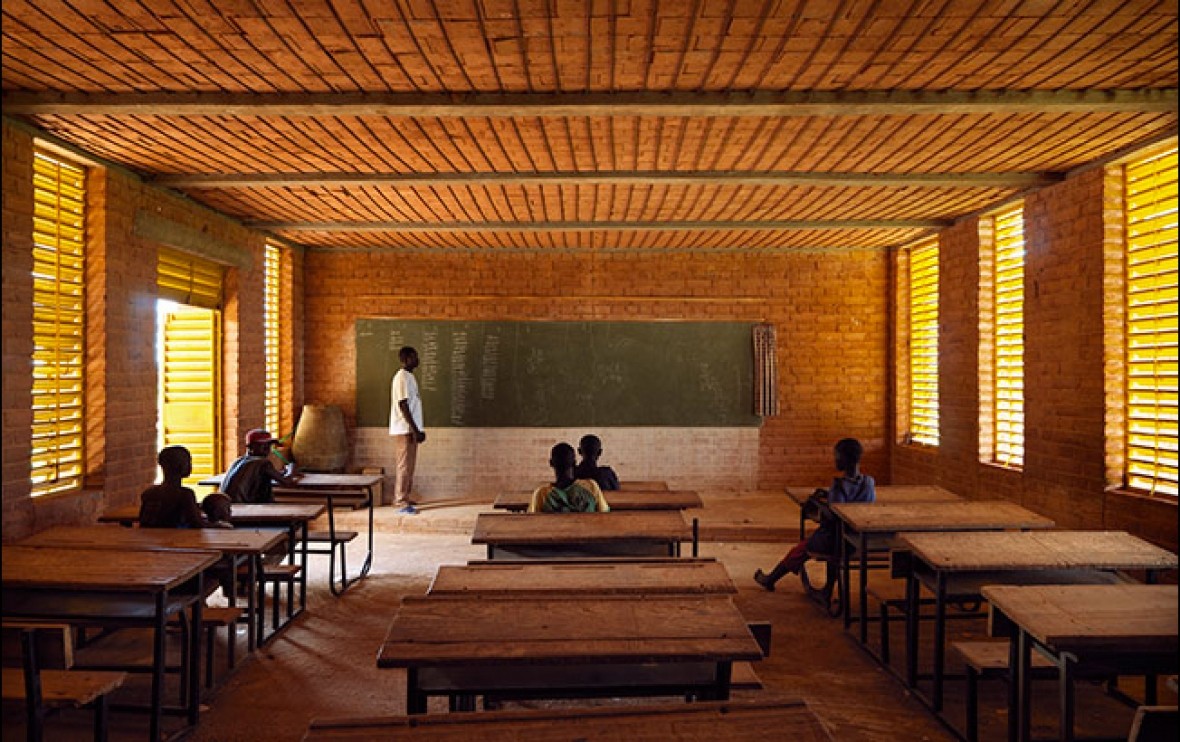 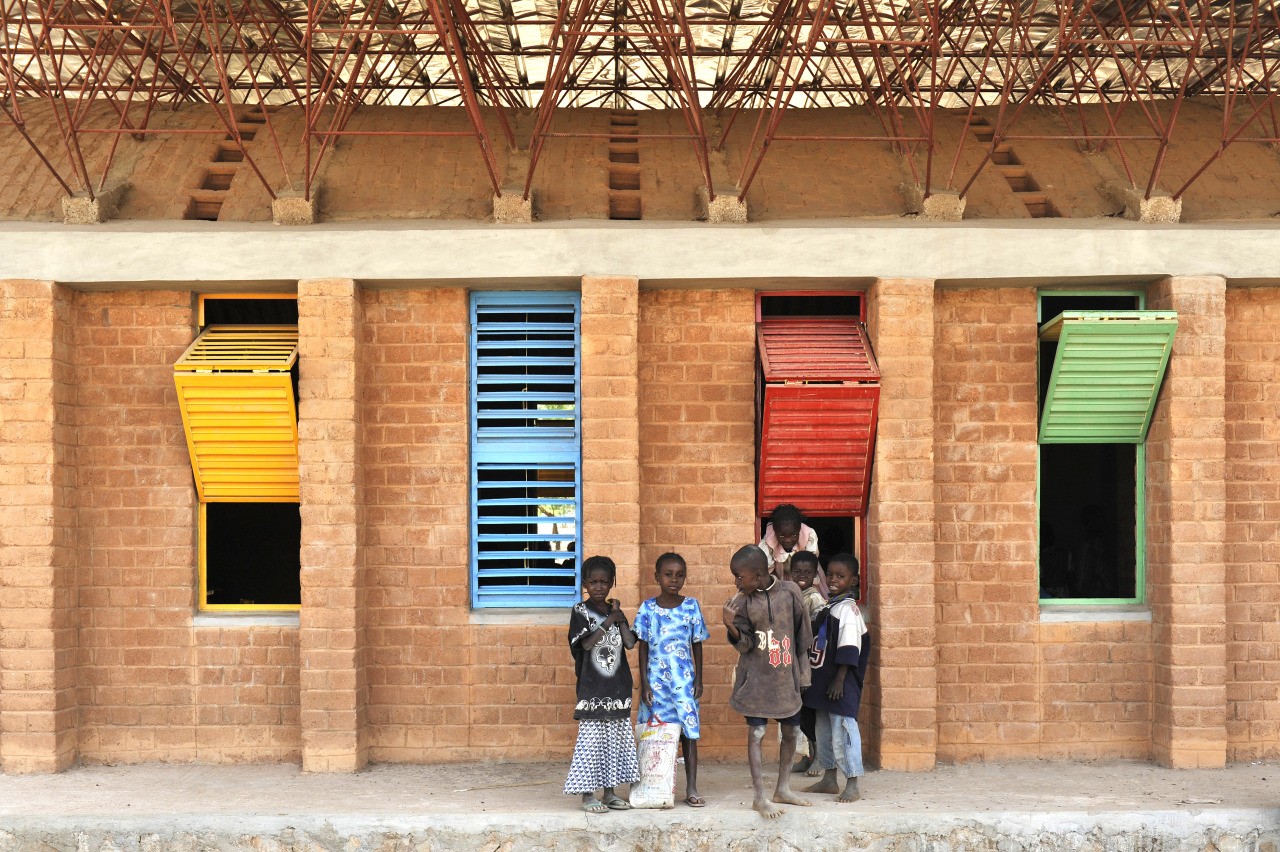 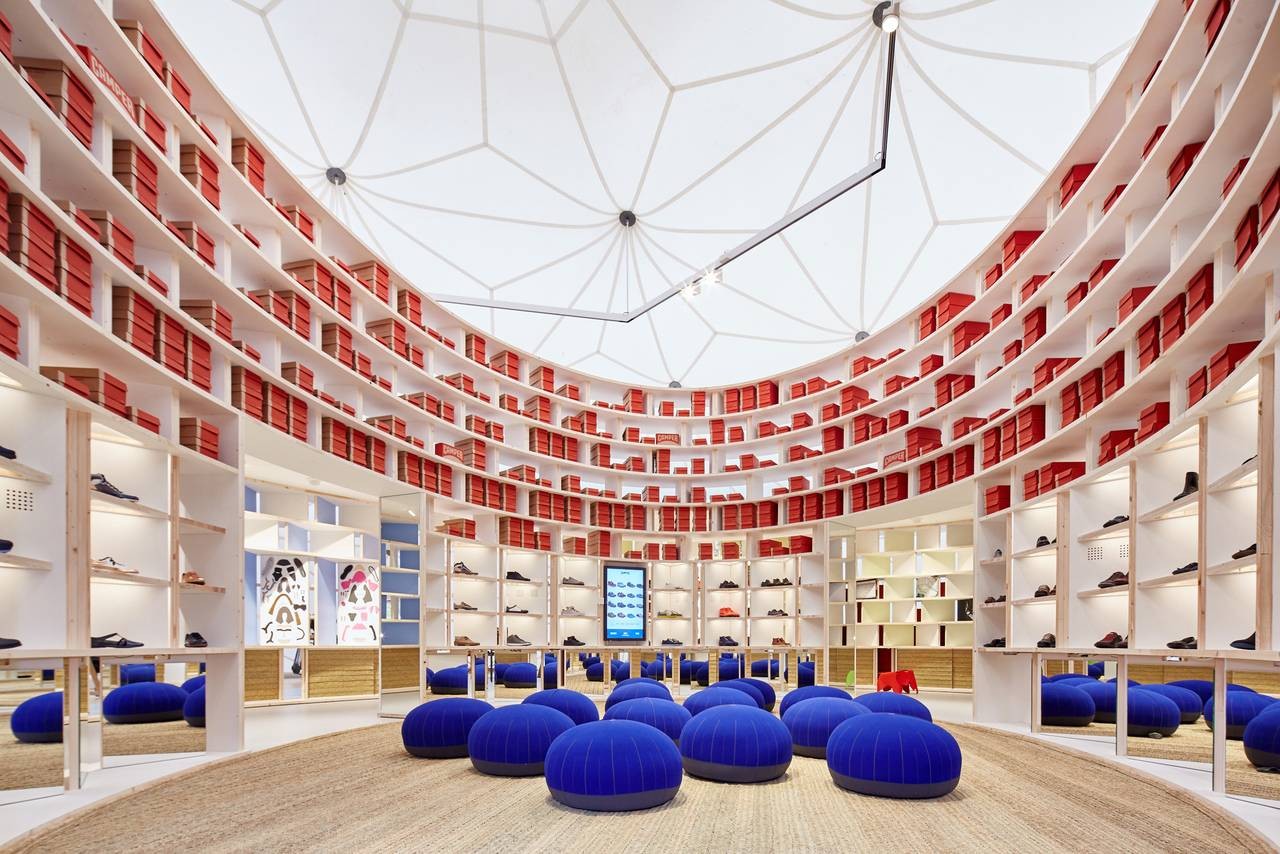 Diébédo Francis Kéré, the award-winning architect from Gando, Burkina Faso, has been commissioned to design the Serpentine Pavilion 2017, responding to the brief with a bold, innovative structure that brings his characteristic sense of light and life to the lawns of Kensington Gardens.

Kéré, who leads the Berlin-based practice Kéré Architecture, is the seventeenth architect to accept the Serpentine Galleries’ invitation to design a temporary Pavilion in its grounds. Since its launch in 2000, this annual commission of an international architect to build his or her first structure in London at the time of invitation has become one of the most anticipated events in the global cultural calendar and a leading visitor attraction during London’s summer season. Serpentine Artistic Director Hans Ulrich Obrist and CEO Yana Peel made their selection of the architect, with advisors David Adjaye and Richard Rogers.

Inspired by the tree that serves as a central meeting point for life in his home town of Gando, Francis Kéré has designed a responsive Pavilion that seeks to connect its visitors to nature – and each other. An expansive roof, supported by a central steel framework, mimics a tree’s canopy, allowing air to circulate freely while offering shelter against London rain and summer heat.

Kéré has positively embraced British climate in his design, creating a structure that engages with the ever-changing London weather in creative ways. The Pavilion has four separate entry points with an open air courtyard in the centre, where visitors can sit and relax during sunny days. In the case of rain, an oculus funnels any water that collects on the roof into a spectacular waterfall effect, before it is evacuated through a drainage system in the floor for later use in irrigating the park. Both the roof and wall system are made from wood. By day, they act as solar shading, creating pools of dappled shadows. By night, the walls become a source of illumination as small perforations twinkle with the movement and activity from inside.

As an architect, Kéré is committed to socially engaged and ecological design in his practice, as evidenced by his award-winning primary school in Burkina Faso, pioneering solo museum shows in Munich and Philadelphia, and his immersive installation in the 2014 exhibition Sensing Spaces at London’s Royal Academy.

Building on these ideas, Kéré’s Serpentine Pavilion will host a programme of events exploring questions of community and rights to the city, as well as the continuation of Park Nights, the Serpentine’s public performance series, supported by COS. Now in its third year, Build Your Own Pavilion, the digital platform and nationwide architecture campaign supported by Bloomberg Philanthropies, will invite young people to consider the relationship between architecture and public space, to ask critical questions about the future of their cities and to design the cities in which they would like to live.

The proposed design for the 2017 Serpentine Pavilion is conceived as a micro cosmos – a community structure within Kensington Gardens that fuses cultural references of my home country Burkina Faso with experimental construction techniques. My experience of growing up in a remote desert village has instilled a strong awareness of the social, sustainable, and cultural implications of design. I believe that architecture has the power to, surprise, unite, and inspire all while mediating important aspects such as community, ecology and economy.

In Burkina Faso, the tree is a place where people gather together, where everyday activities play out under the shade of its branches. My design for the Serpentine Pavilion has a great over-hanging roof canopy made of steel and a transparent skin covering the structure, which allows sunlight to enter the space while also protecting it from the rain. Wooden shading elements line the underside of the roof to create a dynamic shadow effect on the interior spaces. This combination of features promotes a sense of freedom and community; like the shade of the tree branches, the Pavilion becomes a place where people can gather and share their daily experiences.
Fundamental to my architecture is a sense of openness. In the Pavilion this is achieved by the wall system, which is comprised of prefabricated wooden blocks assembled into triangular modules with slight gaps, or apertures, between them. This gives a lightness and transparency to the building enclosure. The composition of the curved walls is split into four elements, creating four different access points to the Pavilion. Detached from the roof canopy, these elements allow air to circulate freely throughout.

At the centre of the Pavilion is a large opening in the canopy, creating an immediate connection to nature. In times of rain, the roof becomes a funnel channelling water into the heart of the structure. This rain collection acts symbolically, highlighting water as a fundamental resource for human survival and prosperity.

In the evening, the canopy becomes a source of illumination. Wall perforations will give glimpses of movement and activity inside the pavilion to those outside. In my home village of Gando (Burkina Faso), it is always easy to locate a celebration at night by climbing to higher ground and searching for the source of light in the surrounding darkness. This small light becomes larger as more and more people arrive to join the event. In this way the Pavilion will become a beacon of light, a symbol of storytelling and togetherness.

Diébédo Francis Kéré is the principal architect at Kéré Architecture based in Berlin, founded in 2005. Kéré was born in 1965 in Gando, Burkina Faso, west Africa and trained at the Technical University of Berlin. Kéré Architecture has been recognised nationally and internationally with awards including the Aga Khan Award for Architecture (2004) for his first building, a primary school in Gando, Burkina Faso; LOCUS Global Award for Sustainable Architecture (2009); Global Holcim Award Gold (2011 and 2012); Green Planet Architects Award (2013); Schelling Architecture Foundation Award (2014) and the Kenneth Hudson Award – European Museum of the Year (2015).

Projects undertaken by Francis Kéré span countries including Burkina Faso, Mali, China, Mozombique, Kenya, Togo, Sudan, Germany, and Switzerland. He has taught internationally including the Technical University of Berlin and he has held professorships at the Harvard Graduate School of Design and Accademia di Architettura di Mendriso in Switzerland.

Kéré’s work has recently been the subject of solo exhibitions: Radically Simple at the Architecture Museum in Munich (2016) and The Architecture of Francis Kéré: Building for Community, Philadelphia Museum of Art (2016). His work has also been selected for group exhibitions Small Scale, Big Change: New Architectures of Social Engagement, Museum of Modern Art, New York (2010) and Sensing Spaces, Royal Academy, London (2014).
www.serpentinegalleries.org