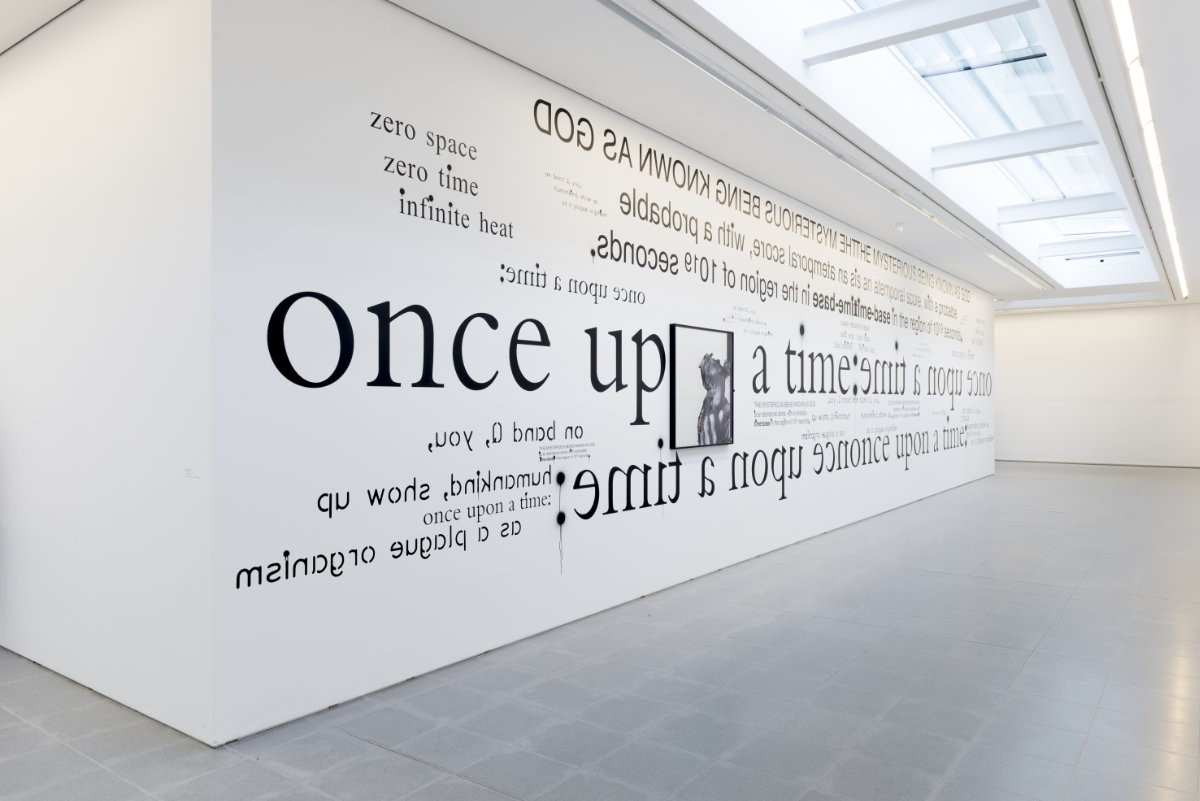 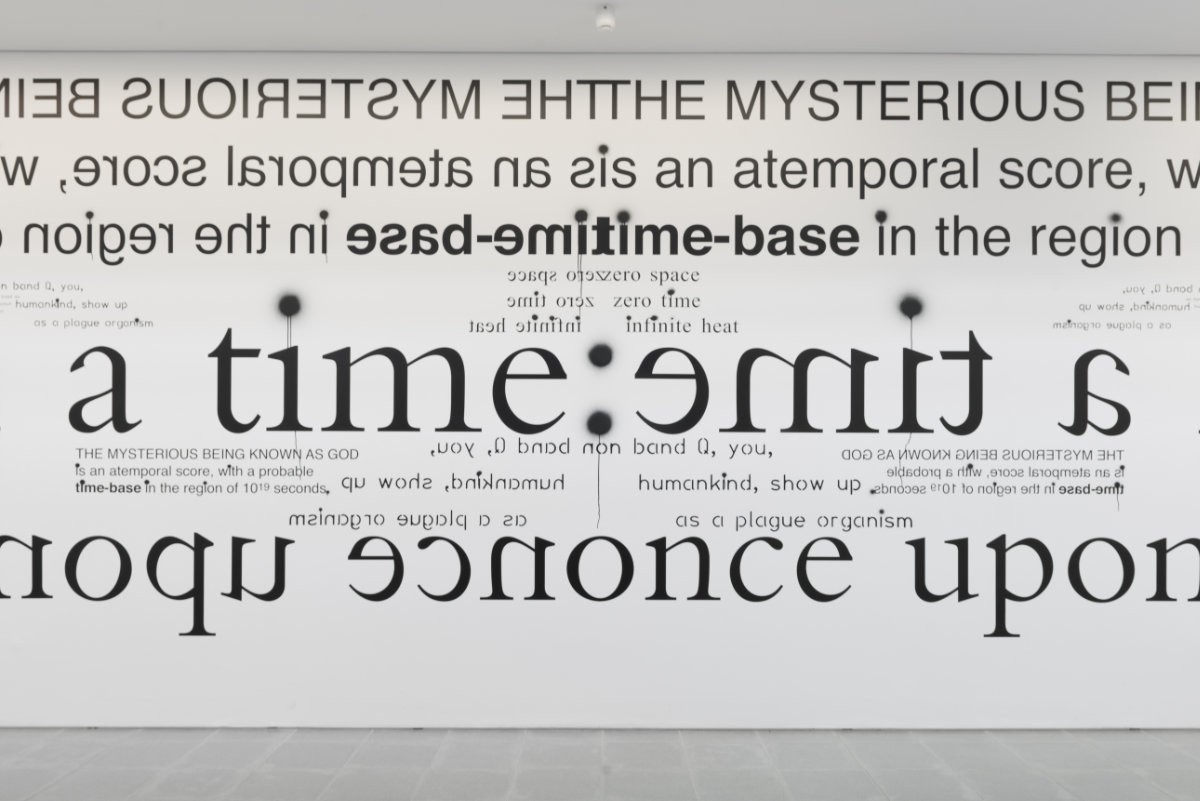 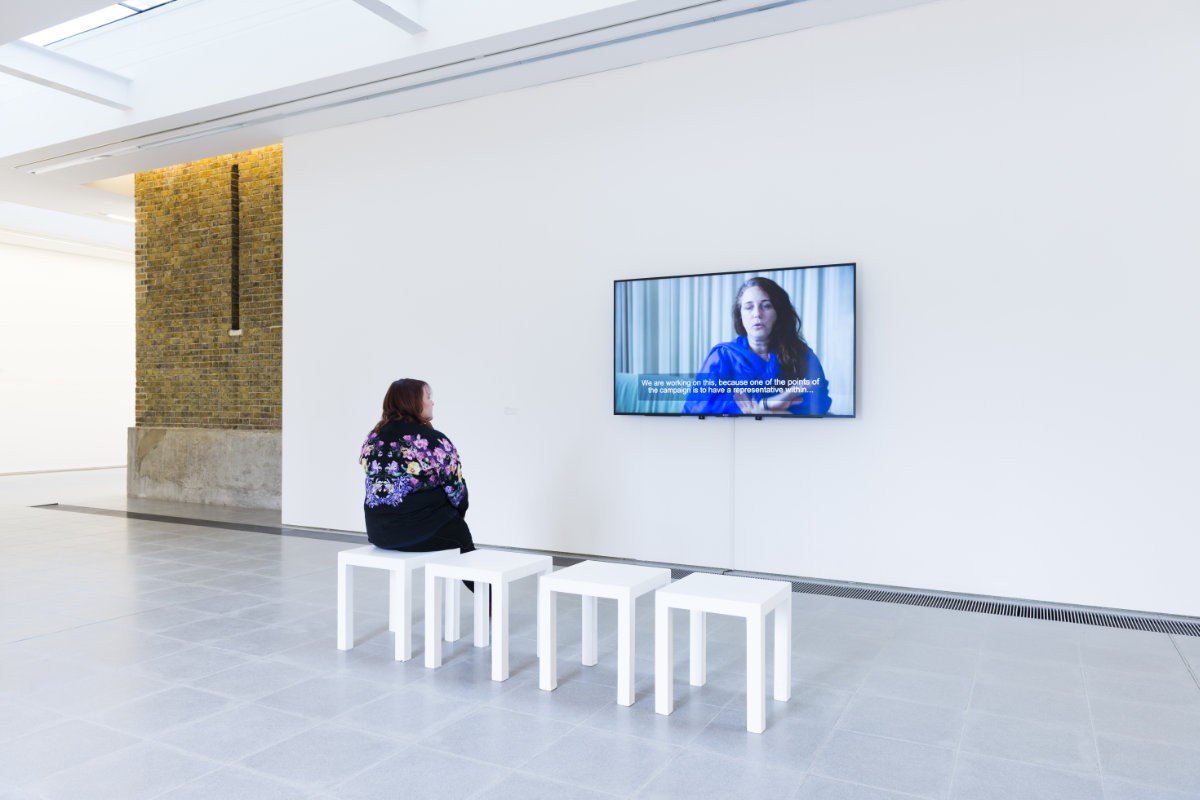 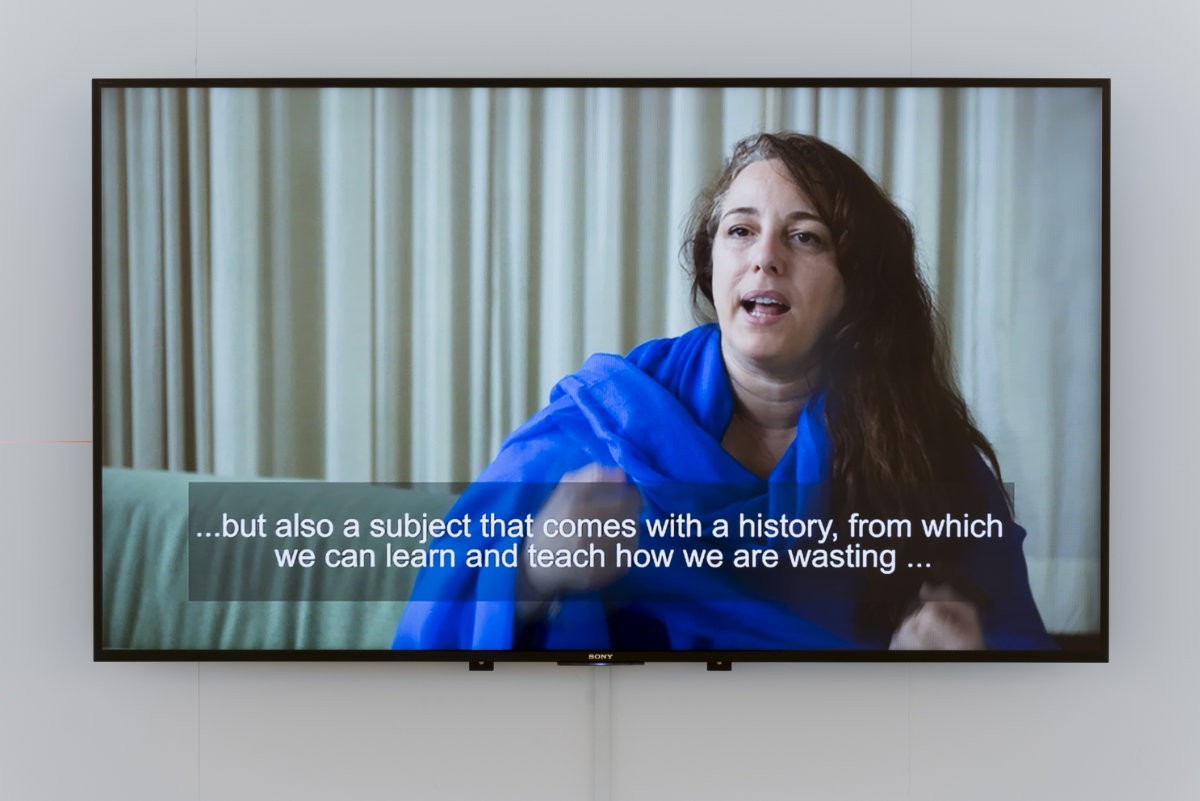 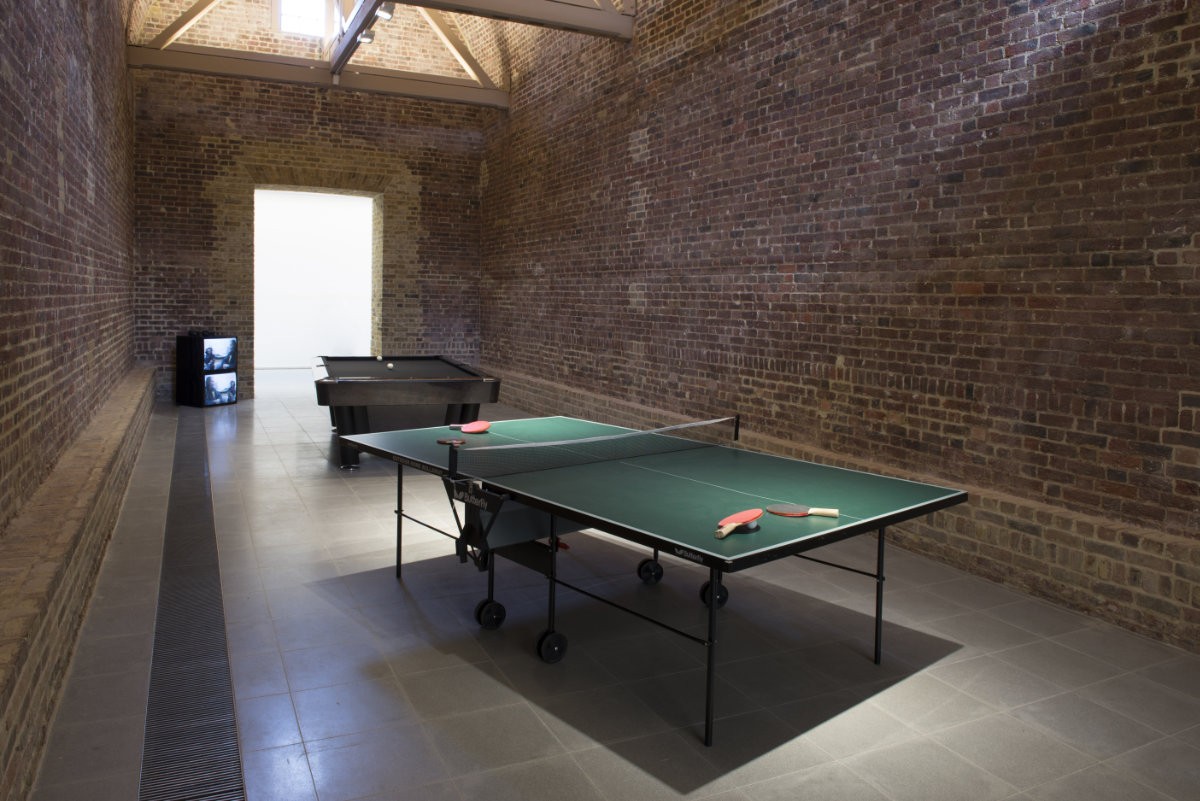 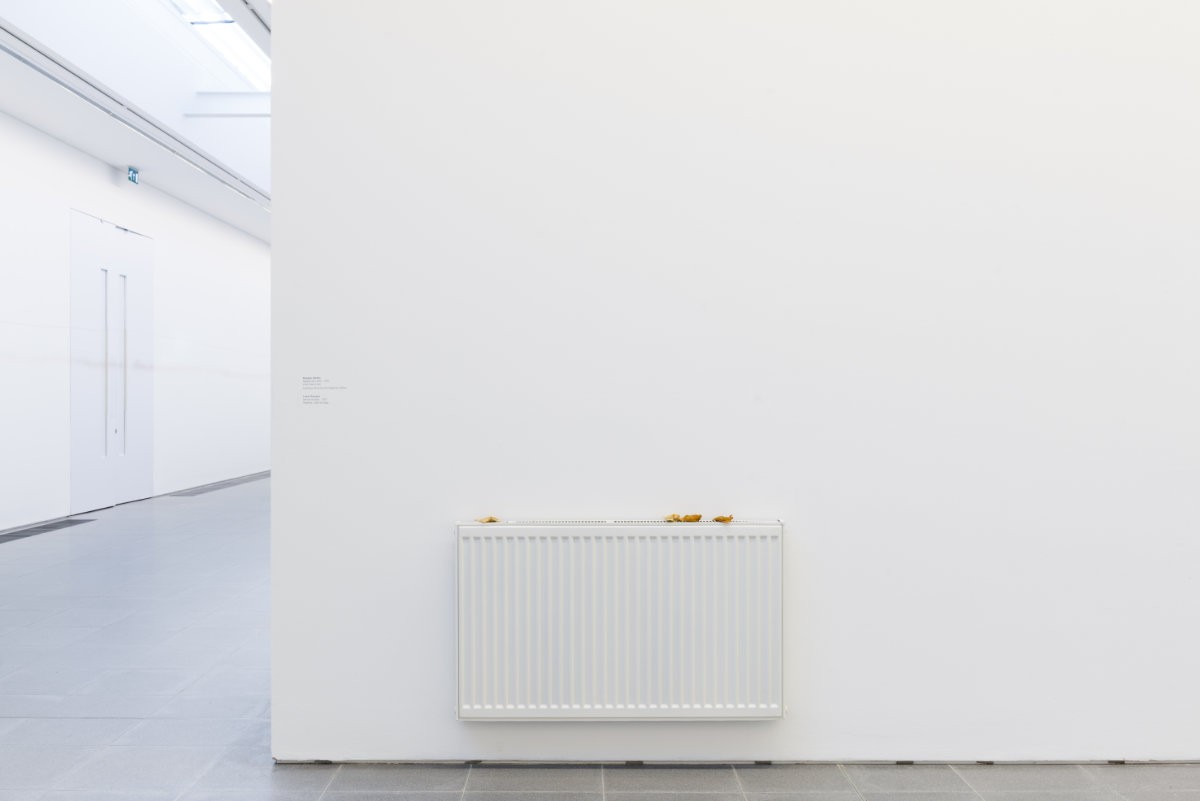 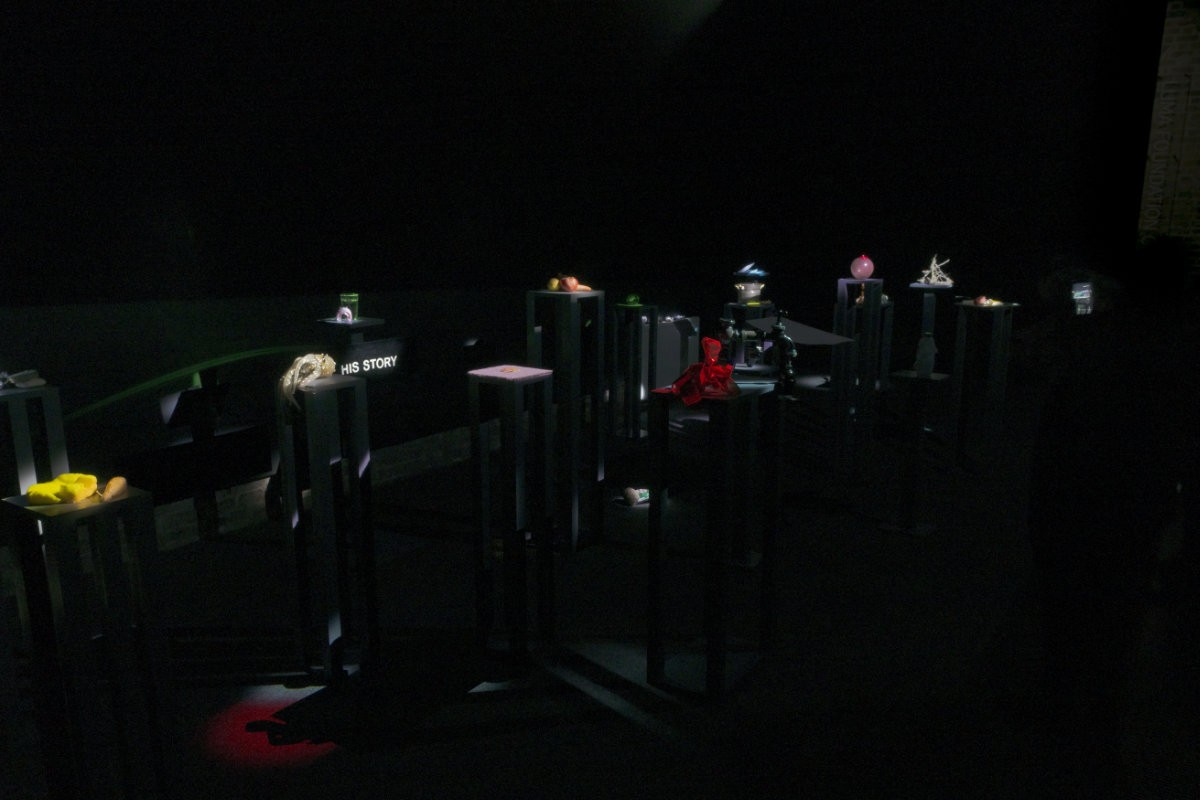 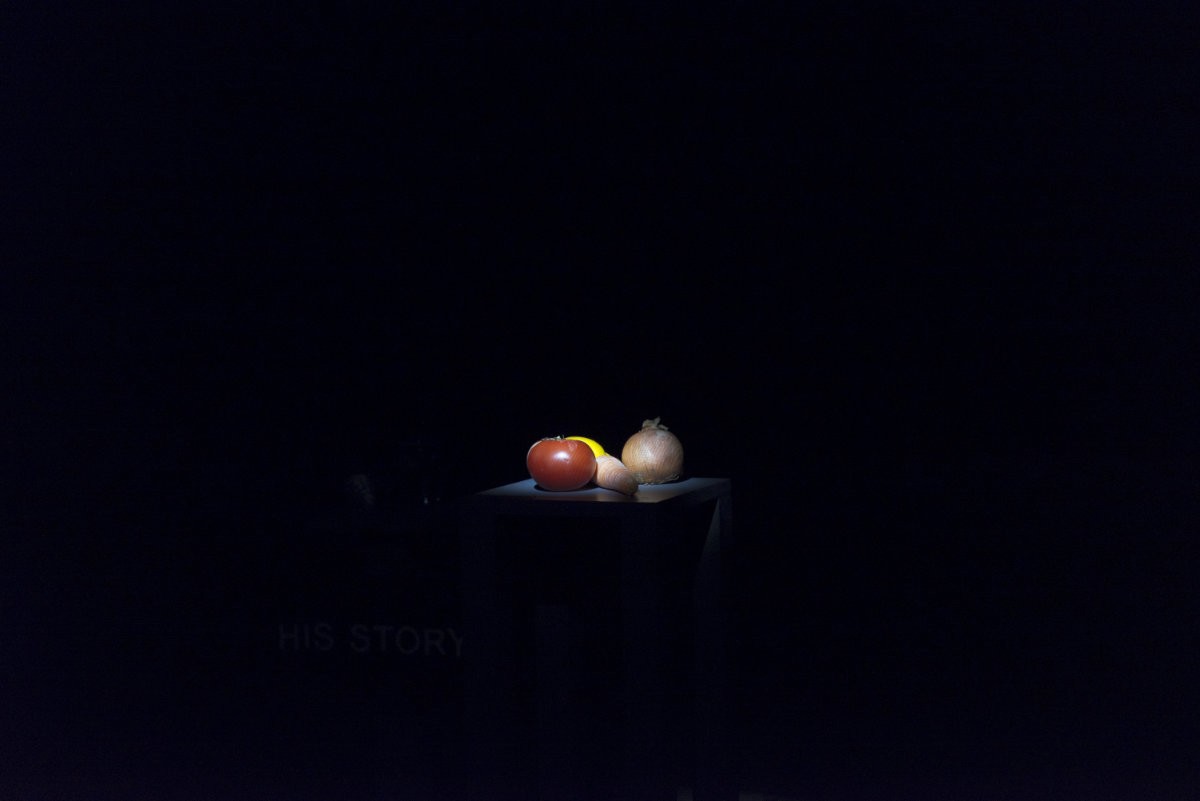 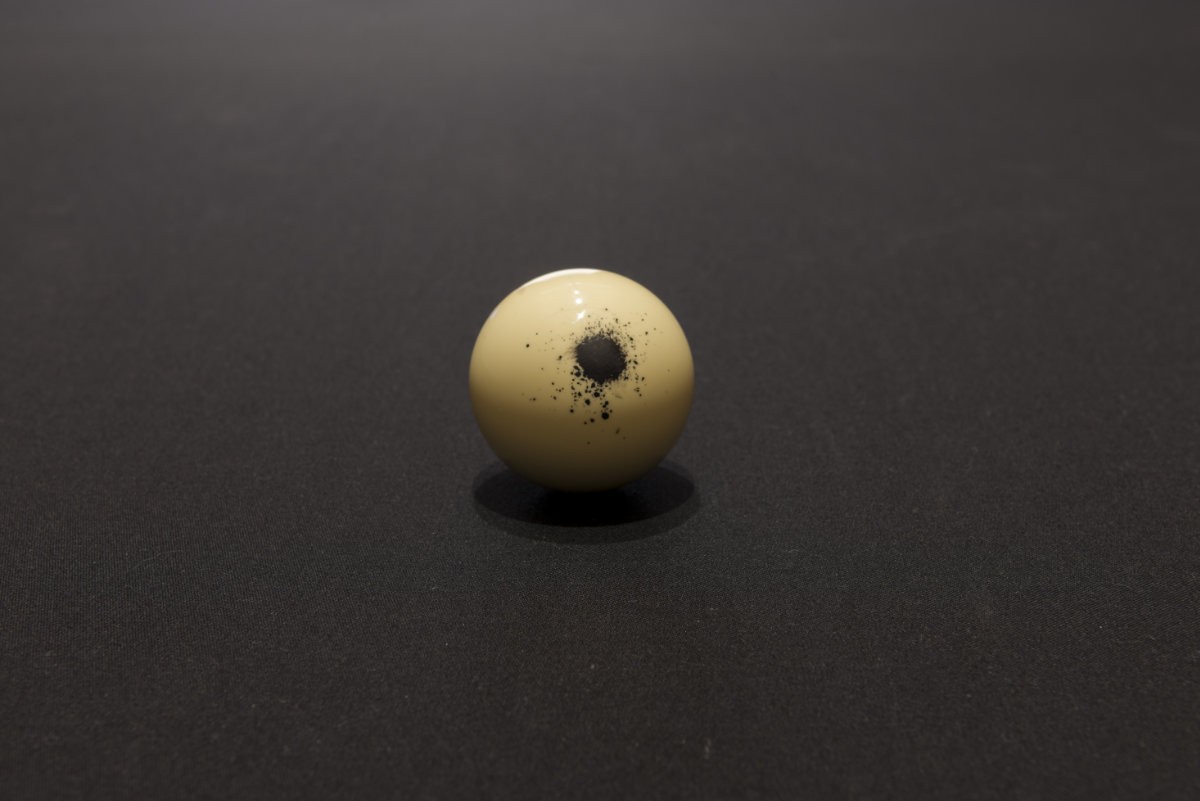 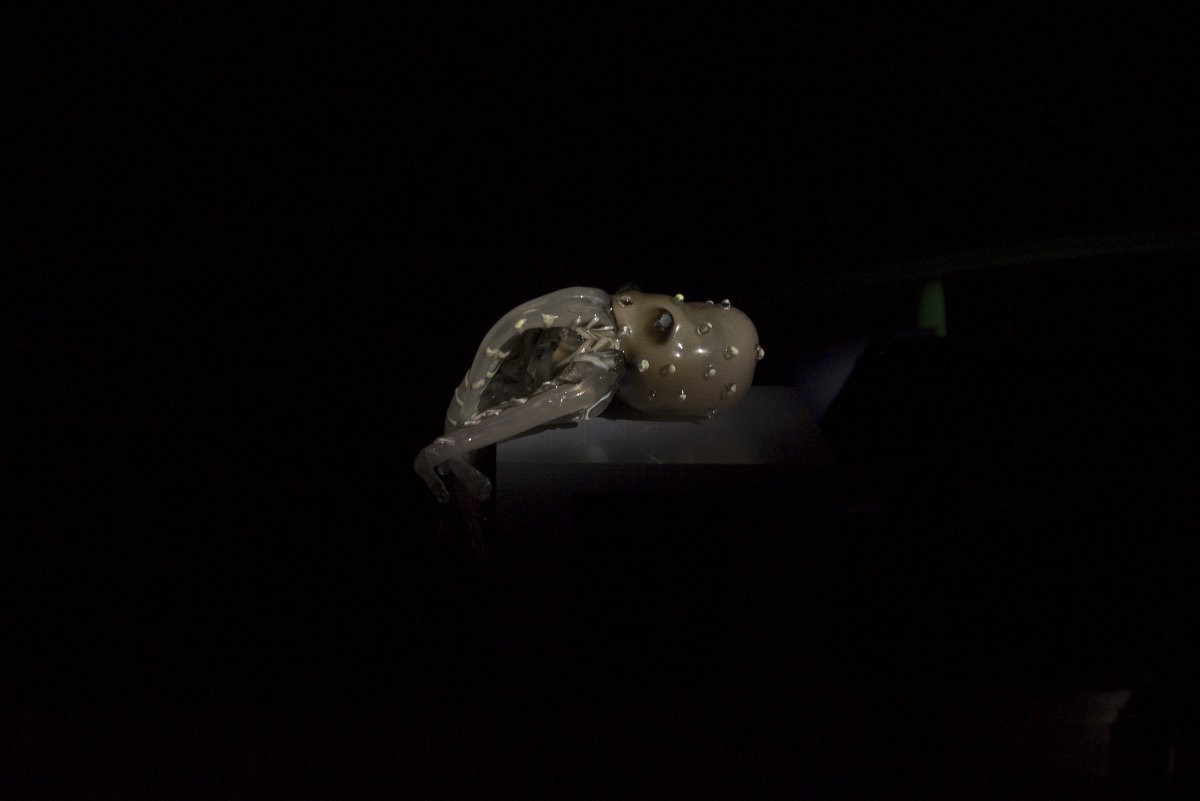 The artists in Speak each extend and update Latham’s radical world view with their own sense of urgency. The Sackler has become a transformed space with an installation of video, light, sound and sculpture in the Powder Rooms, and, in the gallery, a bid for Cuban presidency and a composition of drawings, sound and a single live body. Each artist explores language as a medium for action, exchange and disruption. Together, they reveal how Latham’s ideas continue to resonate: from taking an unconventional approach to the reception and transference of knowledge to prioritising the role of the artist in society as an agent for change.

Tania Bruguera directly addresses political and humanitarian issues in her native Cuba through performance and long-term social engagement projects. Her interventions parallel the ambitions of the Artist Placement Group (APG), co-founded by John Latham, which positioned the artist inside industry with the potential to effect change. For this exhibition, Bruguera has made a video that builds on her recent announcement to run for presidency in Cuba.

Douglas Gordon was first introduced to John Latham in his years as a student at Glasgow School of Art (1984–8), and Latham remained an influential figure on Gordon’s work. He has responded to the architecture of the Serpentine Sackler Gallery by creating a new site-specific text installation incorporating Latham’s text works, drawing out their shared interest in the relationship between language and time, alongside a new video work which revisits and fragments a conversation between Gordon, Latham and the Serpentine’s Artistic Director Hans Ulrich Obrist from 1999. Gordon also presents two games: The Latham (Variations) redefining the Game of Freda and Ping Pong where objects collide in space and time.

Laure Prouvost takes an intuitive and bodily approach to knowledge, drawing on the everyday and domestic as events merging life and art, and exploiting the slippages of translation and language to confuse fact with fiction. Her experience working as John Latham’s assistant in the early 2000s has provided a rich and playful resource for her work. For this exhibition, she has created a multi-sensory immersive environment that combines synchronised lights and a sound narrative with sculptural objects and video.

Cally Spooner’s diverse practice includes film, audio, hired bodies, drawing, writing, and live events. She presents a constellation of sound, drawing, data and a live body. Her wall drawing wraps around the gallery, bringing together different streams of data – metabolic, professional and economic – extracted from the artist and her environment. Warm Up is a proposal for continuous restlessness and rehearsal – a warm-up for our position as individuals facing an uncertain political future. Warm Up appears daily, unannounced between 12-5pm. Carried by: Alice MacKenzie, Nefeli Skarmea, Alice Tatge, Rosalie Wahlfrid and Margarita Zafrilla Olayo. Spooner has written new texts Early Research Methods 9 – 10 for the exhibition catalogue, John Latham: A World View.

Speak takes its title from a 1962 film by John Latham, in which the artist experiments with pulsating sound and image. A series of screenings, performances, study evenings and symposia at venues across London has been programmed alongside the exhibitions Speak and A World View: John Latham.

Connect to our free WiFi on your smartphone to access a mobile tour of the Speak exhibition featuring background information about the artists and the works on display.
www.serpentinegalleries.org