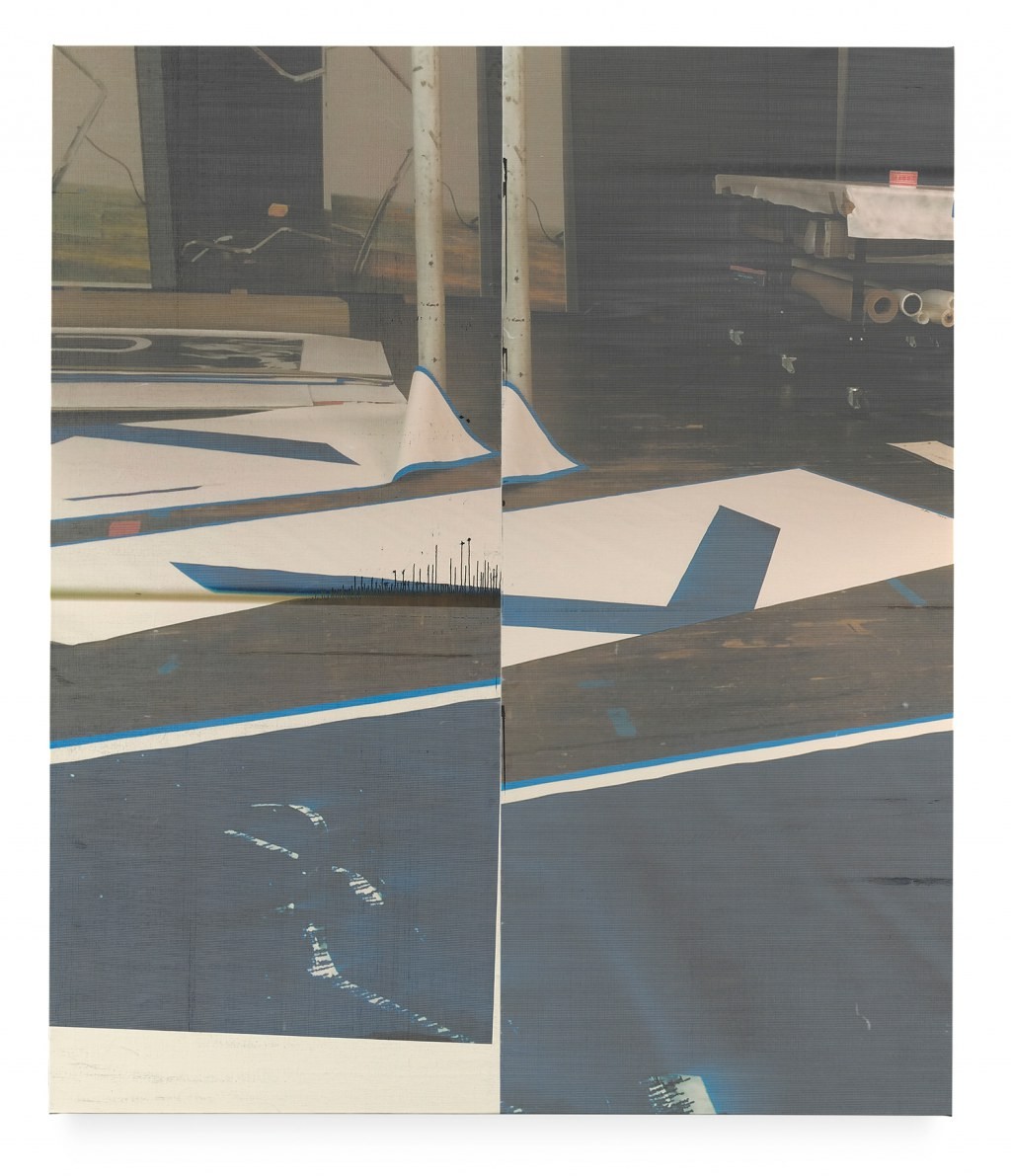 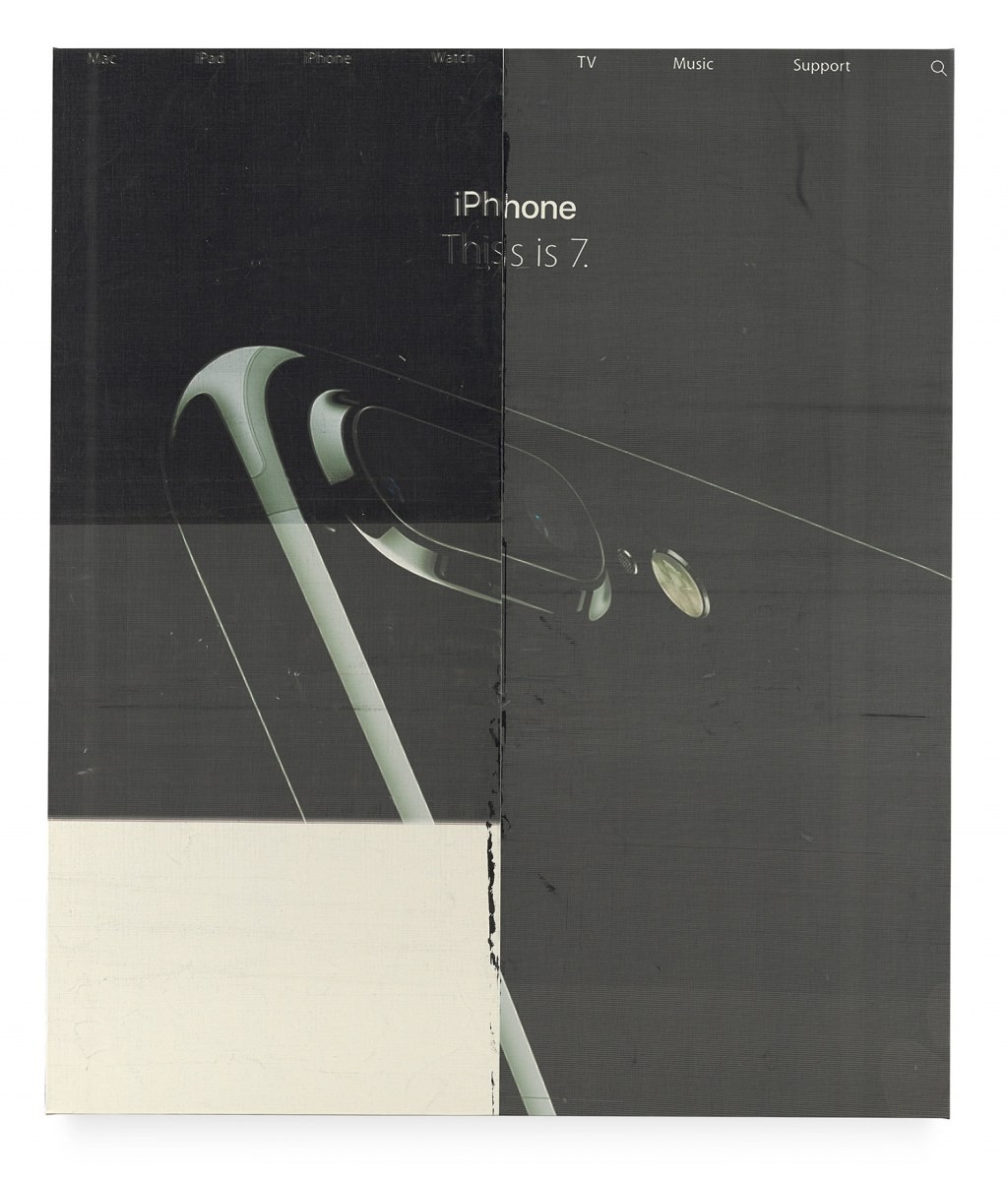 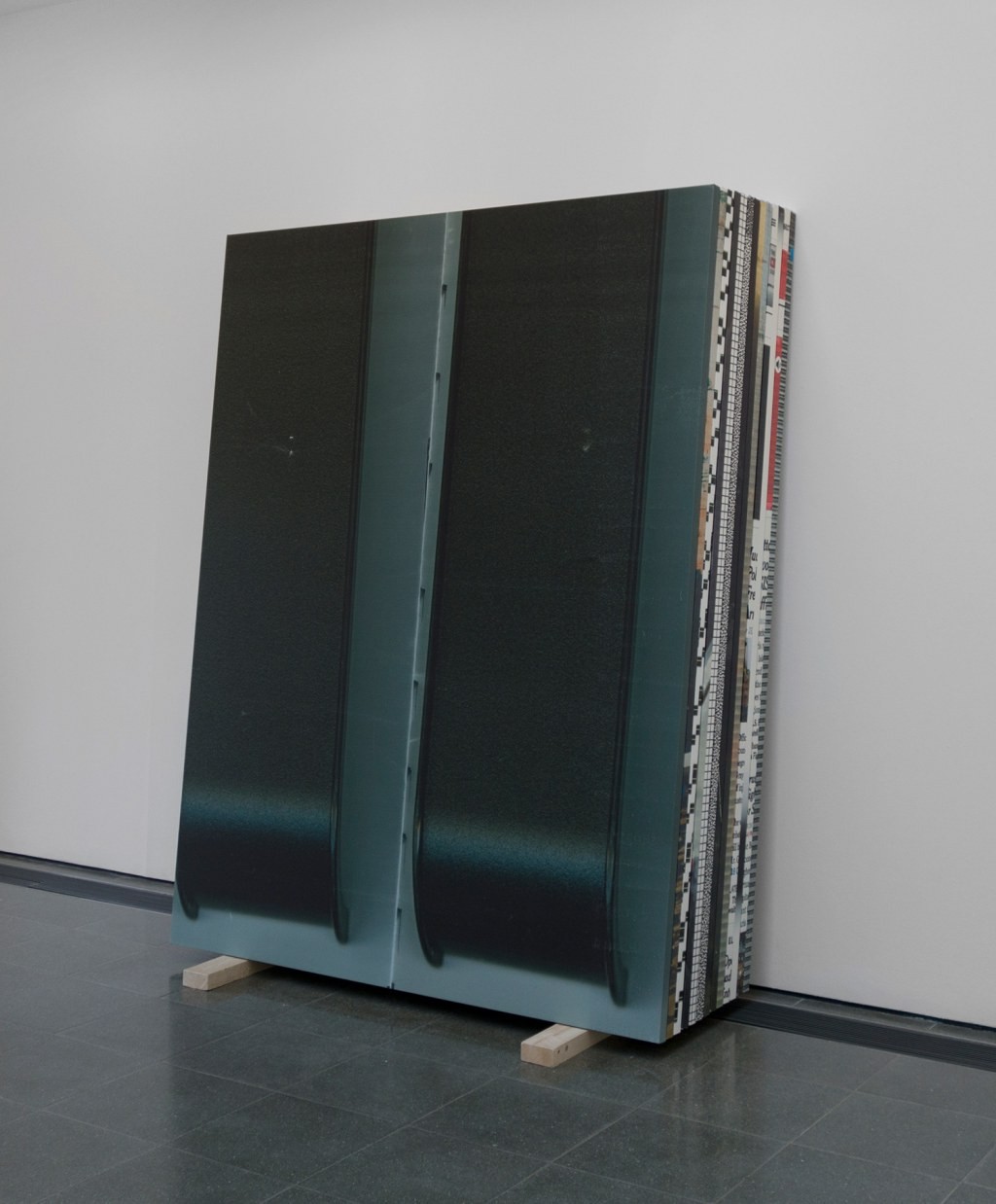 Guyton is interested in the translations that take place between these tools, transforming three-dimensional space into digital information that is subsequently reproduced on surfaces and in space.
This new exhibition at the Serpentine Gallery, entitled Das New Yorker Atelier, Abridged, presents a body of work completed in the past two years. Guyton’s choice of title bears witness to the site of both the first installation of the work, in Germany, and its place of production in downtown Manhattan. It also references Guyton’s encounter with the painting Das Pariser Atelier (1807) by the Swiss artist Hans Jakob Oeri. The studio’s potential, not just as a locus for discussion and production, but as a material in and of itself, is echoed throughout this exhibition.
Guyton’s paintings are printed on to sheets of linen that are folded in half and run, sometimes repeatedly, through large inkjet printers. Inconsistencies surface on the canvas, caused by diminishing levels of ink toner or technical glitches, distorting and disrupting the image, while intentional ‘errors’, such as streaks, creases and misalignments, occur as the fabric feeds – or is pulled – through the machine. Guyton’s works on paper are printed over pages removed from art catalogues, with the artist’s additions obscuring or revealing the original images and text.
Das New Yorker Atelier, Abridged has evolved from an exhibition first shown at Munich’s Museum Brandhorst earlier this year. The works focus on three different kinds of image production: photographs taken of the artist’s studio on his camera phone, screenshots of web pages captured on the artist’s computer, and details of bitmap files. Together these track Guyton’s working environment, affirming the ‘potential to use anything as subject matter’. The Serpentine’s relationship to Guyton stretches back to the 2006 group exhibition, Uncertain States of America, when he exhibited with Kelley Walker.
www.serpentinegalleries.org