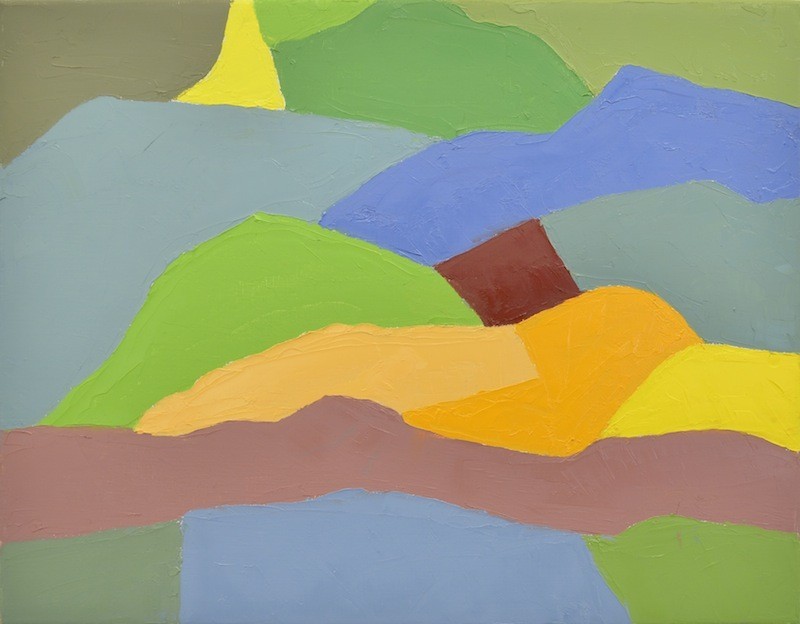 We cordially invite you to the opening reception on Friday 2 November 2012, 7-9 pm in the presence of the artist


HAMBURG – Sfeir-Semler Gallery is happy to announce the opening on Friday 2nd of November, 7-9PM, of the solo show by the Lebanese artist Etel Adnan.

An homage to Etel Adnan at Kampnagel, Hamburg will be held on Saturday November 3 with an interview by Hans Ulrich Obrist and a reading of Etel Adnan's texts

Born in Beirut in 1925, Etel Adnan is widely recognized as one of the foremost authors, poets and playwrights of her generation. Writing across languages and continents, she has long been a singular voice in the cultural discourses of the Middle East, and painting has always been a key component to her artistic work. Standing out as one of the most influential women in the Middle East in the literary and artist fields, she says,

"...I’m writing as a person who comes from painting. By that I mean what you do is make your composition. You trust your colors and your shapes, your gestures. You trust that something beyond that will come through even if you don’t know exactly what. You know that you are not just decorating a surface. You know that you are saying more than what meets the eye. In a way this is what we call a collage, but instead of using bits of paper you abstract shapes or planes of color. This is the way I proceed in poetry. I have the need to say something very precise, but I don’t need to say it in a precise way. And I trust that whatever I want to say will come through. That I don’t need to be sequential. I don’t even need to be clear. I have to be clear in my intentions, not in my words..” (1986, The Non-Worldly World: A Conversation with Etel Adnan. Poetry Flash)

Adnan’s solo show in our Hamburg space will feature on the groundfloor new paintings & Leporellos all from 2012, never exhibited before. On the 1st floor we will show a choice of elder works from the 60s to 2010, several of which were exhibited earlier this year at Documenta 13.

Etel Adnan works between Paris and Beirut. Born to a Turkish Muslim father in the Ottoman army and a Greek Orthodox mother, Adnan was caught between a conference of nationalities, religions, and languages. She spoke Turkish with her father, Greek with her mother, French at school, and Arabic in the streets of Beirut, immersing herself in each language and culture, yet separated from it as well. She left Beirut to Paris in 1949 to pursue her PhD in philosophy from the Sorbonne, which introduced her to a vast intellectual world of post-war France. In 1955, she moved to the United States to continue her studies at the University of California in Berkley and Harvard University. It is in California, where she lived until the 90s, that she starts experimenting with painting. During this time, Lebanon and the region experienced civil wars and political upheaval, described in Adnan’s seminal book on the Lebanese civil war, Sitt Marie Rose. Her books of poetry, fiction, and plays are translated into more than 10 languages. In 2010, Sfeir-Semler Beirut organized the first retrospective exhibition for Etel Adnan’s paintings, drawings, and leporellos. In 2011, Adnan published The Cost for Love We Are Not Willing to Pay, a notebook for Documenta 13’s series of 100 Notes/ 100 Thoughts. In 2012, Etel Adnan’s paintings and tapestries where displayed in Documenta 13 in Kassel, Germany, curated by Carolyn Christov-Bakargiev. Most recently, a monographic book has been published during the occasion of the Documenta opening, which includes essays by Carolyn Christov-Bakagiev, Hans Ulrich Obrist, and Simone Fattal.

An homage to Etel Adnan at Kampnagel, Hamburg will be held on Saturday November 3, 2012 featuring an interview with the artist by Hans Ulrich Obrist and a reading of Etel Adnan's texts.
www.sfeir-semler.com