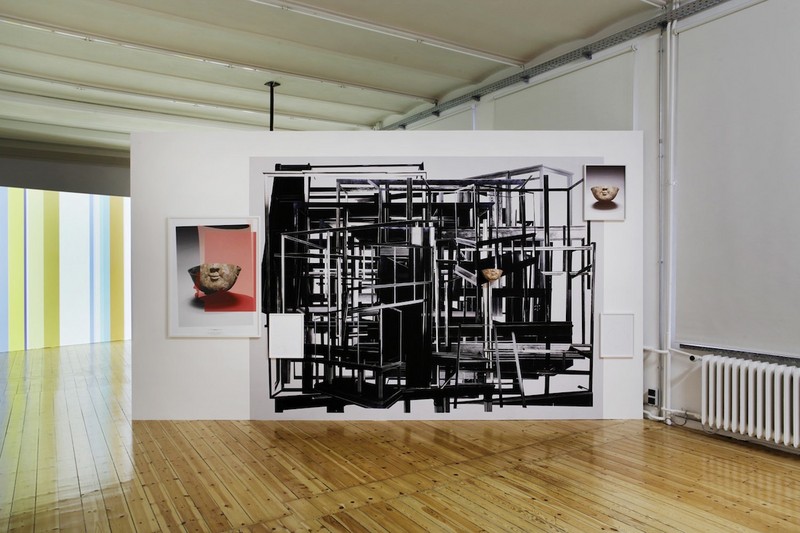 Sfeir-Semler Gallery is proud to announce its new show Postface by WALID RAAD.
The exhibition showcases works from Raad’s long-term projects: The Atlas Group (1989-2004) and Scratching on things I could disavow.

In 2007, Walid Raad initiated an art project on Islamic, modern, and contemporary art in the Arab world titled Scratching on things I could disavow. The artist began this project at the same time as the building of new infrastructures for the arts was accelerating in Arab cities. These developments, when viewed alongside the political, economic, social and military conflicts that consumed the Arab world in the past few decades, shape a rich yet thorny ground for creative work. In Postface, Raad presents works that relate to his ongoing engagement with “Islamic Art,“ and more specifically with works that emerge out of his two year exploration of the Louvre’s newly established Département des Arts de l’Islam, its archives and new exhibition spaces in Paris. This encounter with “Islamic arts” in the Louvre in Paris was also animated by the emergence of a new Louvre in Abu Dhabi.

The Atlas Group (1989-2004) was a project undertaken by Walid Raad to research and document the contemporary history of Lebanon, with particular emphasis on the Lebanese wars of 1975 to 1990. Raad found and produced audio, visual and literary documents that shed light on this history. In Postface, Raad presents two series from this project: "Hostage: The Bachar Polaroids" which deals with the captivity of Westerners in Lebanon in the 1980s, and "We are fair people. We never speak well of one another", which focuses on the assassinations of various Lebanese political figures in the past thirty years.
www.sfeir-semler.com