The View from Here 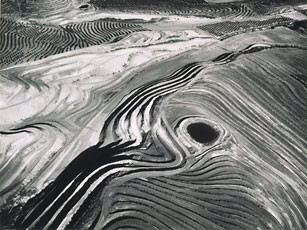 Just as photography has been instrumental in shaping California's popular image, the state — and San Francisco, in particular — has played a key role in the history of photography as an art form. Reflecting this unusually symbiotic relationship, SFMOMA was one of the first museums in the country to treat photography as an equal to painting and sculpture. In celebration of the museum's 75 years of engagement with the medium, this exhibition explores the variety and vitality of California's photographic tradition from the 1840s to the present. Drawn from the SFMOMA collection, it includes Gold Rush-era daguerreotypes and early panoramas of San Francisco, pictures by members of the influential Group f.64, street and documentary photographs, conceptual work from the 1970s, and contemporary photographs. Artists include Ansel Adams, Lewis Baltz, Dorothea Lange, Ed Ruscha, Larry Sultan, Carleton Watkins, Carrie Mae Weems, and many others.
www.sfmoma.org