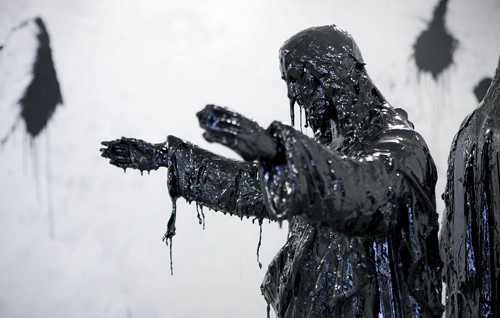 MAMA will be ending 2010 with a presentation of three large-scale installations by three international artists of three different generations. Works by Marc Bijl, Veniamin Kazachenko and Jeffrey Vallance will be brought together under the title 2208 (Or How I Missed the End of the World). The exhibition will be accompanied by a publication.

With 2208 (Or How I Missed the End of the World), MAMA will be adding a new chapter to the Apocalypse, one of the most widely-discussed and frequently depicted phenomena in visual art and popular culture. For a long time, we were under the impression that 2012 would be the year of our total annihilation. At the end of last year, this date was corrected by the German geoscientist Andreas Fuls to read 2208. But he too was off the mark, and several weeks later, 2208 was changed to 2220. 2208, in other words, is a year of tremendous confusion and the umpteenth misguided Doomsday warning.

One thing's for sure: the ‘new' End of Days lies so far in the future that none of us will be around to witness it. For the time being, three artists will treat us to a taste of the inevitable.

In their contributions, the artists provide a commentary on humanity's need for Doomsdays, numerological mysticism and apocalyptic visions. Besides depicting the End of the World, the works also focus on the future of humanity - in an underworld or a new world - and of the world as we know it. Think a cruel end followed by a cheerful future or, conversely, a brilliant end followed by an ink black afterlife. A new start after the inevitable End of Days. A chicken and an egg, for example.
www.thisismama.nl