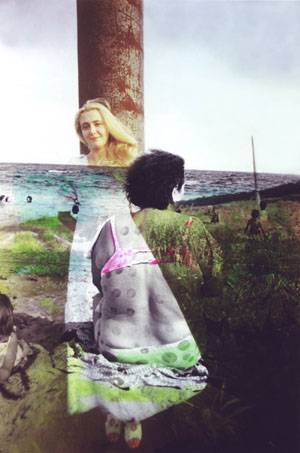 SHUGOARTS is proudly present you a solo show by Boris Mikhailov, Yesterday's Sandwich. In 1938, Mikhailov was born in Kharkov, which was a large industrial city of Ukraine in the former Soviet Union. While he was 28 years old and working as an electrician at a railroad company, he started photography. His art works gradually attracted attention from 1990’s, and were frequently exhibited in various shows in the West, including MoMA in NY. His photo series, Case History, which he photographed the town and people of Ukraine after the collapse of the Soviet Union, was highly appreciated especially. In 2000, he received the Hasselblad Foundation International Award in Photography, which is the most treasured prize for photographers, as well as the Citibank Private Bank Photography Prize, London in 2001. His first visit to Japan was in 1998. He had a two-men show with Nobuyoshi Araki, Love in Winter, at Satani Gallery, Crosscurrents - New Art from MoMA, New York, at Hara Museum in 1999, a solo show, Salt Lake, at SHUGOARTS in 2003, and participated in a group show, Berlin – Tokyo, at Mori Art Museum.
Mikhailov gazes at the subjects with a realistic and calm distance as well as a warm humorous closeness simultaneously. Given the suppressed background from the socialist system at the time when he started photography, it is understandable such contradiction exists in his photos. He lost his job from shooting nude photos that was regarded as taboo. His aesthetic sense that comes from flexible yet pressure-resistant spirit and his attitude gazing at the truth are highly regarded firstly in Europe, and then expanded to Worldwide.
Photos we are going to exhibit at this Yesterday's Sandwich are developed from overlapped slides. There are two elements existing in these photos simultaneously: something that derived from the artist’s intention and total contingency. These seemingly surrealistic photos give us impression as if we are confronting paintings. These photo works were created in late 60’s and 70’s. In the background, we feel the notion of withdrawal from aesthetics of socialistic society realism and moving toward the new "way of confronting the world". This is why viewers get the sense of freedom from these art works. This series has been recently compiled as a photo book and published from Phaidon Press. ("Yesterday's Sandwich", Photographs and text by Boris Mikhailov, Price: 7,875 yen (tax-included).