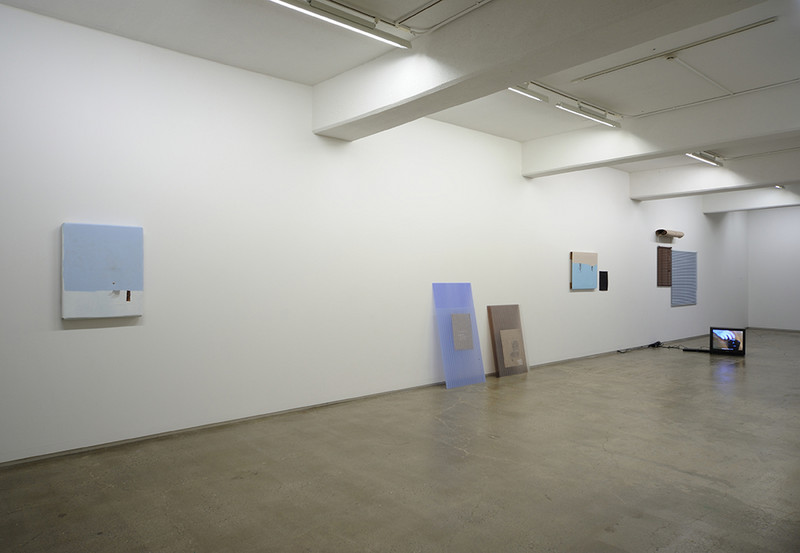 (—) he is a painter not because he paints well, nor because he does exhibitions well, but because his practice makes people feel the existence of his exhibitions or his paintings. To me, this is the same as breathing. Even if a person isn’t there, you can feel his breath: That’s true existence. (—)

Lee Kit from the conversation with Yung Ma, “Truly Existing”, an exhibition catalogue of ‘You (you).’ – Lee Kit, Hong Kong, 55th International Art Exhibition, La Biennale di Venezia, pp140.
[The texts were reprinted and translated with generous permission from the authors and M+, West Kowloon Cultural District. Further reproduction or distribution in any form is not permitted.]

ShugoArts is pleased to announce a solo show of Lee Kit from January 11th, 2014.
Born in Hong Kong in 1978, he’s shifted his base in Taipei and has been extensively exhibiting his works with full of originality in Asia, Europe and the U.S.
Representing Hong Kong in Venice Biennale of 2013, he presented an impressive installation which was designed to harmonize with an interior and a courtyard of Hong Kong Pavilion, which was reported as one of the must-see best five works at Venice Biennale in Wall Street Journal.

His works are grounded on Asian Civilization and Hong Kong culture, subtly diverting from modern and contemporary artistic context of the West. He sets out his artistic adventure by using clothes on which he painted as a table cloth, a curtain and bedclothes in an unruly fashion.

In his recent activities, Lee Kit takes the environment into his works with his unique vision of the space such as the one shown at Venice Biennale. He extends his expression from the painted cloths to the installation as if he blurs and vanishes the existing boundaries lie down in the space with using the painted cloths as well as the daily objects collected by him and brought into the space, which might slowly well be transformed as his territory.

This is going to be the second solo show in Japan in three years.