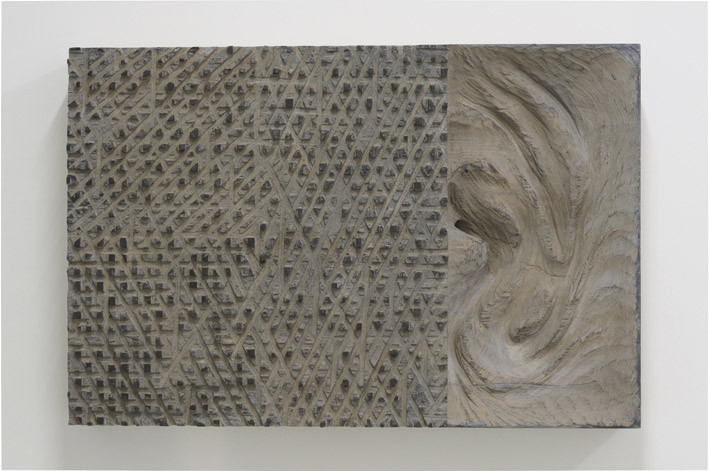 Chen Chieh-jen is a Taiwanese artist who was born in 1960. His family was a part of the second generation of Chinese who moved to Taiwan with the Chinese Nationalist Party government in 1949. He makes works that present fictions but also explore ideas of identity and reality. Empire’s Borders II is a video work set in a building that once housed Western Enterprises, a front company for the CIA. Taken from the perspective of a person who is probably the father of the artist, it reconstructs the kinds of personal memories that don’t exist in official records but live on in individuals. This exhibition includes six photographs based on this work. In autumn ShugoArts will host a solo exhibition for Chen featuring a new video work.

Yukio Fujimoto was born in 1950 and has created many works that make us rethink the breadth of our own perceptual facilities. After being selected for the Japan pavilion at the 2001 Venice Biennale, Fujimoto was invited back for the biennale’s international exhibition in 2007. Every year for ten years between 1997 and 2006, he curated and produced his own one-day exhibition, “Audio Picnic at the Museum.” The exhibitions proposed a new type of expressive activity not only to the viewers but to museum operators, too, and they attracted considerable attention. At his solo exhibition at ShugoArts last year, “We now hear sound with our eyes and see pictures with our ears,” Fujimoto presented a work that transcended categorization into visual or aural information and proposed a more flexible use of the eyes and ears. At G-Tokyo, which will be held in Roppongi Hills on February 25 and 26, he will present new work in a solo-show format.

Kazuna Taguchi was born in 1979. Her complex practice involves creating collages of faces from photos of facial parts found in magazines and other sources, then making paintings based on those collages and finally photographing the paintings. Recently she has added one more step, making additions to the printed photos by hand. While the works themselves present what appears to be a compelling image of a real person, they in fact depict only parts of any one subject. Thus the works force us to question what we generally assume, which is that what we see with our eyes is real and not fiction. Taguchi will also participate in “pandemonium” at XYZ collective in Tsurumaki, Setagaya Ward, from February 11 through March 3.

Shigeo Toya was born in 1947 and is well known for his chainsaw-carved, complexly grooved wooden sculptures. In recent years he has made a series of works on the theme of “minimal baroque” – a term he coined himself – that is focused on delicate relationships between the works’ interior and exterior. In this exhibition he shows his new work, Magic Symbol, which has elements of both relief and sculpture, and his 2010 piece, Cave. The latter possesses both an element that appeals to the sense of sight in the gashes left by the chainsaw and it is also in the shape of an ear, as though suggesting we can hear the sound of the saw. It’s as though through looking we can hear the voice, and thus the assimilation of sight and sound is achieved. Relief and sculpture and a duality of sound and sight: these are the areas where Toya sees potential for creative expression. From May 23 through July 30 he will participate in the First Kyiv International Biennial of Contemporary Art.

From the Japanese debut of Chen’s photographic works Empire’s Borders II and a new work by Yukio Fujimoto to Kazuna Taguchi’s first new work since her return from her time living in Europe and Shigeo Toya’s new works, we encourage you to come and enjoy the many highlights of this new group show.
www.shugoarts.com