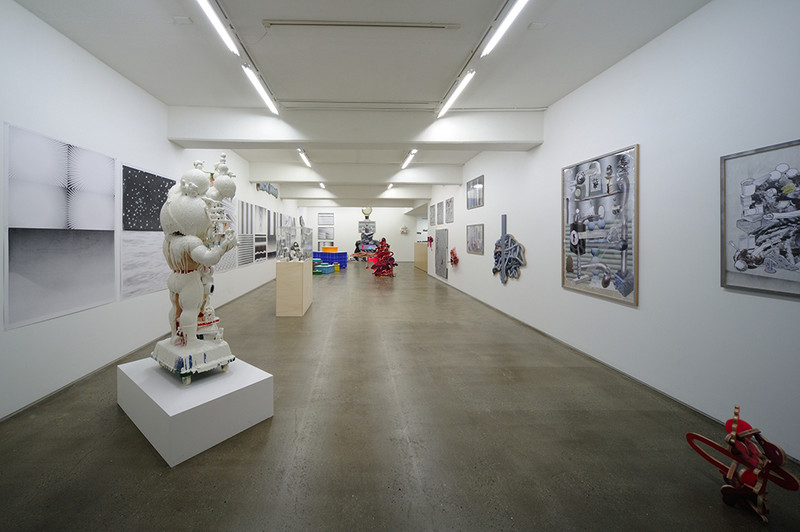 I feel there is a need to renew the lines between fiction and nonfiction, normal and abnormal. Or recognize their meaninglessness. As always, my interest lies in incomprehensibility, vagueness – and my work and creating are attempts to capture those things. The new spaces that result from that work are where we can start that process of renewal. I don’t want to hide them or shift them.
Teppei KANEUJI

ShugoArts is pleased to present a new solo exhibition by Teppei KANEUJI, “DEEP FRIED GHOST / HARD BOILED DAYDREAM”.
The exhibition title has its origins in the “deep-fried ghost” of the manga GeGeGe no Kitaro – the idea of trying to capture something immaterial in a form of cooking – and also in the “hard-boiled” genre of novel.
During residencies at Beijing and Singapore last year and the year before, KANEUJI reports having thought about the connections between the overarching process by which urban environments are formed and the daily events that take place within them, between the circumstances giving birth to a new movement in art and the individual artist’s creative activities. He also says that by devoting himself to the study of print techniques at the Singapore Tyler Print Institute, he became more conscious of the connection between image and matter, and also renewed his thoughts on collage, in particular.
Focusing primarily on the “Gray Puddle” series of two-dimensional works he has been producing since last year, this exhibition includes paintings and sculptures that utilize the motifs of personally held or shared fantasies, or immaterial phenomena (for example, the “blood” seen in yakuza movies, images of objects cut from manga, screen-tones used in manga to convey atmosphere, light, shade, sound or speed), but that also have a sense of space – shape or weight or rawness.
In September this year, KANEUJI will hold a solo show at STPI in Singapore featuring more than 80 works he made during his residence there last year.