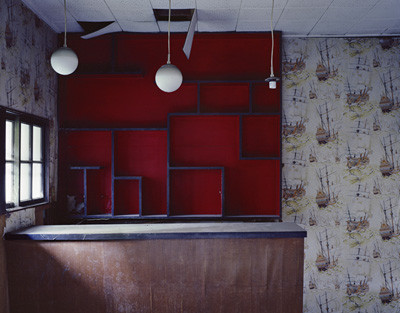 ShugoArts is pleased to present a new exhibition of work by Tomoko Yoneda. Yoneda is well known for creating artworks that explore the invisible history and memories that linger in places and objects. This exhibition includes work that was exhibited in 2010 at the Kuandu Biennale, ”Memories and Beyond,” and consists of photographs taken at Japanese-style houses built in Taipei during the period of Japanese occupation (1895-1945) – in particular, the house of General Wang Shu-Ming, who was chief of staff under Chiang Kai-shek; the house of the daughter of Japanese wartime-era politician Kantaro Suzuki; and a Japanese house at the Beitou Hot Springs, which were known then as the “Hakone of Taiwan.” These residences have survived through the ages, some of them being abandoned and falling into disrepair, others becoming homes of families newly arrived. While residing in Taiwan, Yoneda conducted close research into the history of Taipei and the memories that exist in these old houses. The photographs she took have been printed anew for this exhibition and this is the first time they are being shown in Japan.