A House of Several Stories 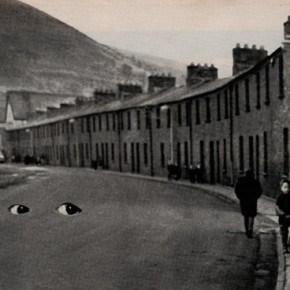 We now know this:

During the 19th century, a city court judge and editor named Nils Herman Quiding (1808-1886) lived in a two-story house on Östergatan in Malmö. Quiding was, in many ways, a contradictory and ambiguous man – officially deeply rooted in the bourgeois sphere, unofficially occupied by imagining a different kind of society under the pseudonym Nils Nilsson Workman. He believed that only through the study of history and learning from previous mistakes could society be reconstructed. His goal was, among other things, to establish a small-scale, egalitarian society that opposed the centralized nation state and questioned the conventions of both marriage and social hierarchies. While Quiding’s ideas were radical and provocative, he formulated them as legal paragraphs formally impeccable.

A House of Several Stories accommodates the inherent complexities of being human and how we relate to the constructed frameworks and different opinions that seek to objectively summarize the world we live in and how we should act in it – in relation to each other. Beyond the current claims on what is right and what is wrong, is there at all space for ambiguous narratives that will shake the ground we stand on?

As a newspaper editor in Malmö, Quiding’s work was characterized by a strong belief in public discussion. It is the public discourse that forces regimes to reform and the importance of this fact cannot be stopped by those with power and privilege. Therefore, said Quiding, the editor’s role is extremely important and should not be reduced to that of a “minister of mirth” attracting readers with anecdotes. Publicity is the sun of the immaterial world, he continues, and expanding the scope of public discourse must therefore include everything that can be the object of human knowledge. The task is as clear as daylight: to illuminate the dark areas of society through the access to public discussion.