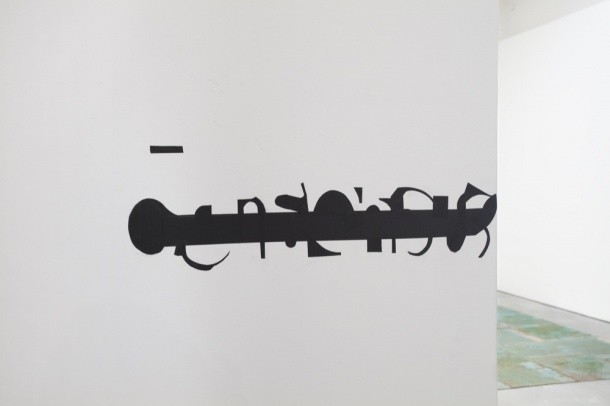 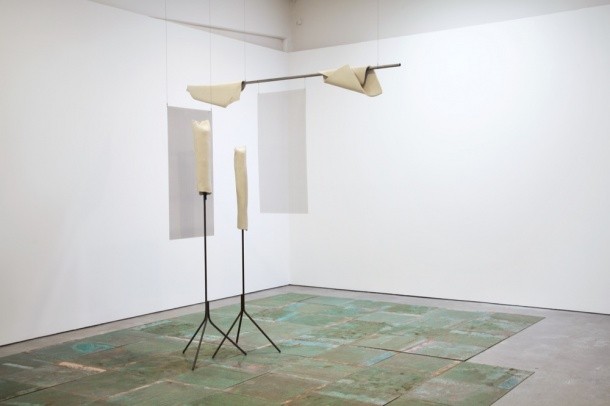 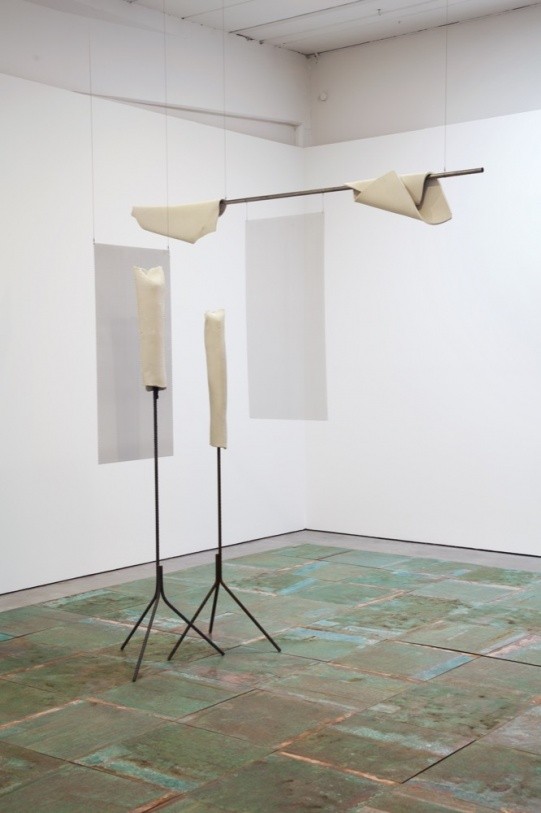 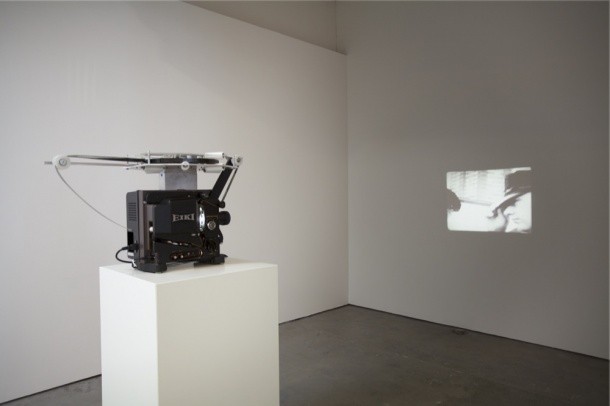 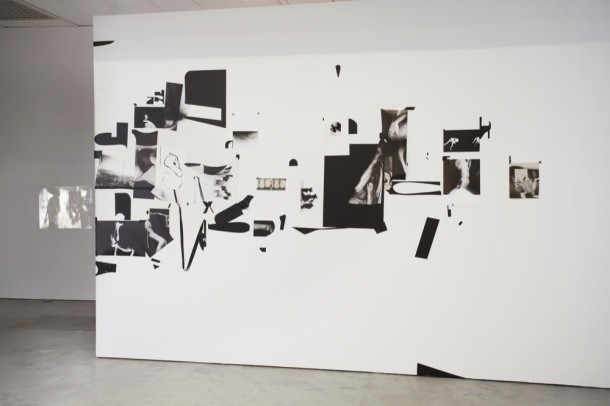 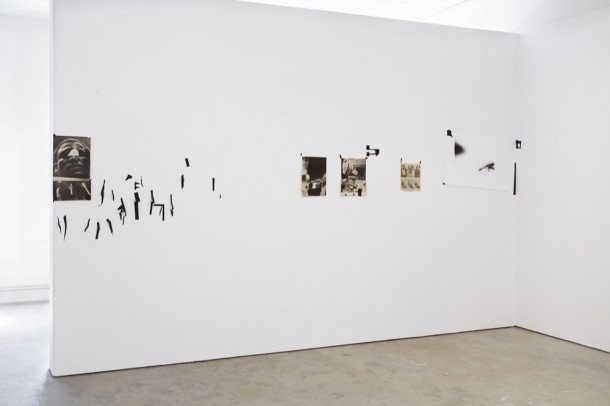 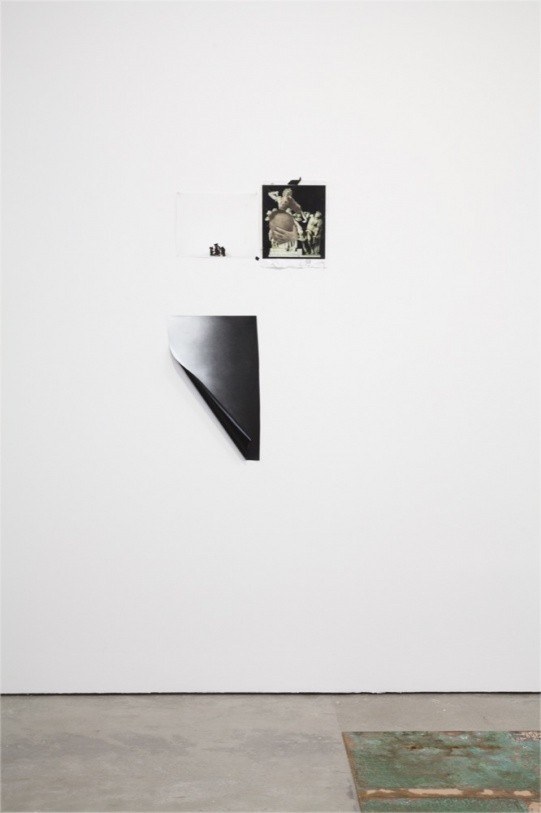 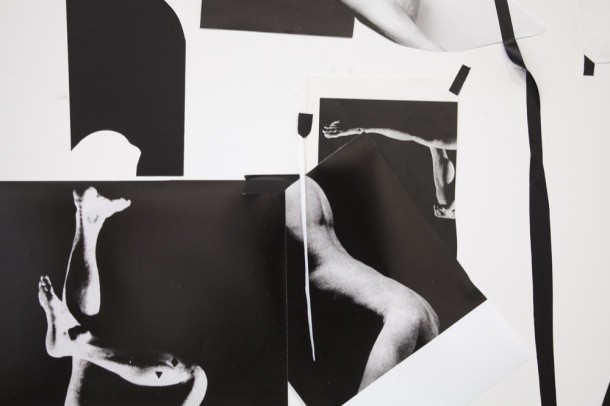 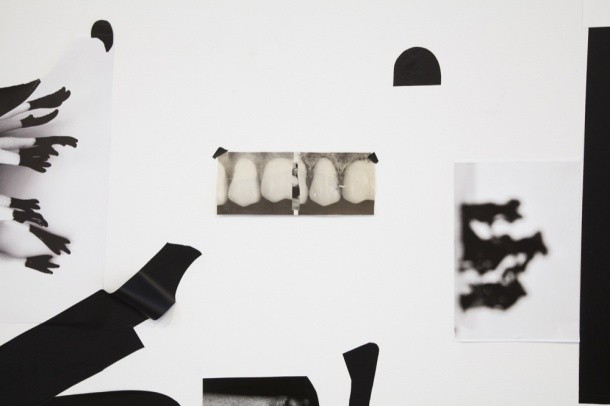 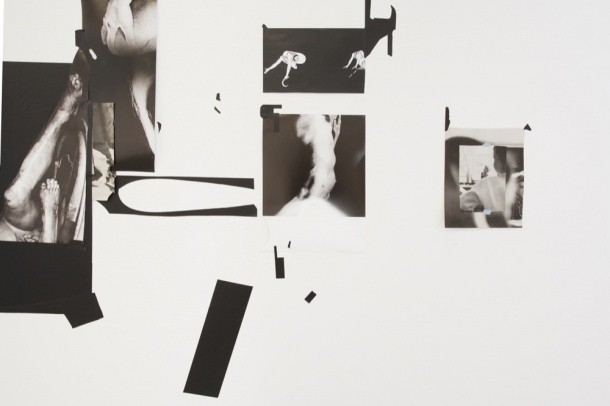 1.A
A multitude of voices, a plurality of bodies.
An assemblage of exchanged goods surpasses the literal economy of the marketplace in favor of a stuttering and stumbling mode of communication; the traces of actions and transactions. Sweeping and erratic bodily movements capture their surroundings on film. Image and sound compose an ode to the margin; the outskirts of our sight. Insufficient (political) speech is caught between bodies and language; medusa’s gaze is petrifying, turns everything into stone.
Consensus struck through is a dense layering of voices. Like verlan, it is language that adapts and defies at the same time. It articulates dissonance, not consonance, and keeps matters as composite as they really are.

1.B
held between two words, something given and something refused. disavowing what is normally avowed – spurning what is offered and claiming what is not. traces are fugitive, fleeing capture and improvising forms of shelter: safe havens for what escapes. traces, too, can be excessive, commoning in sense to the rhythms of a great disorder. in twin orbits, broken windows intersect with mutual aid. images are shot on phones. listen: “it’s a life thing.” shit is upside down.

1.C
It feels – literally – like I’m being pushed around – into the corners and up against the walls of the room. I’m bouncing! I try to find a protected position, to get an overview – an objective perspective, a comfortable place to start from. But all attempts fail. My eyes wander. I desperately try and read the elements that surround me – that confront me! I fail because of my bad position. I’m left here on my own. In my body, surrounded by objects, signs, sounds and moving images – urging me to make sense, pushing me from all directions – I feel dizzy. I lose my balance and almost step on one of the copper plates on the floor. I stumble and make a guttural sound. And then I become silent. Still. I take a deep breath and begin to focus on my feet against the floor, on my footsteps, on my breathing. I slow down and let my whole body relate to the space and everything that surrounds me. I use all my senses. I relax and slowly begin to perceive everything from a new horizon.

1.D
Bodies are flashing by. They appear as jarring moments in a street, as rifts in a collage, as figures in a room that is also a stage. They are swarming, like intersecting layers of the same reality.
The body is its own, yet never alone. It is jostling and merging with everything that surrounds it: the other, objects and structures, both visible and invisible. The bodies share an elusiveness, but also a realness, as if volatility were at their core. What we are left with are traces of that which is constantly taking place but in the end always escapes us.
www.signalsignal.org