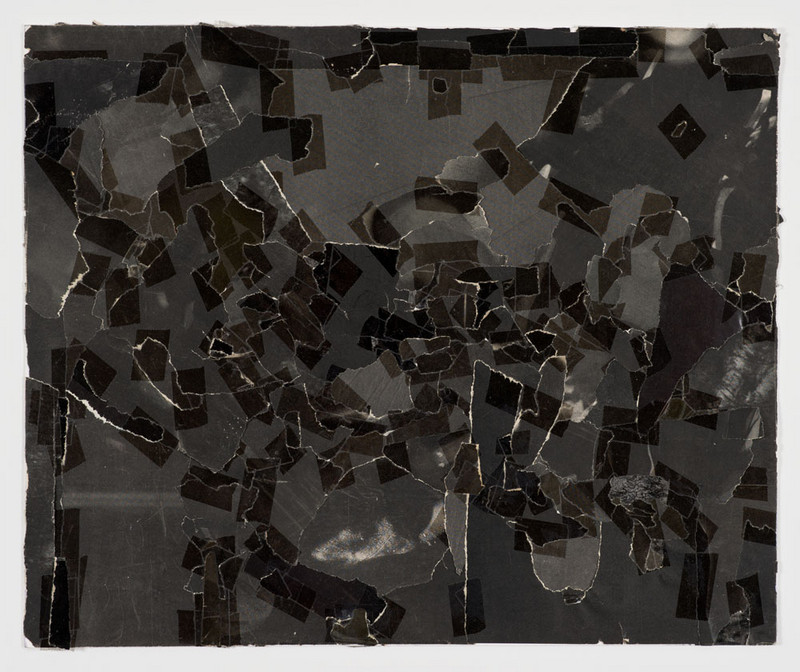 The cut on her face
Portal of our race
Spurned majesty sighs
For that cut!

Sikkema Jenkins & Co. is pleased to present The Cut, a solo exhibition of work by Antony on view from May 31st through July 12th, 2013.

Antony has created a body of work including drawing, collage, and sculpture alongside his critically acclaimed musical career as both a singer and composer. Both his music and visual art are marked by intuitive and accumulative practices that reflect a shared visual and psychological vocabulary. The initial inspiration that provided the framework for the exhibition was a poem written by the artist entitled The Cut, which describes the source of creation as a slit in the sky. The marks that the artist makes on the surface of his artwork can at once be understood as scars as well as applications that have the ability to heal the surface of the paper, fabric, or canvas. A delicate line can be juxtaposed with a harsh application of paint or a torn edge. Many of the works are intimate in scale and ephemeral in their materiality, but they are monumental in the emotional depth that they convey. Like Joseph Beuys, Antony's work originates in personal experience yet it also addresses universal artistic or social ideas and poetically suggests the healing potential of art.

Born in Chichester, West Sussex, England in 1971, Antony currently lives and works in New York. Since 2000, he has released four studio albums with his band Antony and the Johnsons. A special edition of the band’s 2010 album Swanlights was accompanied by a book published by Abrams Image featuring drawings and collages by Antony as well as photographs by Don Felix Cervantes in collaboration with Antony. Solo exhibitions of his artwork have been presented at Isis Gallery, London in 2009 and The Armand Hammer Museum of Art, Los Angeles in 2012. His work was included in It’s not only Rock’n’Roll, Baby! presented at BOZAR, Brussels in 2008 and at the Triennale Bovisa, Milan in 2010. In 2009 he curated the group show 6 Eyes at galerie du jour agnès b., Paris. Antony’s performance projects include Miracle Now (1996); TURNING (2004/2006), in collaboration with Charles Atlas; and The Crying Light (2009). Antony was musical director of The Life and Death of Marina Abramović (2011) in collaboration with Abramović and Robert Wilson. Commissioned by the Museum of Modern Art, New York, his performance Swanlights debuted at Radio City Music Hall in 2012.
www.sikkemajenkinsco.com