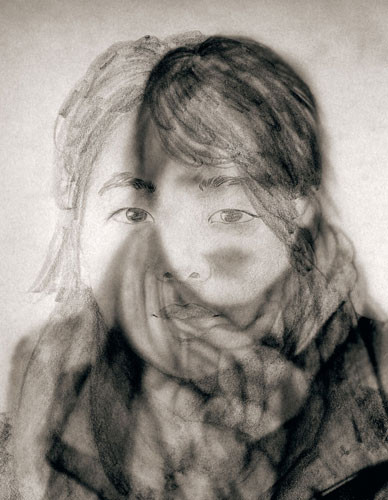 Sikkema Jenkins & Co. is pleased to announce an exhibition of new works by Nikki S. Lee on view from November 19th thru January 10th. The exhibition, entitled Layers, will be Lee's first show with the gallery.
Nikki S. Lee investigates notions of identity through the medium of photography and film. For her Projects (1997 – 2001) series, the artist posed in snapshot pictures with various ethnic and social groups, adapting her own identity to the group she was with. She again took on the rolls of different characters in the Parts (2002 – 2005) series. For these works she posed with different male partners in various planed scenarios. After the photograph is produced Lee cuts away the portion showing her male companion, adding to the open-ended narrative suggested in each work.
For her latest series, Layers, Lee continues her exploration of identity. Instead of changing character, she investigates her personal identity through the perception of others in different cultural settings.
I am interested in identity as it is affected or changed through social contexts, cultural categories or personal relationships. This interest began through personal experience. I realized that I changed between my surroundings in New York and Seoul, depending on whether I was with my family or friends. So before I was thinking about "who I am" I first started thinking about "where I am".
Lee traveled to different cities around the world, from Bangkok to Madrid, and in each city asked three separate street artists to draw her portrait on translucent paper she provided. Back at her studio she layered the drawings from each separate city one on top of the other, using a light box to bring out details from the underlying drawings, and then photographed the image. Due to the layering of the drawings, the resulting image is a distorted portrait of the artist that raises questions of perception.
I recognize the difference between the "I" that I perceive and the "I" that others perceive. I think I am shy but others think I am outgoing. So who am I? How do I understand this gap? To understand others sincerely might mean to understand this gap?
Nikki S. Lee has exhibited at major institutions throughout the United States and abroad, including solo exhibitions at GAK, Bremen, Germany; the Kemper Museum of Contemporary Art, Kansas City; The Cleveland Museum of Art; The Institute of Contemporary Art, Boston; Yerba Buena Center for the Arts, San Francisco; and Museum of Contemporary Photography, Chicago. Her works are in the collections of major museums, including the Metropolitan Museum of Art, New York; the Museum of Contemporary Art, Los Angeles; the Solomon R. Guggenheim Museum, New York; the Los Angeles County Museum of Art; The Hammer Museum at UCLA, Los Angeles; the Hirshhorn Museum & Sculpture Garden, Washington, D.C.; and the San Francisco Museum of Modern Art.
Lee was born in South Korea. She earned a B.F.A. from the Chung-Ang University in South Korea in 1993 and a M.A. in photography at New York University in 1998.
Concurrent with Lee's exhibition, new works by Josephine Halvorson are being shown in our west gallery. Depicting singular objects and painted perceptually, the artist views each work as a record of decisions and a material testament to experience. For Halvorson, the space between looking and painting reveals intrinsic histories and creates new ones. Though there is no pictorial project, she is drawn to frames, machines and fragments – forms that depend on the human hand. Though individuated, Halvorson's paintings, when grouped together, suggest words in a sentence.
Josephine Halvorson recently returned to New York City from a yearlong residency at the Fondation des États-Unis, Cité Universitaire in Paris. She earned a BFA from The Cooper Union, a MFA from Columbia University and was the recipient of a Fulbright Fellowship to Vienna in 2003-04.
www.sikkemajenkinsco.com