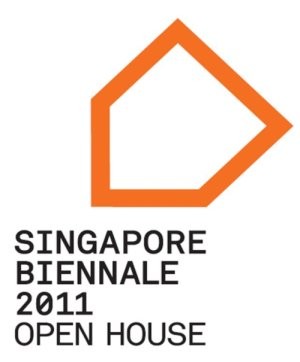 In Singapore, at Hari Raya, Deepavali and Chinese New Year, people open their homes to others, inviting them to visit, eat and talk. This is not only a gesture of hospitality and good will but also an opportunity to reflect, negotiate and exchange. The threshold between the private and the public is made permeable, if only for a moment, relaxing boundaries between individuals and barriers between groups.

Contemporary art often emerges out of a need to communicate across such thresholds of difference that may be experiential, psychological, or grounded in social and political hierarchies. As such, artists' practices are not simply about something in the world, they are real attempts to exchange information, translate experiences and even trade places. Borders may be guarded with force, yet artists find ways to embed themselves within such systems of control, turning unspoken desires toward unexpected ends. Sometimes artists displace or exchange objects, materials and information from one context to another, revealing unexpected connections between culturally divergent situations. The labour of constructing or deconstructing common objects and materials highlight the creative potential in seemingly mundane situations, suggesting fresh ways of seeing the world.

'Open House' examines these artistic processes and their links to the daily transactions that take place between people. From trading objects to swapping stories, from sharing food to dressing up, we are constantly making exchanges, as individuals, groups, cities and nations. In the world's busiest port, a multicultural city built on trade, 'Open House' brings together artworks that offer multiple perspectives and myriad creative approaches to questions of how we move across borders, see other points of view, and form connections with others.