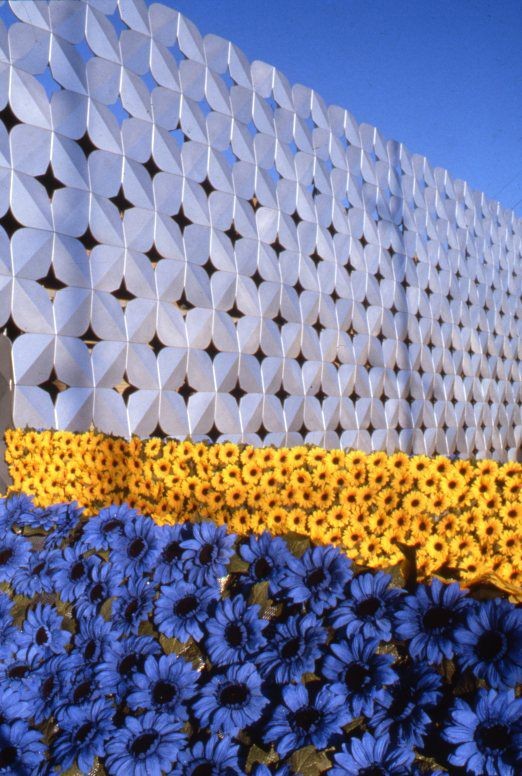 In selecting Dave Hickey to curate its fourth biennial, SITE made a bold and canny choice because Hickey had vociferously criticized both the concept and execution of biennials as “trade shows for curators in search of internationally certified installations to fill out their exhibition schedules.” While the earlier curators all scoured the globe in search of artists to weave installations around a loose theme, Hickey opted for the pragmatic, the democratic, and the historical in Beau Monde: Toward a Redeemed Cosmopolitanism. Instead of trying to make an ideological point, he organized “an exhibition that I want to see,” whose fundamental criterion was simply “Does the space look better and more interesting with or without it?” Hickey selected 27 international artists, including Jo Baer, Ed Ruscha, Jesús Rafael Soto, and Jessica Stockholder, who wove diverse cultural milieux into a “beau monde”.