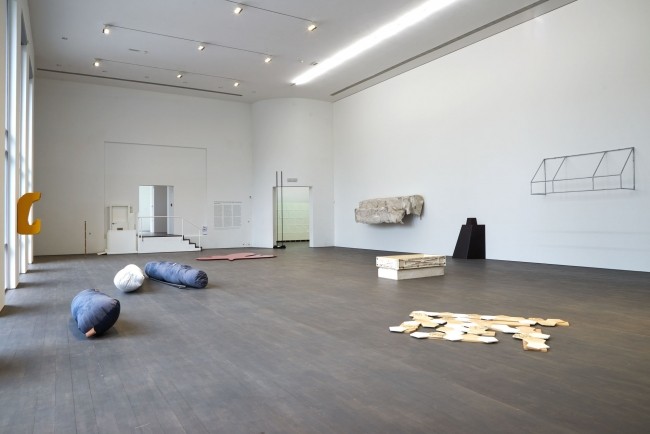 Artists have been reflecting for almost 150 years on how sculptures relate to the floor and also, more specifically, the plinth. Auguste Rodin (1840-1917), for example, was one of the first sculptors to consider the vertical or horizontal surface on which he created his figures to be an inherent part of them. He therefore presented his sculptures on the floor, without a plinth. What Constantin Brancusi (1876-1957) had in mind was to fuse his works and their support or plinth into one. Later, Carl Andre (1934) almost completely eliminated the distinction between the sculpture and the floor, a choice which he said was influenced by Brancusi. Even more recently, the conceptual work of Didier Vermeiren (1951) made the sculpture, floor, plinth and even the mould mutually interchangeable. Sculpture was equated with the ideas sculptors developed about the medium.

The tension between sculptures and the surfaces on or against which they are shown is the starting point for this presentation of works from the collection. They were selected for their more two-dimensional nature and they enter into particular relationships with the walls and floors of the exhibition rooms. The group of sculptures unfolds in relation to these horizontal and vertical surfaces as if it were a single entity. In this way, the distinction between floors and walls seems to become blurred. The exhibition raises questions and reflections on sculpture in general and the relative nature of its spatiality in particular. In addition, it reflects on the boundaries of the three-dimensional space where it is shown.