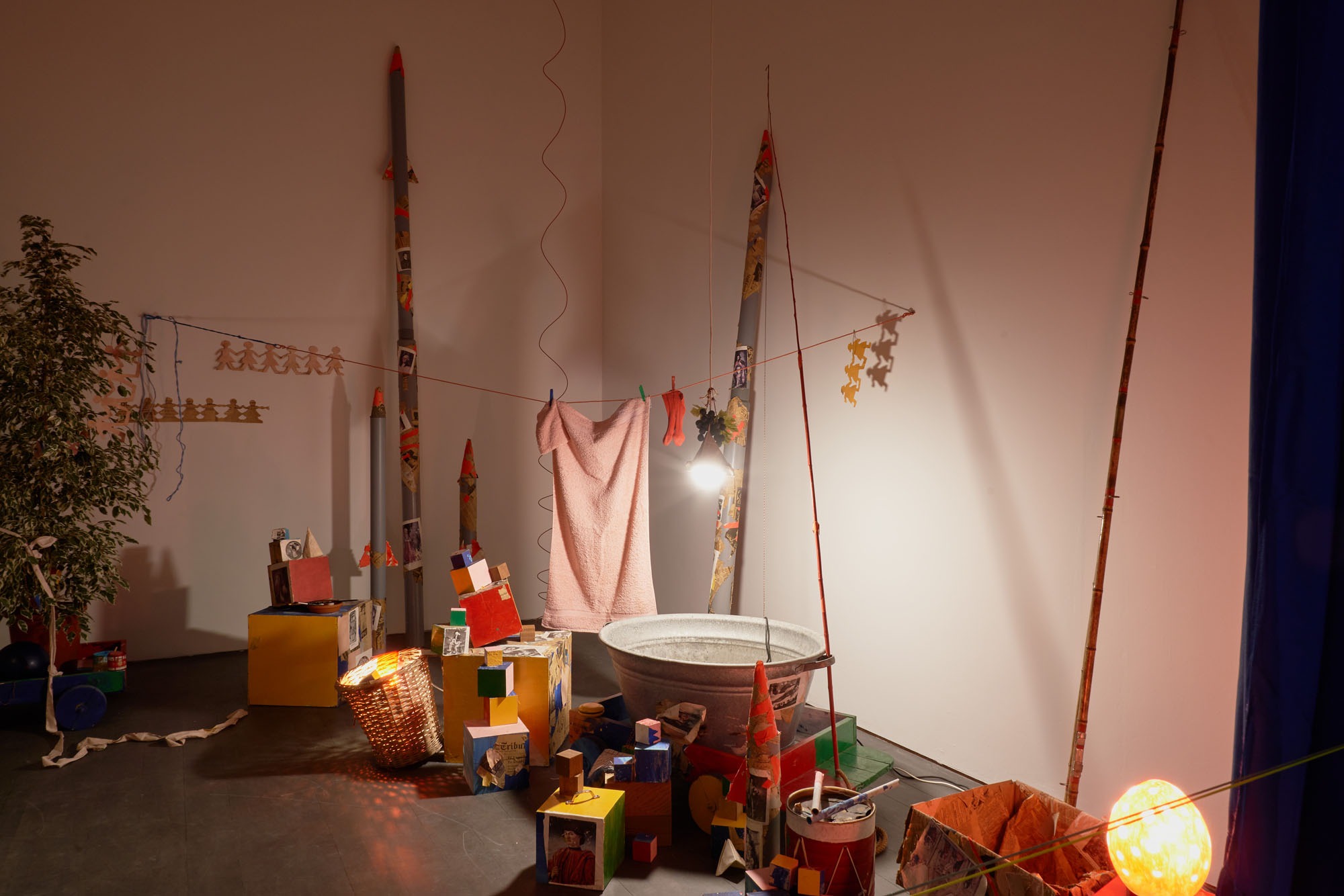 From the Collection_noWHere_S.M.A.K. exhibition view_Photo Dirk Pauwels
FROM THE COLLECTION
noWHere
30 November 2019 - 16 February 2020

The exhibition ‘From the Collection | noWHere’ unites a number of artists from the S.M.A.K. collection around the idea of the so-called ‘non-place’. In 1992, the French philosopher and anthropologist Marc Augé described the ‘non-lieu’ as a universal site devoid of social or architectural identity; a typical product of our Western super-modernity which, thanks to its ‘in between status’, will never achieve the status of a fully humanised place. Examples of ‘non-places’ cited by Augé are airports, hotel rooms, metro stations and motorways, although museums might also be candidates for this designation. Due to their impersonal, anonymous and transient nature, ‘non-places’ arouse a range of indefinable feelings, from ‘unheimlichkeit’ (uncanniness), nostalgia, detachment and dehumanisation; to a longing for, or expectation of, exoticism, escapism, freedom or a brighter future.
Whilst the ‘non-place’ is interpreted from a socio-anthropological point of view, based on its anonymous nature and effect on human psychology, many artists conversely seem to understand it as utopian. For them, the ‘non-place’ is a metaphor for the longing for a place in which pure autonomy reigns, both with regards to the art itself, and in relation to the society in which it is situated. In any case, the majority of artworks in this exhibition depict not only an unattached, distant, estranging and alienated interaction with today’s super-modern, fleeting reality; but also seldom tolerate other works in their vicinity. Hence the decision to present them here as independent of one another, as ‘non-places’ in between concrete site and mental space, between somewhere and nowhere, here and now, and there and then.
On a more contemporary social level, the exhibition ‘noWHere’ is akin to a Spartan, strife-driven reflection of our current reality, in which humane and urgent themes such as climate change, the refugee crisis, the (inter)gender debate, loneliness, leisure and housing are seemingly automatically regarded as suspicious, and against which the apparatus of power almost exclusively reacts in a levelling, categorising and (repressive) regulating way. ‘noWHere’ presents artworks that illustrate the dehumanisation of such themes, so that they degenerate into completely interchangeable ‘non-places’. Cold, dry and bordering on cynical, they rebuff any attempt at human individualisation.
www.smak.be
Edit SMAK
Francis Alÿs
Copenhagen Contemporary
Copenhagen
Bruce Nauman
Pirelli HangarBicocca
Milan
Cinthia Marcelle
MACBA
Barcelona
Mona Hatoum
n.b.k.
Berlin
Aichi Triennale 2022
Nagoya
Lyon Biennale 2022
La Biennale di Lyon
Lyon
Bergen Assembly 2022
Bergen
Steirischer Herbst 2022
Graz
8. Biennale Gherdëina
Ortisei
Manifesta 14 Prishtina
Pristina
La Biennale di Venezia
Venice
Documenta 15
Kassel
XII. Berlin Biennale
Berlin
Illusion
SpiegelArche
Roldisleben
New Museum Triennial 2021
New York
7. Athens Biennale 2021
Athens
Bienal de Sao Paulo 2021
Sao Paulo
Ruhr Ding 2021
Bochum
Made in L.A. 2020
Los Angeles
Manifesta 13 Marseille
11th Berlin Biennale 2020
Berlin
Yokohama Triennale 2020
Yokohama
Biennale of Sydney 2020
Sydney
Bergen Assembly 2019
Bergen
Steirischer Herbst 2019
Graz
Whitney Biennial 2019
New York
58. Biennale di Venezia
Venice
Ruhr Ding 2019
Bochum
33. São Paulo Biennial
Sao Paulo
6. Athens Biennale 2018
Athens
Manifesta 12 Palermo
Riga Biennial 2018
Riga
Liverpool Biennial 2018
Liverpool
Steirischer Herbst 2018
Graz