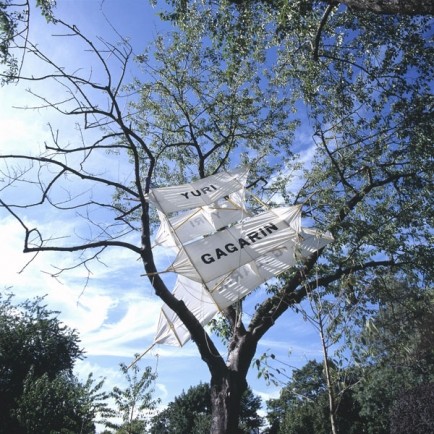 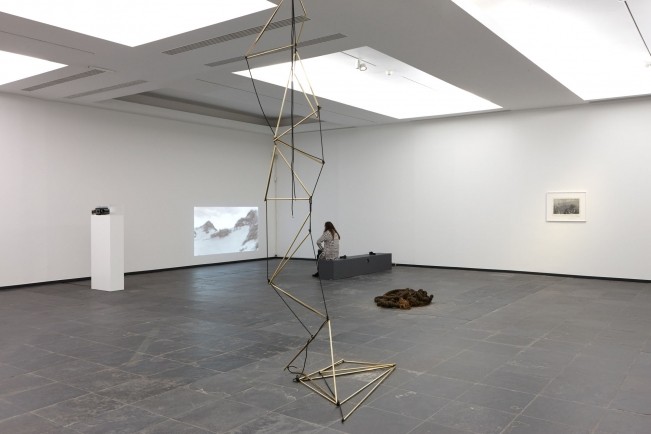 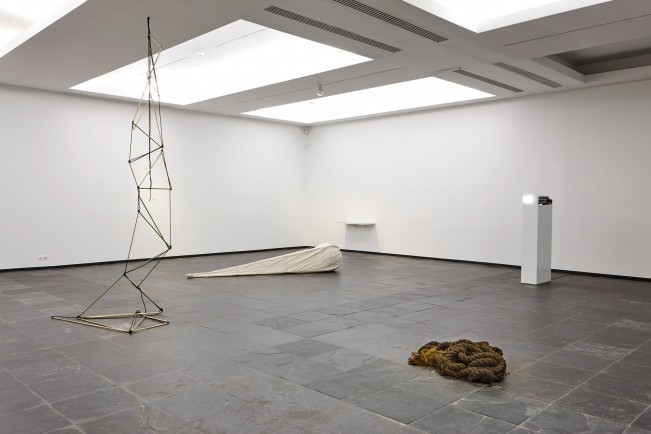 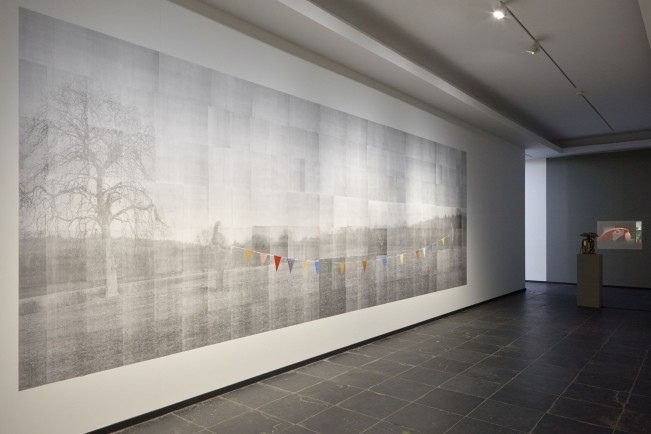 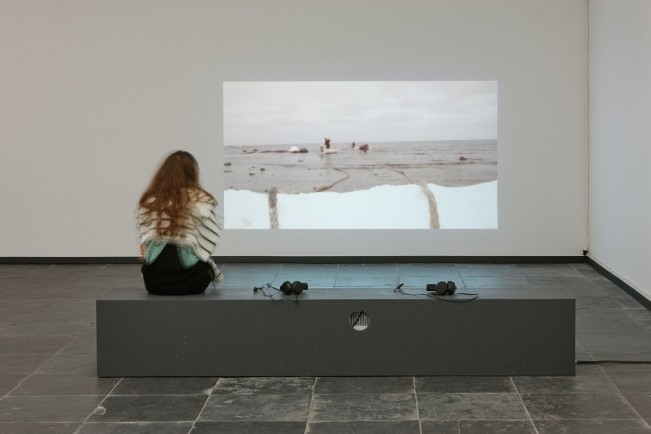 GAGARIN the Artists in their Own Words is a six-monthly international artists’ periodical that was founded by Wilfried Huet in 2000. It comprises commissioned pieces or unpublished writings by artists who may be at work anywhere in the world. GAGARIN gives artists the opportunity to express themselves freely in the written word. Its editorial outlook is specifically artistic and corresponds to John Baldessari’s statement that “Talking about art is not art. Talking can be art, but not when it’s talking about art”.

In contrast to the normal practice in magazines, GAGARIN decided to publish a predetermined series of 33 issues. The final issue will come off the press in early 2017 and will provide the occasion for The String Traveller, an exhibition at S.M.A.K. curated by Wilfried Huet. The title alludes to the first man to travel in space and after whom the periodical was named: Yuri Gagarin.

The String Traveller will be a group exhibition in which Huet allows himself free association between the purpose of GAGARIN and artisthood, and two Greek myths set near the labyrinth in Knossos: the fall of Icarus and Ariadne’s thread. Icarus and his father Daedalus, the architect of the labyrinth, are fleeing Crete using wings they have themselves made out of feathers. The impetuous Icarus flies too close to the sun; the wax holding the feathers together melts and he plunges inexorably into the sea. Theseus, using the ball of golden wool that Ariadne gave him, finds his way out of the labyrinth after killing the Minotaur.

In the curator’s contemporary scenario, Icarus and Ariadne become the artist’s alter egos. Today’s Icarus understands the impossible nature of his creative act, but repeatedly tries to transcend the risks it involves. And although Ariadne did not build the labyrinth, she is the first to interpret it and creates architecture in the modern sense of the word, in the form of a conceptual act linked to representation: drawing, writing, making models etc. The labyrinth itself becomes the reflection of the globalised society in which the artist, as a traveller-commentator, unwinds his threads by means of words and imagination.

Wilfried Huet is setting up the exhibition like the writings in GAGARIN: by starting from zero. The first artist is invited to select a second who contrasts with the first and then a third and a fourth who offer comparable contrasts. This gives rise to a rich network of varied connections.

S.M.A.K. and GAGARIN first joined forces in 2010. Since then, the periodical has been in residence as a living contribution to the museum’s collection. Their collaboration was launched with the exhibition GAGARIN the Artists in their Own Words – The First Decade and an event entitled S.M.A.K. going GAGA, and we are now bringing the series to an end with The String Traveller and a supplementary programme.
www.smak.be