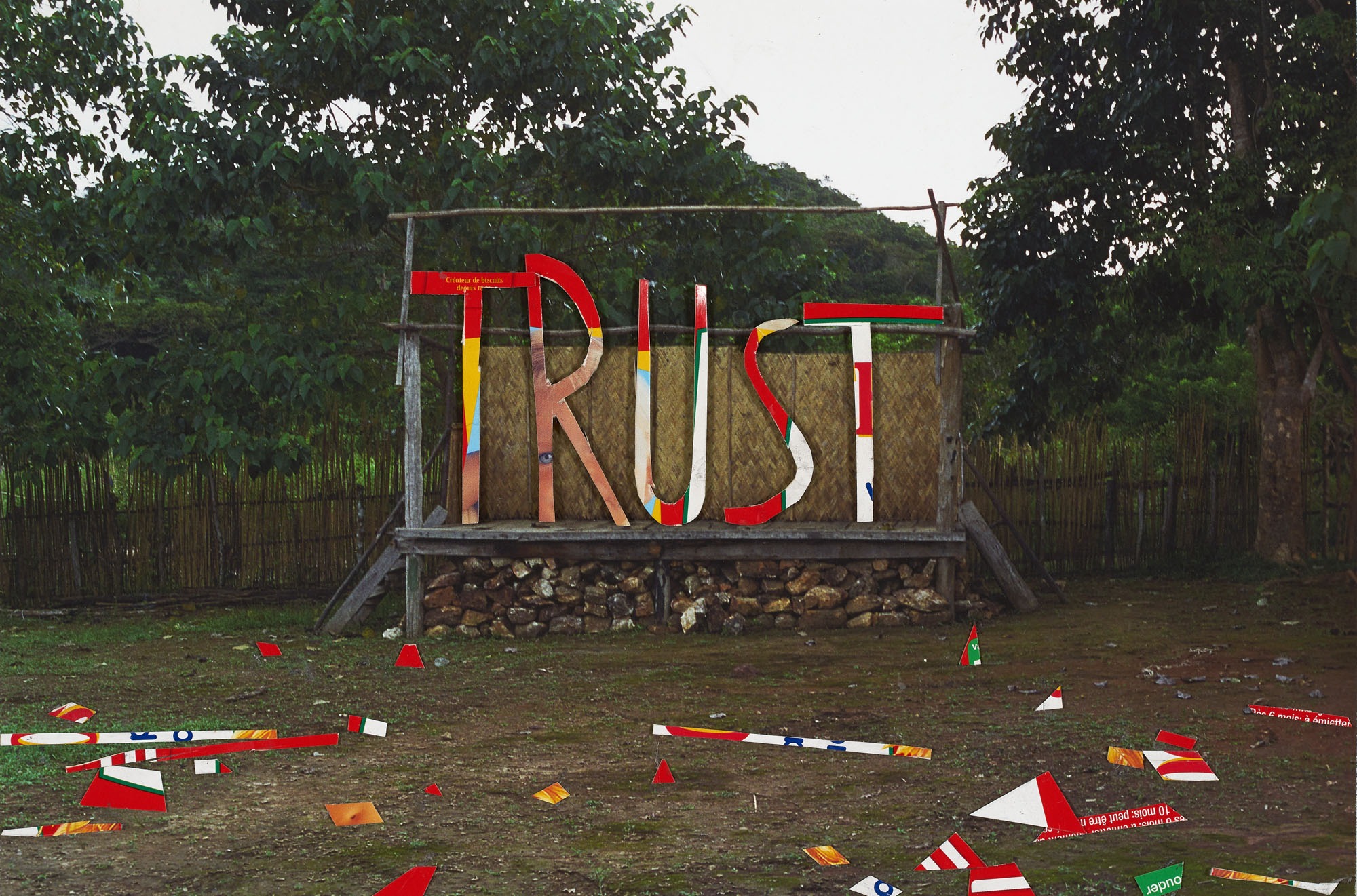 The TRUST exhibition is the first joint project by Les Brasseurs arts centre (Liège) and S.M.A.K. (Ghent). It presents a series of artworks from the S.M.A.K. collection that have been purchased or received as gifts in the last few years. The title of the exhibition derives from a work by Peter Morrens that was acquired a couple of years ago. Almost all these works are now being shown to the public for the first time.

Following the ‘Ungenau’ exhibition (Geel, 2015), this is the second time that a special selection of artworks is being presented at a different location. This exhibition can be seen as a comment on the world we live in, and we can say that the artworks are political or committed because they are related to society. For each of the artists taking part, art history is a flexible foundation out of which they can develop a visual idiom rooted in the globalised present. TRUST touches cautiously on the (art) world. It is put together in the way one makes pencil notes in a book. It is a ‘study’, and provides a prompt response to a changing world.

The title was chosen deliberately. TRUST is an almost old-fashioned sounding word that says something about the intentions of and the collaboration between Les Brasseurs and S.M.A.K. But at the same time it also says something about how we can relate to the artist. Les Brasseurs and S.M.A.K. share a trust in the artist and the contribution he can make to societal debate.

Two round-table discussions will be held in the course of the exhibition. The first, on the theme of ‘Political-artistic / Political-cultural’ is at 5 pm on Saturday 29 September. The directors of several arts centres and actors from the contemporary art scene in Flanders and Wallonia will enter into debate.