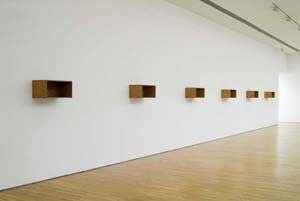 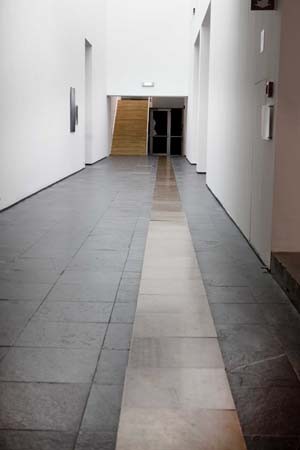 The exhibition 'Upside Down', in collaboration with the Museum of Contemporary Art, S.M.A.K. in Ghent, deals with the formal and conceptual developments in, as well as the relationships between, sculpture and dance in the 1960s and 1970s.

The exhibition will consist of two parts. The first part, entitled 'Specific Objects' (5 October - 3 November) will be a historical exhibitionand will include works by among others Robert Morris, Carl Andre, Andre Cadere, Lili Dujourie, André Cadere, Dan Flavin, Didier Vermeiren, Louise Lawler. In order to give an impression of the historical developments in dance in the 1970s, the first part of the exhibition will be "activated" by video's of the early choreographies of Yvonne Rainer, Trisha Brown and Lucinda Childs.

The second part, entitled 'Let's Dance' (15 November - 11 December) will have a more contemporary focus and will include several new productions by among others Vincent Dunoyer and Dirk Braeckman, Peter Rogiers and Joris Van de Moortel.
www.smak.be