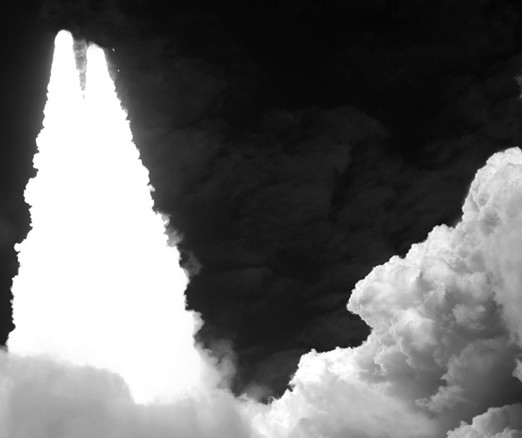 The Dark Universe takes us on a journey into the unknown, exploring the boundaries of perception through sensory installations of light, sound and vibration. The exhibition is organised in collaboration with Sonic Acts and is part of the Sonic Acts festival which runs from 21-24 February at venues throughout Amsterdam.

By making the unimaginable conceivable The Dark Universe exhibition is a quest into the unknown. As little as 4% of matter from the universe can be seen with telescopes, while the rest is described as dark matter, or dark energy. Scientists continue to develop new tools to chronicle space and time, developing and testing the Big Bang theory and zooming in on the most elementary material particles, which have recently led to the discovery of the Higgs particle. Incredible images are accumulated, created by instruments such as the Hubble Space Telescope or the Dark energy camera. In relation to this The Dark Universe presents works by artists who uncover the boundaries of what can be perceived. Astrophysical phenomena are translated and presented on a human scale; frequencies which cannot be heard are made audible; invisible energetic phenomena are made perceptible through sound. The Dark Universe presents artworks that tempt and confuse our senses in order to reveal the unknown.

Supernova(2012), by Félicie d’Estienne d’Orves represents the explosion of a star and the recycling of matter. The artist produced the work in cooperation with the astrophysicist Fabio Acero. A combination of tints, light frequencies and rhythms create an almost hypnotic experience of colour in Matthijs Munnik's Citadels: Lightscape V (2012). Flickering light, In Seeing Without Eyes (2011) Ivana Franke tantalizes the brain, to create previously unseen patterns. Patterns of light and shadow are produced in HC Gilje’s new installation. The light installation Event Horizon (2012) by Matthew Biederman plays with the vision of the ‘event-horizon’, the edges of the black hole where light escapes. Black Rain (2009) by Semiconductor is a visualization and sonification of a solar storm, based on scientific data. In ~Kulunka~ (2012), an immersive installation by Yolanda Uriz Elizalde, the senses fuse and low frequency sound waves (4Hz to 18Hz) become tangible and visible. Justin Bennett has developed a new soundwalk for The Dark Universe.

Throughout the course of the exhibition various films and documentaries related to the theme will be screened in NASA Cinema.
www.smartprojectspace.net