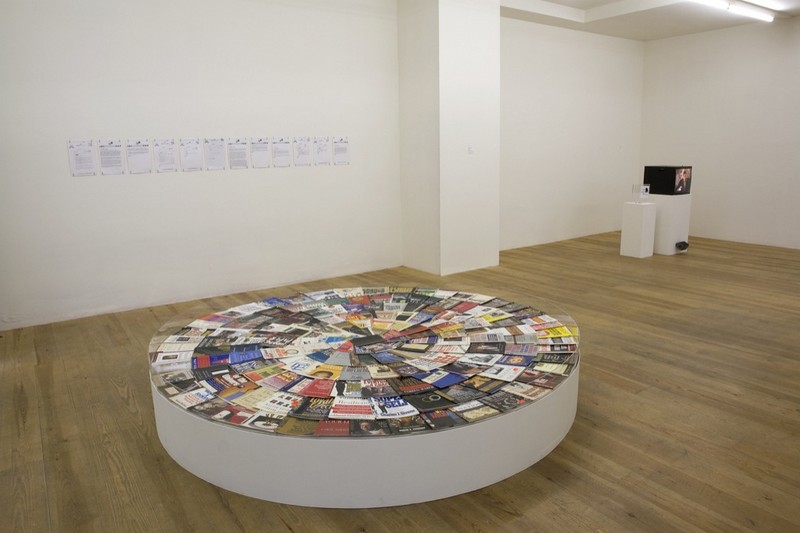 The exhibition ‘Informality’ arises from the increasing attention being given to the role of banks in our economy, and the interest in alternatives to their role. It is also a first reflection on the role of art and artists in an atmosphere of crisis and cuts in cultural funding.

‘Informality’ examines the phenomenon from the perspective of art, involving certain informal aspects of the art world itself in doing so, including the precarious position of the artist in society.

Together with the artist Matthijs de Bruijne, Stedelijk Museum Bureau Amsterdam has organised an evening with presentations by artists and groups focusing on the effort to create greater social solidarity. One of the points of departure for this evening is the lecture by Joost de Bloois, given at the opening of the exhibition ‘Informality’ in the Stedelijk Museum Bureau Amsterdam, about precarity, art and political activism. Among the questions De Bloois posed in the lecture was whether artists could fulfil a different role in society. In that new role they would be less oriented to individual creative behaviour and affiliate more with groups in our society whose position can be regarded as precarious, and which, as such, share a comparable social position with that of artists. Click here for the text of De Bloois's lecture (in English).

The evening's presentations respond to De Bloois’s idea of a different division of social roles for artists. After each presentation there will be an opportunity for public discussion.
www.smba.nl