The Memories Are Present 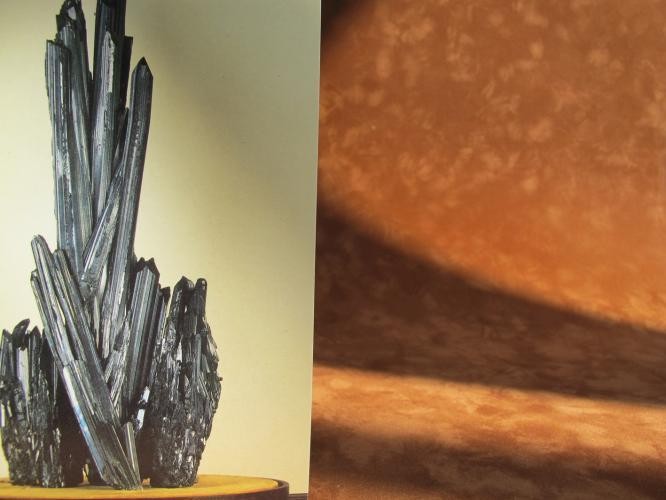 In collaboration with Artun Alaska Arasli, Pauline M'barek and Christoph Westermeier, the artists participating in ‘The Memories Are Present’, Stedelijk Museum Bureau Amsterdam interrogates the objectives that determine institutional divisions and invites its visitors to do so as well. The exhibition questions the rationales motivating the categorization of objects as art or ethnography and the old opposition between barbarian and classic.

A central aspect of this exhibition is the interest in the institutional accumulation of objects, the categorization and display of them, and the objectives related to that. The artists engage with display strategies linked to anthropological institutions, such as the diorama and the practical devices used for the presentation of photographs, masks or statures. In M’barek’s work African objects and the evaluation of them play the central role. Arasli takes the personal environment in consumer society as a point of departure and explores it in a quasi-anthropological way. Through his work he also interrogates the effect that the art institution has on the perception of objects displayed in exhibitions. Westermeier’s Barbarians & Classics (2012) installation references the structure of ‘The Family of Man’ exhibition curated by Edward Steichen for the MoMA in 1955 and re-uses it as a setting for a series of new photographic collages made by Westermeier.

Arasli, M’barek and Westermeier share an investigative attitude and an interest in the exhibition space as a place for visual discourse. ‘The Memories Are Present’ can be seen as a staged argument against clear-cut intuitional divisions between art, ethnography or documentation. At the same time, it is a critique on the mind-sets that informed such divisions, among them a way of thinking in terms of ‘us versus them’, instead of ‘us and them’. This attitude towards difference is also addressed in the ‘Really Exotic?’ video programme which, like ‘The Memories Are Present’, takes place in the framework of Project ‘1975’, SMBA’s two-year programme of exhibitions and events.

Artun Alaska Arasli (1987, Ankara) graduated from the Gerrit Rietveld Academie in Amsterdam in 2011 and was awarded the annual Gerrit Rietveld Prize in the category of Autonomous Arts. He has previously exhibited at Amstel 41 (2011, Amsterdam) and Villa de Bank (2011/2012, Enschede). Arasli will be studying at the Frankfurt Städelschule as a guest student in 2013. He currently lives and works in Amsterdam.
Pauline M’barek (1979, Cologne) lives and works in Cologne and Brussels. She studied art at the University of Fine Arts (HFBK) in Hamburg, at the École Supérieure des Beaux-Arts (ESBAM) in Marseille and the Academy of Media Arts in Cologne. Her work has been presented in solo exhibitions such as ‘Faitiche’ at New Positions/Art Cologne (2012) and ‘Trophäen’ in Sfeir-Semler Gallery (2011), and group exhibitions such as ‘Weisser Schimmel’ at Harald Falckenberg Collection (2010, Hamburg). Currently her work is also exhibited as part of ‘Chkoun Ahna’, a group exhibition in the National Museum of Carthage, Tunisia.
Christoph Westermeier (1984, Cologne) lives and works in Amsterdam and Düsseldorf. He is a graduate of the Academy of Fine Arts Düsseldorf, and since 2011 resident at de Atelier in Amsterdam. Amongst other venues, the Villa Romana in Florence (2011), Kunstverein Bonn (2011) and Kunstverein Düsseldorf (2011) have exhibited his work. Most recently, he contributed to ‘Three Artist walk into a Bar...’, an exhibition organized by The Black Swan (de Appel Curatorial Programme 2011/2012). Currently his work is shown in ‘The Early Walnut Period’, a solo exhibition at Galerie Max Mayer in Düsseldorf.
www.smba.nl