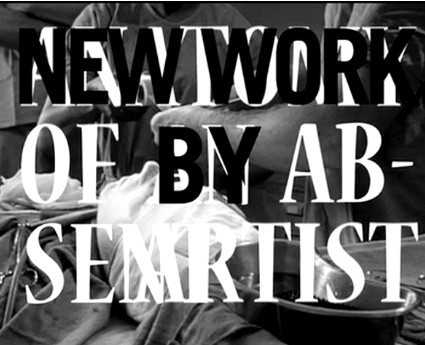 Marco Rios: Anatomy of an Absent Artist is inspired by three mid-century cinematic portrayals of “artists” who lead double lives—their public artistic personas at odds with their secret identities. With his signature theatricality and penchant for noir, Rios has produced three artworks in three different media: film, sculpture and photography. In this work, Rios enacts the narratives from Roger Corman’s Bucket of Blood (1959), John Frankenheimer’s Seconds (1966), and Perry Mason’s “The Case of the Absent Artist” (1962) and reinterprets the fictional “masterpieces” that propel these three stories.

In Frankenheimer’s Seconds, the title character fakes his own death, and through elaborate reconstructive surgery, assumes a new identity as an artist living in Malibu. Casting himself as the title character, Rios employs devices such as prostheses to allegorize the physical and conceptual process of transformation. Perry Mason’s The Case of the Absent Artist centers on a successful comic strip artist who intends to abandon his commercial life and relocate to Majorca to concentrate on his “real” art, but is brutally murdered the night before his departure. Rios recreates the main character’s painting titled, “A Day’s Catch” as a photographic self-portrait on the shores of Majorca. Finally, the protagonist in Roger Corman’s Bucket of Blood, attempting to create his first celebrated “masterpiece,” accidentally stabs his landlady’s cat. He conceals the carcass in plaster, creating an Arp-like, entombed white modernist form. Rios re-imagines the sculpture as a macabre, yet modernist, taxidermy pierced by a large knife and rendered in sleek silver electroplate. Using these three fictional narratives as source material, Rios reimagines each of the main character’s aesthetic creations and the collapses cinematic, artistic and biographical in fiction and reality.

About the artist:
Marco Rios was born in 1975 and lives and works in Los Angeles. He received his BFA from Otis College of Art and Design and his MFA from the University of California, Irvine. Recent exhibitions include Simon Preston, New York, LA><ART, Los Angeles, and, with Kara Tanaka, Yerba Buena Center for the Arts, San Francisco. He was also included in Let Them Eat LACMA at the Los Angeles County Museum of Art, This is Killing Me at the Massachusetts Museum of Contemporary Art, North Adams, and the 2008 California Biennial at the Orange County Museum of Art, Newport Beach.

About the curator:
Jeffrey Uslip is curator of Marco Rios: Anatomy of an Absent Artist. Uslip was born in 1977 and lives and works in New York City. As curator-at-large for the Santa Monica Museum of Art, he recently organized Michael Queenland: Rudy’s Ramp of Remainders and Agnes Denes: Body Prints, Philosophical Drawings, and Map Projections, 1969 – 1978. Uslip has also organized exhibitions for PS1/MoMA, New York, Artists Space, New York, Columbia University’s Graduate School of Arts and Sciences, California State University, Los Angeles, and LA><ART, Los Angeles. Uslip has lectured at the Yale University School of Art, the Whitney Museum of American Art, New York, and is an online contributor to Artforum. Uslip is currently a PhD candidate at The Institute of Fine Arts, New York University.
www.smmoa.org