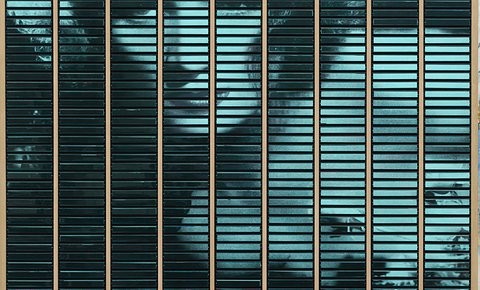 The term "apparition" may refer to a supernatural appearance of a person or thing, especially a ghost or phantom; in astronomy, it refers to the appearance or time when a comet is visible.
Apparition explores works of artists intrigued by the action-object relationship, relating to traces of motion in material. These traces might be elusive, as some works in the exhibition try and question the very attempt of capturing past occurrences within a present relic.
Featured works examine the links between what is classified as performance art and the artistic object itself. That is to say, traces of a performative action are present in these works, whether more literally – referring to the act of creation, or conceptually, demonstrating a preoccupation with the matter of time and the suspension of fleeting movements.
The thought of traces in Apparition comes across in works that reflect an always-absent presence, the indications of absence that define a presence. This thought also leads to works that reside or create some sort of a "ghostly" sphere.
At the center of the exhibition stands the question of physical matter used as testimony, as a vehicle for the un-present.
www.sommergallery.com