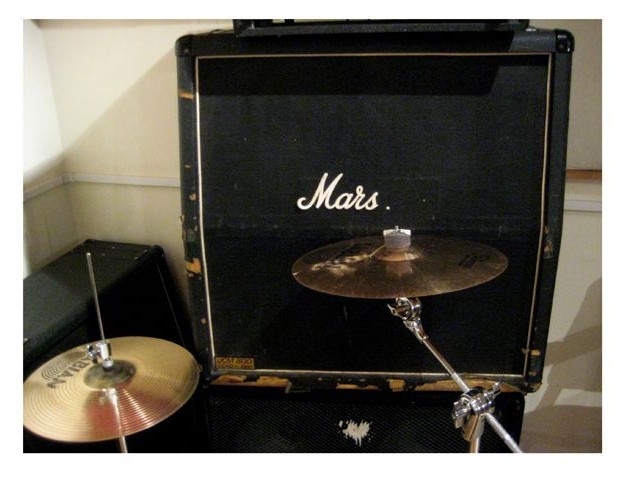 Missing Beat brings together 13 established and emerging international artists, whose works all share an affinity to music. At times, this affinity is seen as direct reference, when serving as concrete material in sculpture and assemblage paintings, as homage to a musician or citation of song, or as collaboration between visual artists and musicians. In other instances music is brought about by the overall mood of the artwork and the way in which it gives shape to the fleeting and the ephemeral. Sa'adane Afif asks different writes to respond to his artworks in writing, and presents these texts as wall pieces that are then composed into songs by fellow musicians; Gregor Hildebrandt integrates LP records and cassette tapes into his works that are given the title of the song that "appears" in them (by being recorded on the tape or vinyl); Jack Pierson composes his characteristic letters to make up the name of the American 70's soul singer Evie Sands; and artist and composer Christian Marclay presents a series of photographs from recent years that are part of his large oeuvre that explores the seam between image and sound.

The artists of Missing Beat work principally in sculpture and their works share a heightened sensibility to the history of their medium. From Tom Burr's post-minimalist poetic sculptures to Anselm Reyle's elegantly satiated assemblages, and all the way to Martin Creed's conceptual works that are in constant change, the works note and respond to the formal and material concerns of groundbreaking moments in twentieth-century art, such as Cubist collage, Dada, Fluxus and sculptural Combines. Missing Beat is based to a large extent on intuition, both in its choice of works and the works' arrangement. As a whole the exhibition offers a glimpse into the current state of sculpture in it various incarnations.
www.sommergallery.com