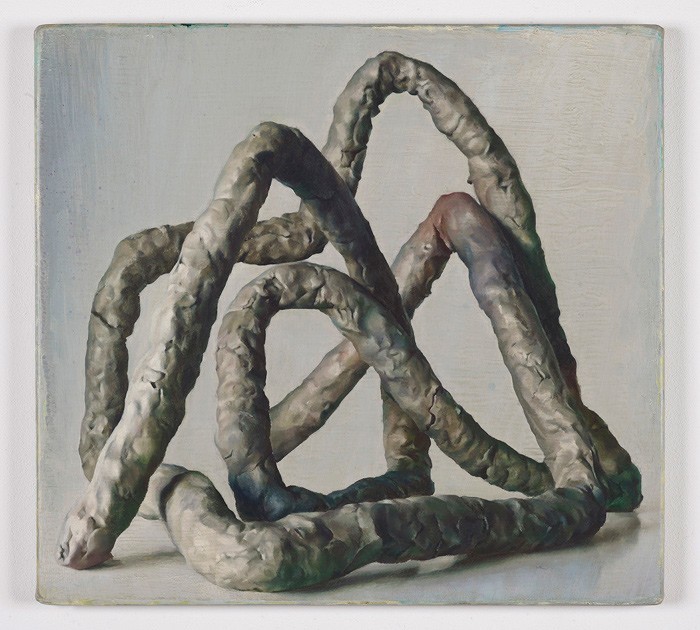 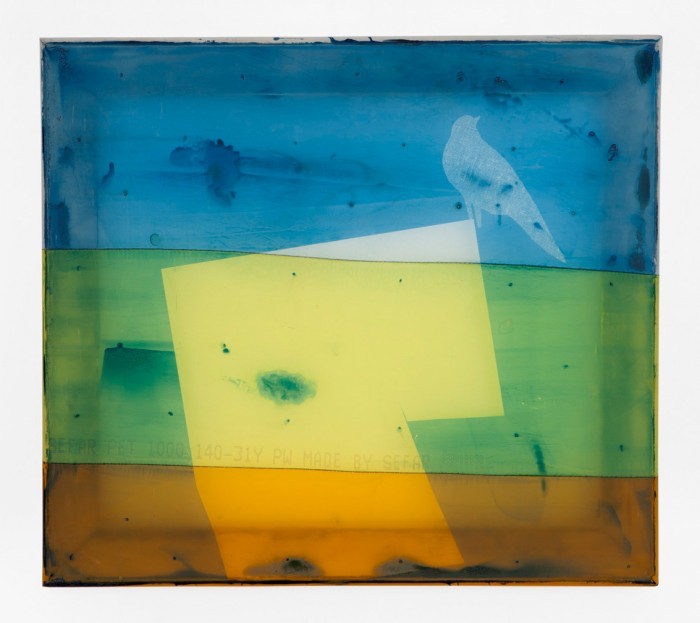 Starting with the idea of how a sculpture or other artistic object can find a two-dimensional interpretation, Damien Meade and Natasza Niedzioka have developed their own unique approaches to render this translation. Both artists explore differing approaches to making works that are playful yet uncanny and atmospheric.

In beautifully incisive small-scale oil paintings Damien Meade, who studied in Dublin and at Chelsea College of Art in London, transfers sculpture onto canvas, using pieces formed from clay beforehand as a model for painting. These maquettes are not quite topographic and not really human; some resemble busts, while others are free-formed meandering assemblies or even clay surfaces pressed almost flat. Traditional sculptors would then proceed to form a more finished version of the sculptural sketch, but Meade opts to go through this process using the painting surface, deftly employing multiple layers of oil paint to develop rich detail and subtle depth within each work. While the sculpted models are expressionistic the painted translation resists any kind of painterly texture – resulting in a tension between the original ectoplasmic forms and their painted rendition.

Natasza Niedziolka, who studied at Kunstakademie Düsseldorf under Tal R, displays two series of crosspollinating works. Combining modernist abstraction with organic symbols, she develops compositions that often employ textiles to refer to the history of painting. Niedziolka’s imagery is influenced by archetypes, in this case featuring vessels, birds and plants. The new works for this exhibition are made with silk thread onto silk canvas, giving them a delicate and subtle beauty. Often these works test the limits of sewing in a way that simultaneously acknowledges folk traditions and modernist experimentation in a raw and witty way. In a second series of works Niedziolka employs silk-screen techniques by using the screen itself as a photogram. These have been coated in photo-sensitive emulsion before being exposed, so that the traces of an absent composition remain as an inverted shadow, the surface stained with light.
sommerkohl.com