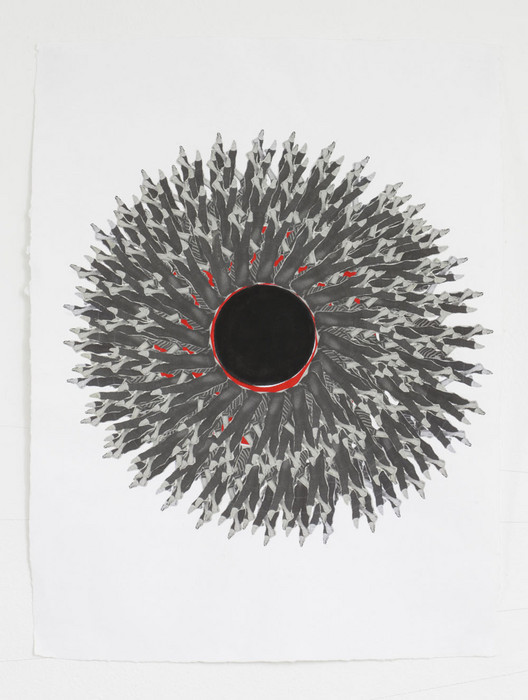 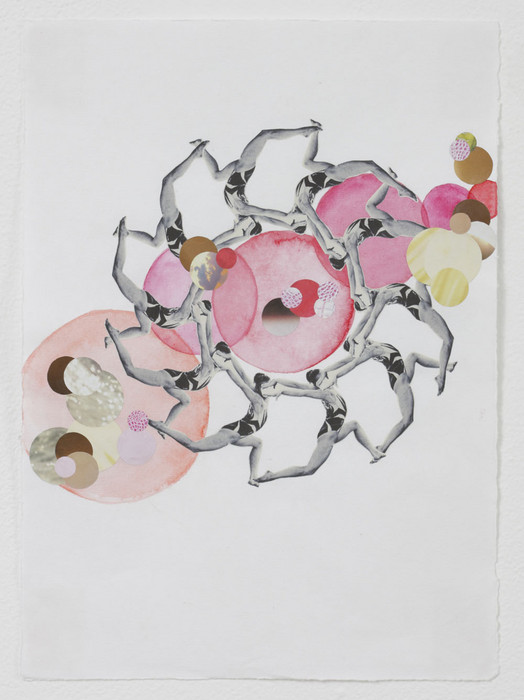 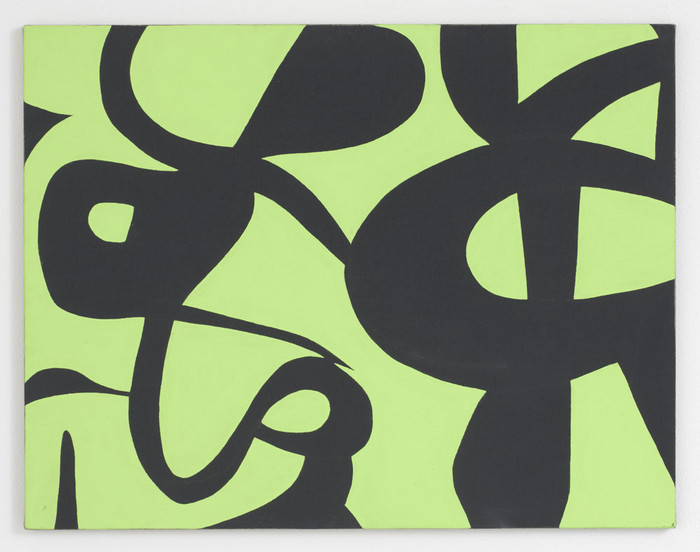 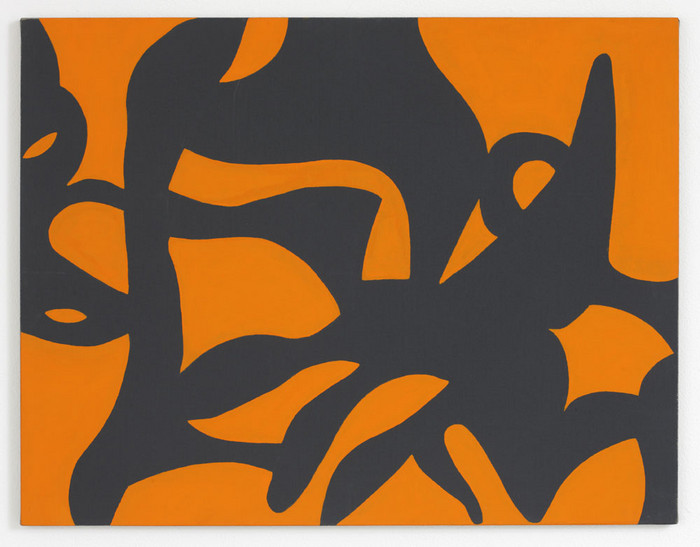 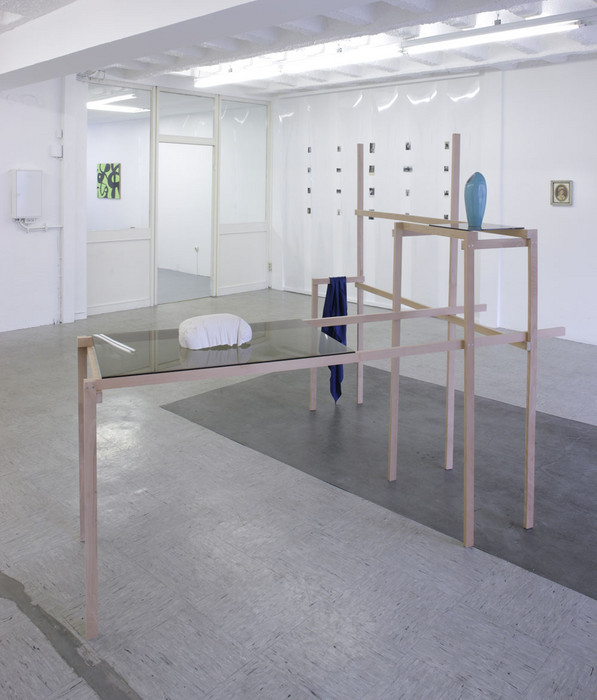 Italian artist Carla Accardi's (*1924) "Origine" was produced in 1976, when the artist dedicated an exhibition to Artemisia Gentileschi as part of the artists' group "Rivolta feminile". This 17th century painter became an important role model for the feminist concerns of the 1970s. In Accardi's work, strips of transparent foil loosely attached to the wall are interspersed with several photographs from her life and that of her mother Vita Accardi. By displaying an ancestral portrait of her great-great-aunt, Accardi focuses the view onto the female ancestral line. The use of transparent foil establishes a connection between the flat wall and the space. Carla Accardi constantly sought to distance herself from two-dimensional painting. By aiming to extend the picture-plane, she managed to create a spatial dimension within her oeuvre.

Using Accardi's work as a starting point, the exhibition "You Just Keep Me Hanging On" (Lou Reed, "Perfect Day", 1972) aims to show the permanent process of experimentation, production and repetition within art. Alongside Carla Accardi, two younger artists are part of the exhibition. They are at the very beginning of this process and indirectly profit from the disengagement with a certain medium. They have different premises when making site-specific installations, but conceiving space in a specific way and understanding its intent also play an important role.

German artist Dagmar Heppner (*1977) characterises interior space as private space by giving it a personality with help of various objects. For the exhibition, she constructs a light wooden structure which references, in a reduced way, the aesthetic of interior decorating systems and exhibition displays. On it, she places objects which hold personal references as much as they point to a collective consciousness.

Rhythm and repetition – as they appear in Carla Accardi's two new paintings – evoke scientific illustrations and are also important elements in the most recent collages by Italian artist Deborah Ligorio (*1972). Ligorio usually works with video; capturing, cartographing and analysing landscapes with her camera and transferring them into moving images. Here she re-assembles absurd repetitions of body parts or female figures into new forms. Biological processes and human networks are specific inspirations for these latest pieces.

Dagmar Heppner will have a solo presentation at Positions, Art Basel Miami Beach with Galerie Eva Winkeler from 4–7 December 2008. Works by Deborah Ligorio can be seen until 26 October in the group exhibition Moral Fantasies, Kunstmuseum Thurgau, Kartause Ittingen (CH); from 19 June in XV. Ouadriennale di Roma, Palazzo delle Esposizioni, Rome (I); and from 19 July at Manifesta 7, Principle of Hope, Trentino, South Tyrol (I).