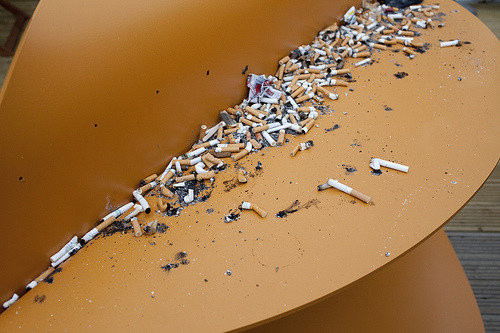 Internationally acclaimed Mexican artist, Gabriel Kuri, presents his first solo exhibition in a London public gallery with an entirely new body of work. He has devised an installation in three parts, spanning the SLG’s main space, Clore Studio and interlinking back garden. Primarily the work addresses the nature of sculpture, the formal possibilities it affords and the artist’s ongoing exploration of the relationship between ‘hard’ and ‘soft’ materials and resources. The pieces in this show were also born of an exploration of ideas and imagery associated with housing, shelter, aid and economics. Inspired in part by the SLG’s proximity to the housing estate behind it, and the gallery’s links with the residents, the works are underpinned by Kuri’s reflection on the role of speculation in real estate.

In the SLG’s main space, back garden and Clore Studio, a series of ‘hard’ sculptures – large, uniformly painted metal shapes – refer to the language of statistics or graphic representations of data. By presenting these related forms in sequence, each one embodying a slightly different relationship between positive and negative space, placed at different angles or tipped over on one side, Kuri exposes their potential to be perceived as abstract, symbolic and/or utilitarian. The human scale of these pieces, for example, lends them the potential to function as shelters were someone to lie beneath them. Whilst this might not be an immediately obvious reading of these works, in one instance the possibility is made overt through the incorporation of two carefully folded blankets. Laid out like a makeshift bed, the blankets also introduce a play on their use in the transport and installation of sculpture.

That the exhibition’s title could be repeated indefinitely – before contingency after the fact before contingency after the fact etc – introduces from the outset the circularity of the ideas and issues it addresses, as well as the structure of the show itself, and the relationships between the works within it. Time and again Kuri draws us into various lines of thinking which eventually take us back to where we began, albeit via a fascinating array of possible routes. The potentially eternal dialogue between form, function and materials vies with the unsolvable contradiction embodied in attempts to shape the future in the face of its inevitable unpredictability.

Supported by The Henry Moore Foundation, Catherine Petitgas, Vicky Hughes and John A. Smith and the Embassy of Mexico in the United Kingdom. With thanks to Sadie Coles HQ, kurimanzutto, Galleria Franco Noero and Esther Schipper.
www.southlondongallery.org