If You Know The Beginning, The End Is No Trouble 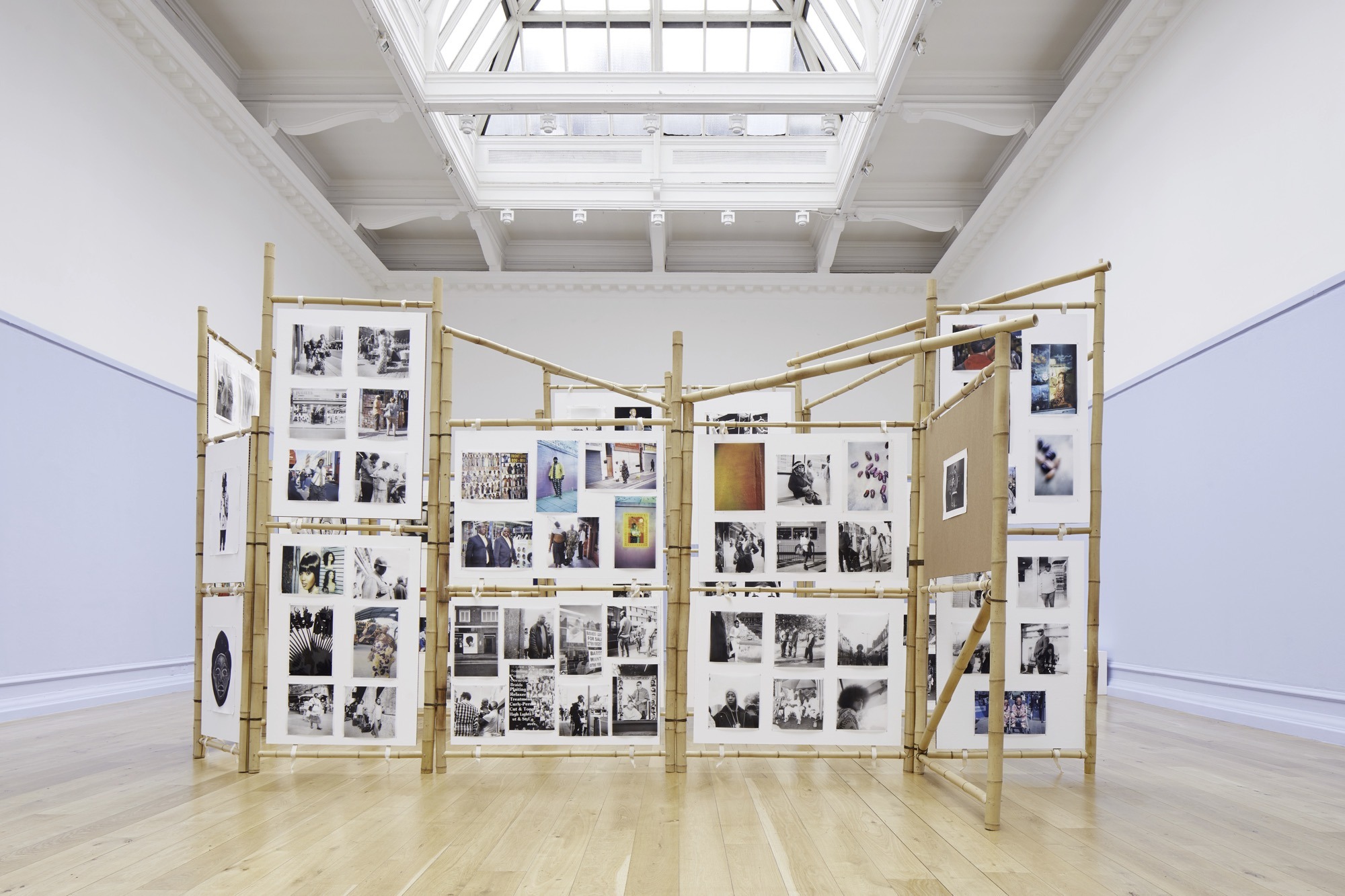 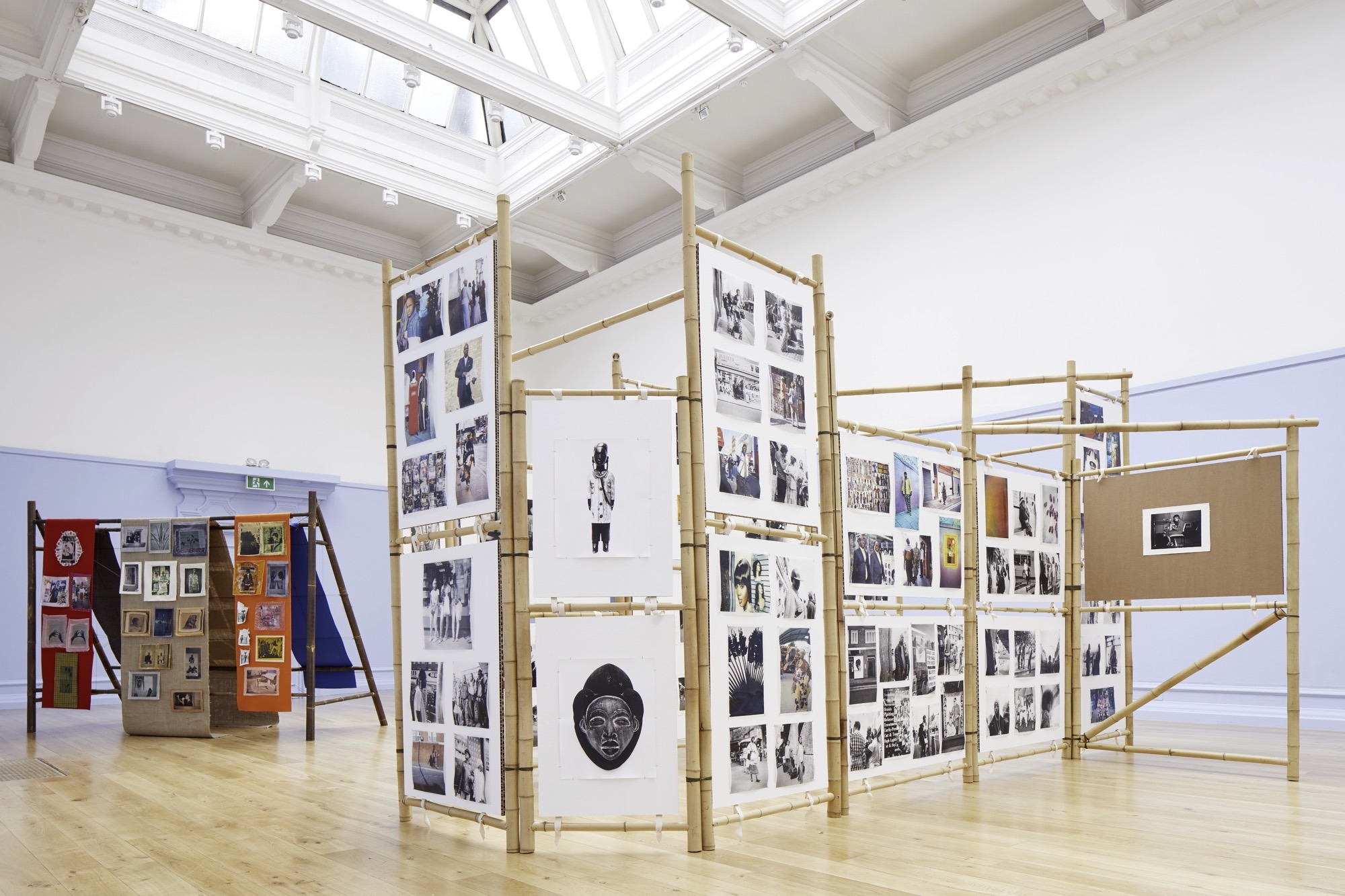 Installation view of Liz Johnson Artur: If you know the beginning, the end is no trouble at the South London Gallery, 2019. Photo: Andy Stagg 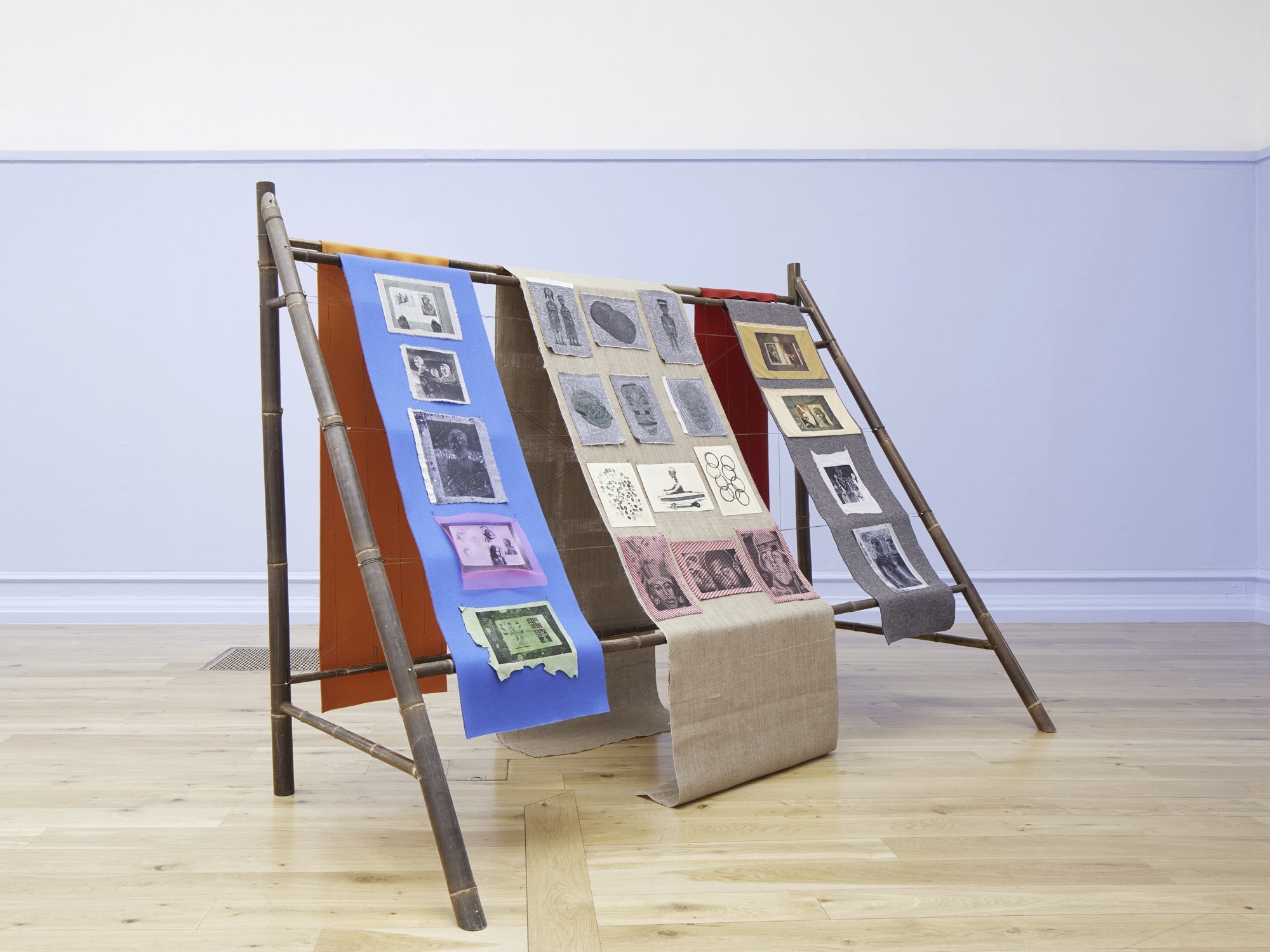 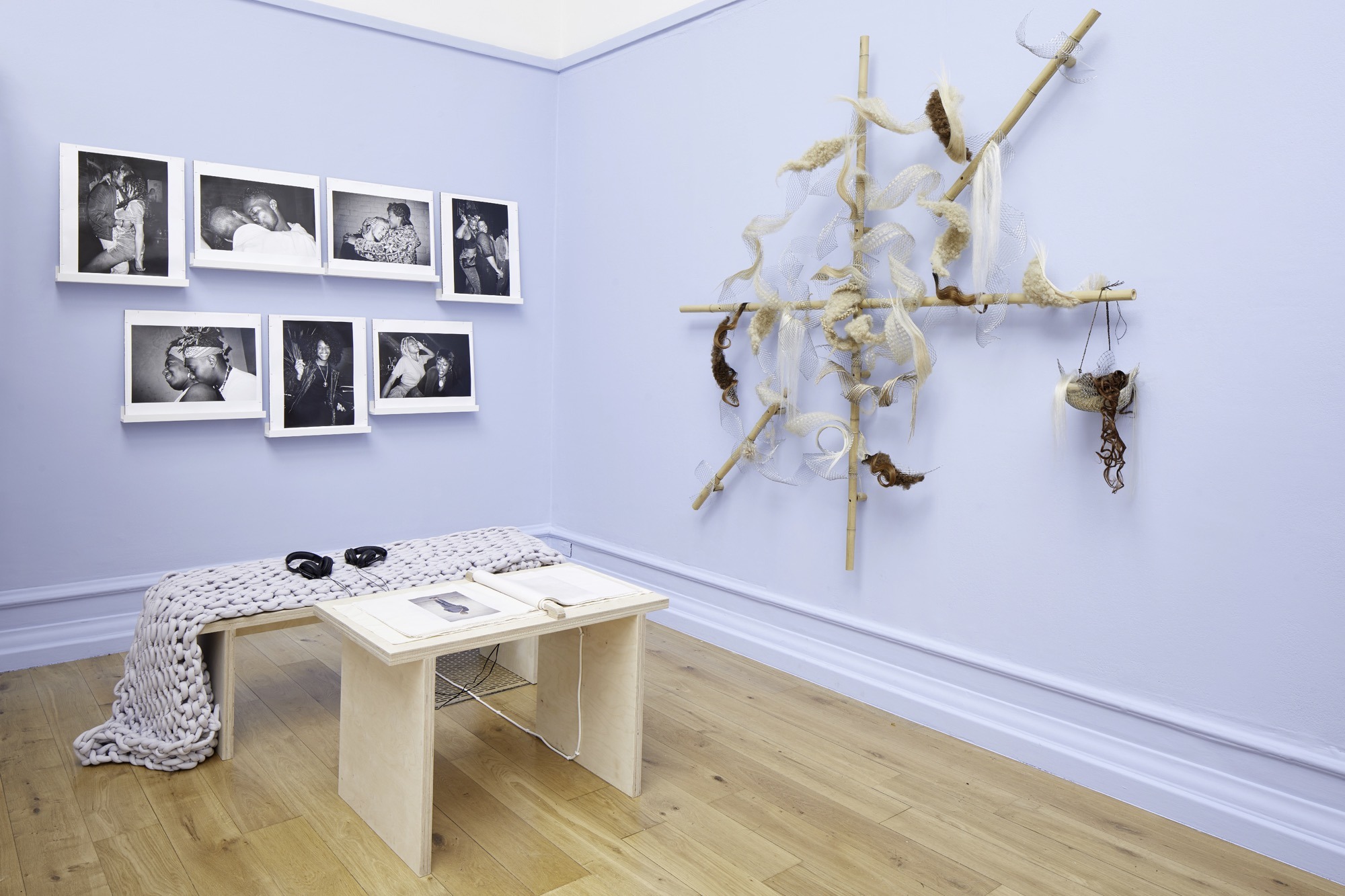 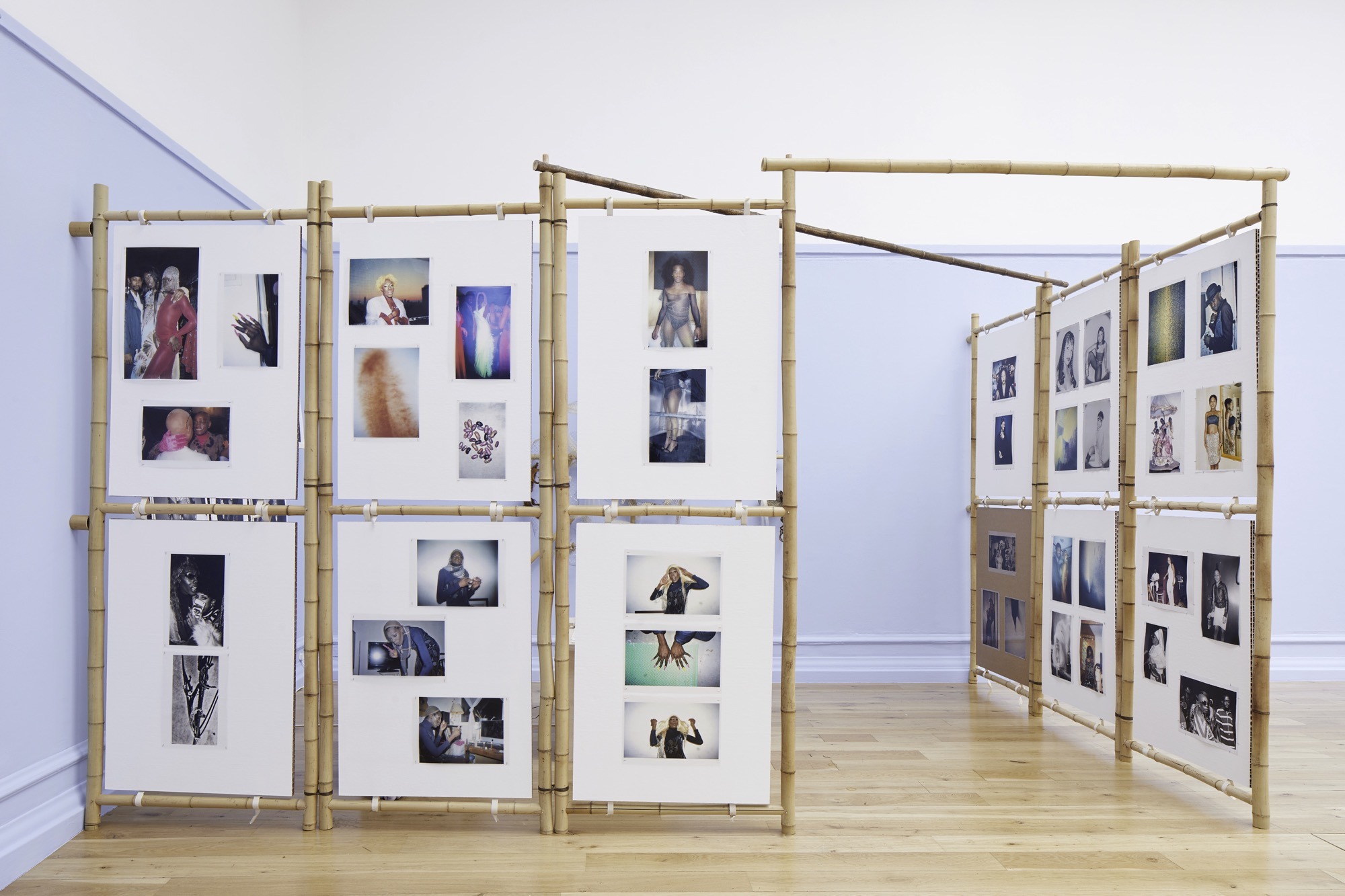 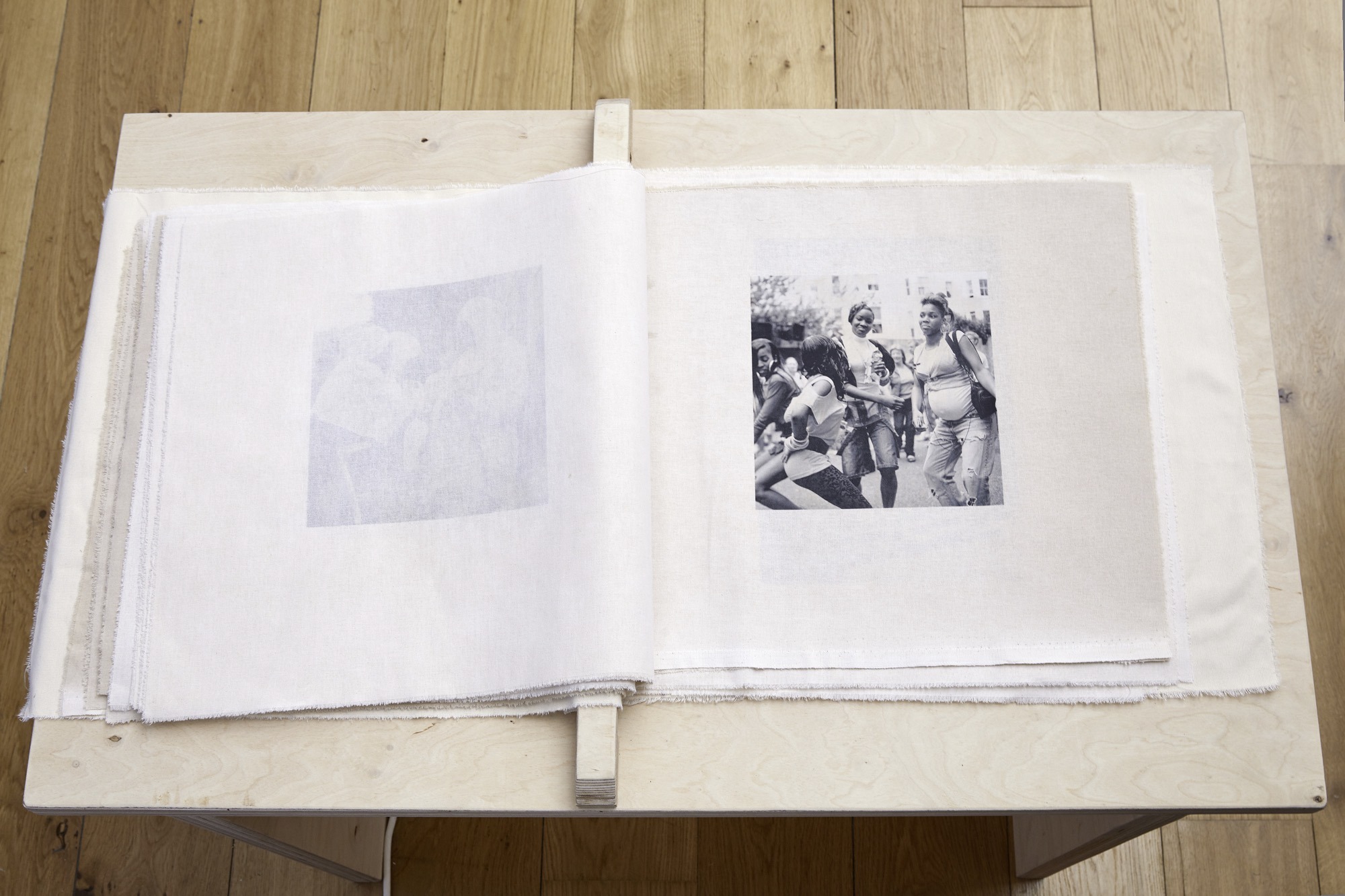 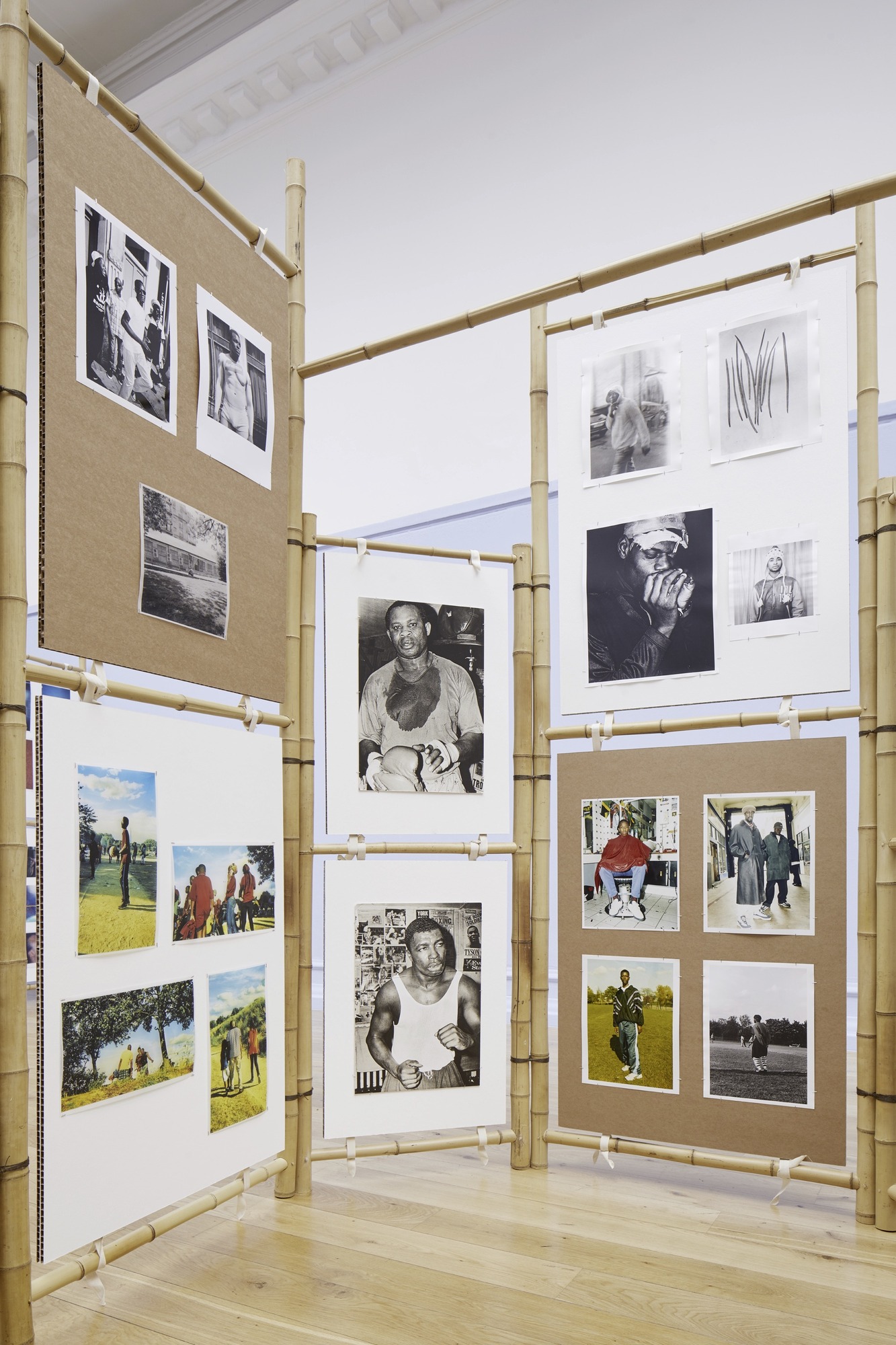 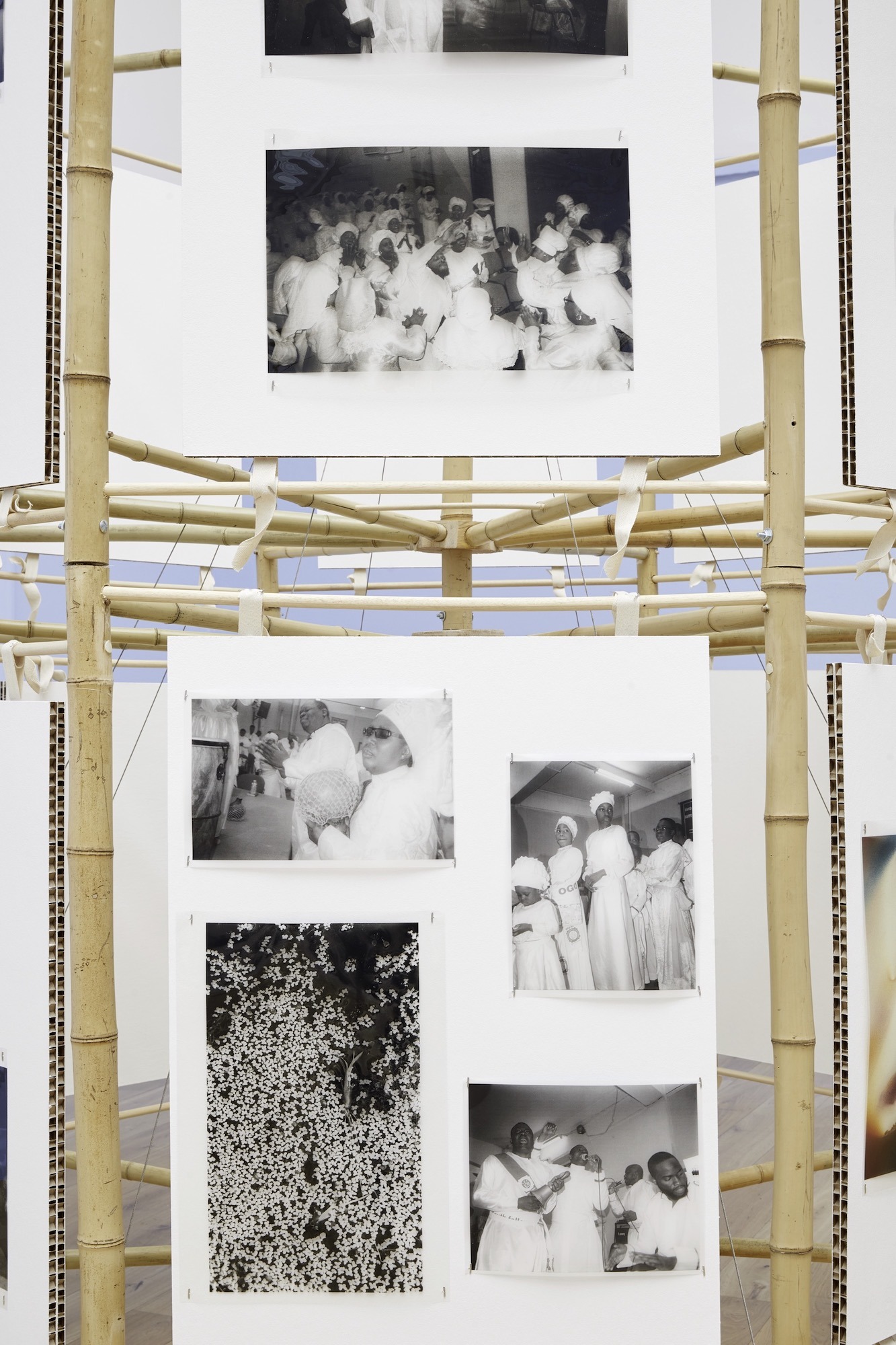 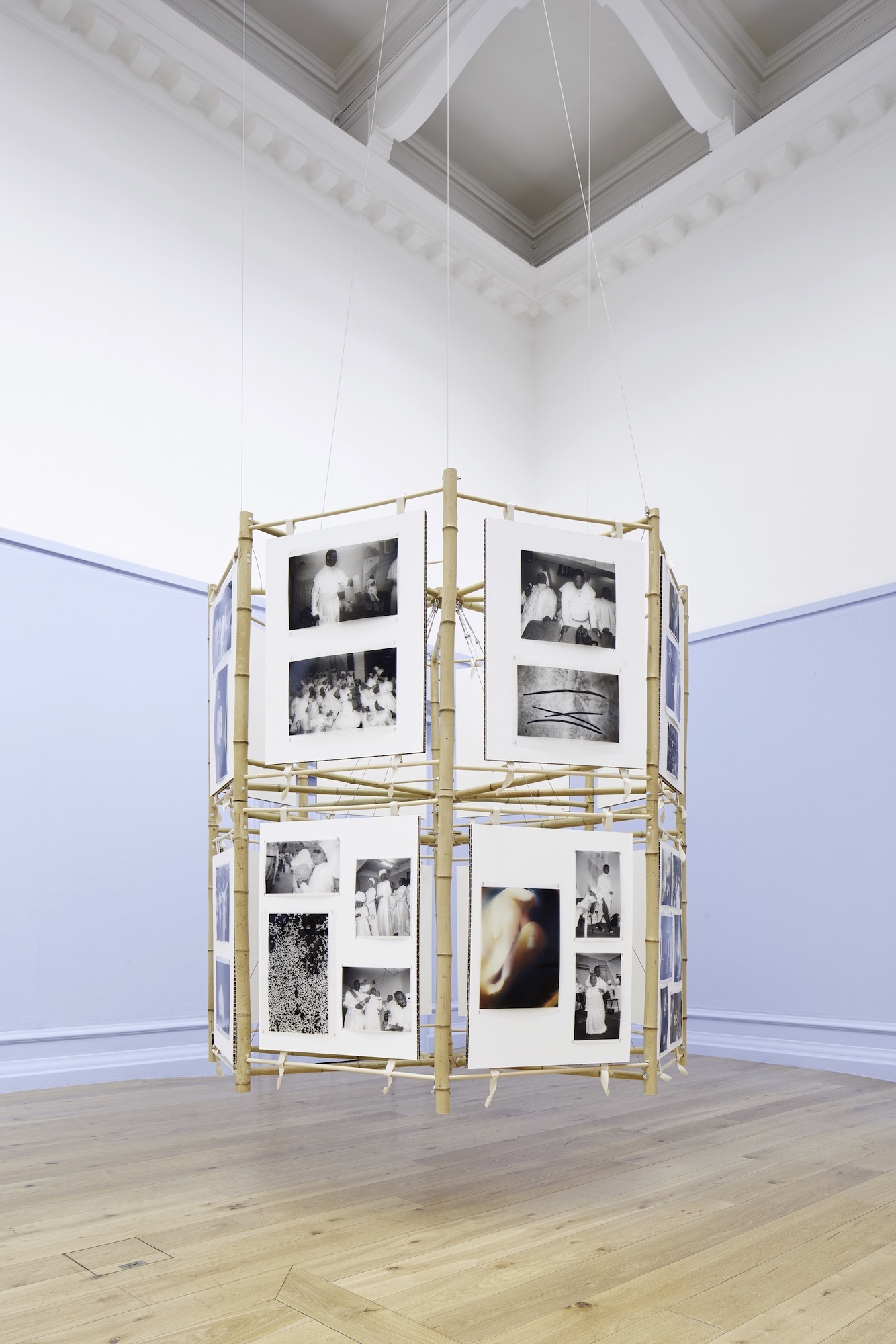 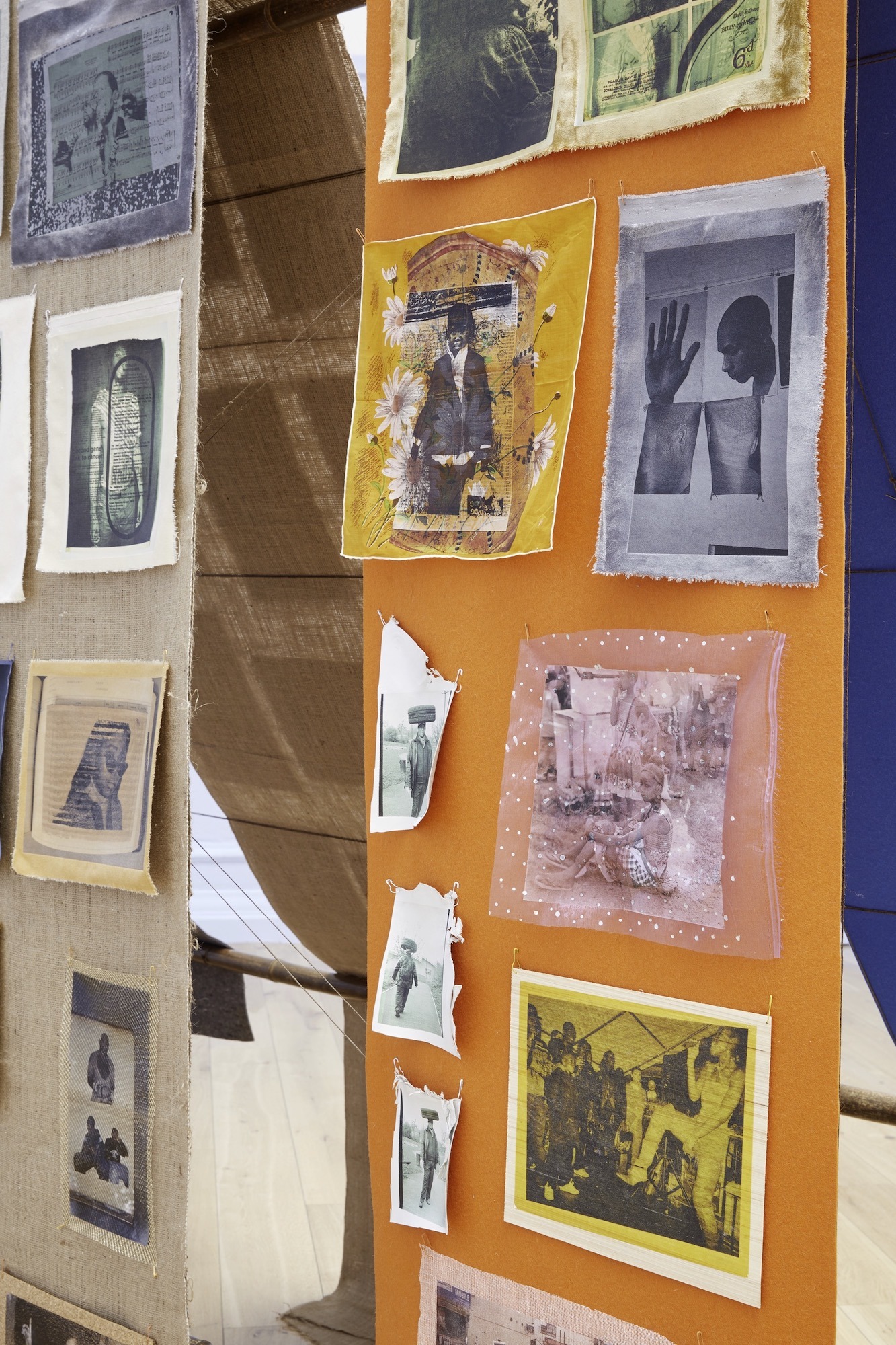 For her first solo show in the UK, Russian-Ghanaian artist Liz Johnson Artur presents new sculptural works incorporating photographs selected from her substantial archive of images documenting the lives of people from the African diaspora.

Artur has taken photographs across Europe, America, Africa and the Caribbean for more than three decades. She calls this ongoing project the Black Balloon Archive, alluding to a 1970 song lyric by Syl Johnson that describes a black balloon ‘dancing’ in the sky, which is how Artur imagines her own movement when taking photographs.

In the Main Gallery, four hanging and floor-based bamboo cane structures host a body of images taken across the city, including in Peckham Rye, at black-majority churches and at non-binary club nights. One section focuses on still life images taken in the artist’s London studio, which is home to a wealth of reference books, vinyl records and magazines.

Artur shoots exclusively on film, and here her images are printed at various sizes, materialised using traditional photographic techniques onto paper as well as applications onto fabric, tracing paper and cardboard. Artur uses these different techniques in the workbooks she has regularly made since she first picked up a camera, and the exhibition functions as an expanded version of these ongoing journals.

The sculptural structures provide a backdrop for an integrated programme of events, in which artists working across music, poetry and theatre create intergenerational collaboration, performance and discussion. An off-site event at Peckhamplex cinema and a collaboration with Theatre Peckham extend this programme beyond the gallery building. In parallel, ongoing SLG projects respond to and engage with the exhibition, including recording women’s oral histories.

The Black Balloon Archive started from Artur’s very personal desire to connect with people. She now sees the work as characterising a perspective that is “missing when it comes to representing and occupying common ground.”

Artur’s exhibition at the South London Gallery follows her first museum show, opening in May 2019 at the Brooklyn Museum, New York.

Liz Johnson Artur (b. 1964, Bulgaria) lives and works in London. For over three decades, her work has documented the lives of black people from across the African Diaspora. She has exhibited internationally, including group exhibitions at Serpentine Galleries, London, UK; David Nolan Gallery, New York, USA; The Photographers’ Gallery, London, UK; Kunstverein Leipzig, Germany; the 10th Berlin Biennale, Germany; and a solo exhibition at Brooklyn Museum, New York, USA. Her monograph with Bierke Verlag was listed by The New York Times in ‘Best Photo Books 2016’. In 2017 she was nominated for the Aimia | AGO Photography Prize.
www.southlondongallery.org