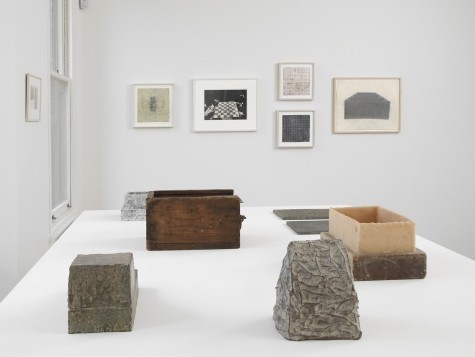 This is the first solo exhibition in the UK by American artist Richard Fleischner, introduced to the South London Gallery by Uri Aran during his residency.

Working predominantly in the USA since the 1960s, Fleischner is known for works made in and on the outdoors, embracing both land pieces and large-scale sculptures in the public realm which explore the relationship between man-made structures and the natural world. The focus of this show, however, is on a group of photographs, drawings and small-scale sculptures which together reveal the formal sensibility that clearly informs Fleischner's larger works.

With thanks to Beam Contemporary Art, New York, London.
www.southlondongallery.org