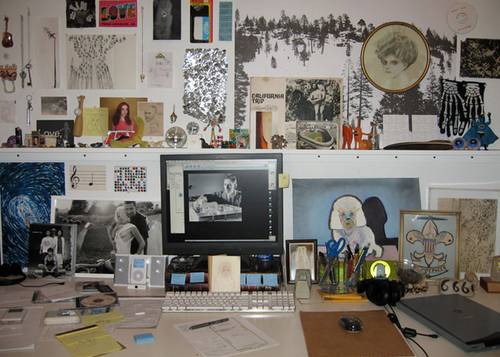 Spencer Brownstone Gallery is delighted to present an exhibition organized by Tim Barber, based on his website tinyvices.com.

Barber, a New York-based photographer, started the tinyvices site a year ago as an accessible showcase for his own and other photographers' work. The exhibition will include a complex installation of photographs, drawings, and paintings by over 60 of the artists, known and unknown, that are featured on the tinyvices website.

tinyvices is a re-conceptualized web log. It functions as a community publication, an editorial project, an art gallery and archive. The site receives thousands of daily hits, and hundreds of new images are sent in for consideration every month in response to a continuous open call for submissions. Over the past year the site has expanded to encompass images from around the world, incorporating a wide variety of subjects and styles. A frequent format is that of the 'travelogue', with Barber and others' photos of everything from cross-country road trips to a visit to the vet. Common to all of the posts is a disarmingly personal perspective. A 'China Update' link, for example, turns out to contain images of ice sculptures taken by a friend's mom on holiday.

The site includes remarkable found imagery from World War II; documentation of the punk scene in rural Bavaria; old family snapshots; and obsessively repetitive images of cats. From photos of a day at a baseball game, to a series of drawings by a kid in detention, the site is like a scrap book with dozens of authors. Summing up a kind of restlessness and desire for community that lies at the heart of much of the work on tinyvices, Barber poignantly ends one dispatch from another tumultuous night at 'the Fish', with a shot of a snow pile he spots on his way home: "If we were still kids," he writes, " this snow pile would be our Max Fish. You don't need anything but snow piles when you're a kid."

Tim Barber, 27, grew up in Amherst Massachusetts, lived in the mountains of Northern Vermont, went to school for four years in Vancouver B.C. and has now settled in New York City. He recently left a two year post as photo editor for Vice magazine to pursue a career in freelance photography, art making and curating.